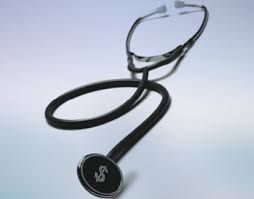 India’s concern for medicare and health is terrible

Canny economists do not get taken in by the tall talk of politicians and bureaucrats.  They prefer instead to look carefully at three sets of numbers which tell them more truthfully about the quality of governance and social equity. The three sets of numbers invariably relate to basic education, effective dispensation of justice and healthcare. After all, it is education which is the prime mover in societies. It is education that most vigorously empowers backward communities with tools to move ahead in life.  Reservation policies and support-schemes  –  immensely desirable politically  –  do work, but only marginally.  The real remover of backwardness in society is good quality school education.  Skill development comes in later. Basic education helps backward communities march forward, and challenge the conventional upper classes, without jeopardizing service level standards in administration and society.

Without basic education, reservation schemes only blunt the competitive edge of the beneficiaries. They push out merit, and corrode service standards across society. Without quality basic education, the weak are eventually rendered weaker, left fit only to do menial jobs. That reinforces their backwardness even further.  These columns have focused on India’s unwillingness or inability to arm the backward with quality basic education (http://asiaconverge.com/2016/04/lessons-education-china-india/, and http://asiaconverge.com/2016/04/higher-education-sinks-lower-in-india0compared-to-china/).  The price this country will have to pay for this continuing lapse will be very high indeed.

Access to redressal against crime is crucially important as well.  You may educate a person, but actually devise ways to deny him his fundamental rights.  You can grab his property, content with the knowledge that no court will be able to deprive you of your ill-gotten gains for 15-20 years.  This happens only because there is no programme for speedy redressal of grievances.

The third is access to quality healthcare.  Here too the signs are quite distressing.  For almost 70 years the government did not even create a mechanism for identifying which of its citizens had died.  Maybe, local politicos, bureaucrats and businessmen thought that keeping a man alive on the books – even after he is dead — would enable someone to continue stealing his share of rations and other benefits.

By the time the new government came to power, it was quite evident that “the present coverage to medically certified deaths to the total registered deaths is 20.2% and only 14.3% against the total estimated deaths.”  (more details can be found at  http://www.asiaconverge.com/2015/10/does-anybody-care-for-the-dead/).  Thus barely 15% of those who are dead get registered, and barely 20% of this number gets medically certified as being clinically dead. The present government has begun acting on remedying this pathetic situation.

If that isn’t bad enough, there is further evidence that only 57% of those who practice medicine are actually qualified. Almost 43% of allopathic doctors are not qualified (http://www.asiaconverge.com/2016/07/india-medicare-damns-the-entire-country/).  They are nothing more than quacks; and the government has still not put in a machinery to weed them out.

Is it then any surprise to discover that India has performed disastrously on the World Health Organisation’s (WHO’s) rankings of Sustainable Development Goals (SDGs)? On many of the parameters, India has been found wanting (see chart).  And there are other parameters where there is reason to suspect that the data provided to the WHO surveyors did not present the true picture.

From the data that has just been made available, India’s mortality rates on account of poor air quality and hygiene stares you in the face.  Ditto with data which shows how too many children, under 5 years of age, suffer from stunting and wasting away.

The irony is that the government first allows such conditions to destroy health, and then refuses to set up decent facilities where such ailments can be addressed.

This is not just irresponsibility.  It is callousness, which is akin to culpable homicide.

Yet, there are signs that administrators are waking up to these gross deficiencies.  Hopefully, the prime minister’s “Swachh Bharat” could ameliorate improvement in the quality of air and water. In Mumbai, municipal school performance is being reviewed.  Broken furniture is being replaced, non-functional toilets are being repaired.  But most important of all, learning outcomes of students is being looked at, to tone up school teaching and administration. At the central level, the new union minister of education has finally admitted that institutes of higher learning need to be given autonomy.

Those are good signs.  But a lot more needs to be done, before India can aspire to global greatness.

Religion and the quest for peace

http://www.freepressjournal.in/analysis/religion-and-the-quest-for-peace/1167005 Germany's quest for peace through religion — By RN Bhaskar | Nov 09, 2017 08:18 am This year marks the 500th year of the Reformation in Christianity. It...