Home Policy Watch Education – the sludge and the fudge 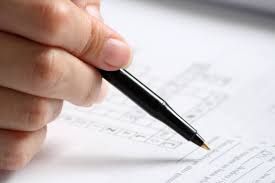 The sludge and the fudge in education sector

Last week, the legal department of the government of India finally agreed to modify the Right to Education (RTE) Act (http://mhrd.gov.in/rte). The RTE was successfully steered through Parliament in 2009.  Sadly, few realised at that time how disastrous some of the provisions of the Act would be both for education and for national pride (http://www.asiaconverge.com/2010/05/sibals-kiss-of-death/).

The worst prescription was that automatic compulsory promotion would prevent any year-wise filtering of students. The accumulation of rot in Std VIII prevented school managements from detaining over 35% of the students in that year. State governments too ensured that the failing percentages were not too low SSC examinations. A good part of school output thus got reduced to sludge.

The present government finally decided to ban automatic compulsory promotions. But it decided to limit such promotions to Std VI instead of Std VIII.

A look at the numbers alongside suggests a possible explanation. Table 1 shows that even in spite of automatic promotions, dropout numbers continued to soar.  Enrolments to Std VI had fallen from 57.5% of students enrolling for primary education in 2014 to 56.9% in 2015. If the government had stopped automatic promotions from Std V, dropout ratios to secondary education could have been higher.  The government is keen on showing the world that it has improved secondary school enrolment (under the Millennium Development Goals). So why earn poor marks.  A little fudge works splendidly.

Also remember that the largest sums are spent on school education.  So an inflated number of students means more money sloshing around. And automatic promotion precludes accountability as well. So even though this government understood how automatic promotion was corroding educational standards, it chose to limit them only after Std VI. Clearly, what matters is impressive numbers.

But watch another oddity.

First, see how enrolment at each successive level has dropped. In 2015, enrolments from primary to secondary dropped from 100% (we assume this number to be 100% for purposes of convenience) to 56.96%.  The number then falls to 38.12% at the Secondary stage. It falls further to 34% at the higher secondary level.  That’s normal. The tapering of enrolment is to be expected.

But watch higher education.  The number jumps to an unbelievable 107.96%. What’s happening?

Evidently, students who had not opted to pursue higher education and had dropped out have suddenly begun rushing to colleges.  That could be because of several factors.

Irrespective of the reason, the clamour for admission by millions of (sub-standard) students makes colleges a perfect ground for ferment and politics. That results in the further corrosion of higher education as well.  Not surprisingly, the best of organizations – TCS, McKinseys, Nasscom – have gone on record stating that barely 30% of the graduates are employable.

Now that poses a big problem.  As Table 2 shows, the total pool of graduates (arts, science, engineering, management, medicine etc) accounts for just 3.6% of India’s population.  Of these at least half are unemployable.  So you have the entire service industry growth propelled by just 1.8% of the population. 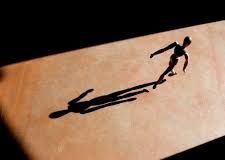 https://www.freepressjournal.in/analysis/shrinking-modi-bjp-even-india When Modi, the BJP and India begin shrinking “When small men begin to cast big shadows, it means that the sun is about to set.” —...