Home Analysis Why doesn’t the Economic Survey 2017 have the data tables? Omission or... 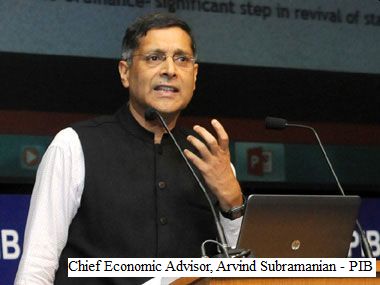 Economic Survey 2017 – where are the missing statistical appendices?

The Modi government came to power on a chariot driven by three horses.  The first heralded a promise of less government more governance.  The second assured more job formation.  The third horse drawing the BJP chariot was transparency.

With two and a half years gone by, there are fears that the first horse is being shunted off to the stables.

There is a small hidden proposed tax-amendment in the recently tabled budget that seeks to amend Section 132 of the Income Tax (IT) Act. This section deals with the government’s powers for conducting raids and seizures. It is a proposal, which seeks to give the Income Tax officials full-right to enter houses, offices or shops without giving any reason. The tax officials can seize gold, silver, jewellery, cash or other valuables – once again without giving reasons.  It can give the officials power to scan books of accounts and other documents and even take copies. This is in sharp contrast to earlier provisions where the tax department had to prove that it had reason to believe that you were hiding your wealth.  Editorials in leading publications have already begun railing against such a measure.  Undoubtedly, it will be referred to court, as it violates some of the constitutional provisions laid out.

The second promise of more jobs has already been shelved till now.  Last year was a year of jobless growth.  Demonetisation ended many jobs and there are reasons to believe that there was a negative growth in jobs.  The Economic survey of 2017 admits that job creation has not taken off as well as was anticipated.

But there is a third issue that is quite disturbing.  The government has quietly removed from its list of documents presented along with every Economic Survey its statistical compendium.

Go to http://indiabudget.nic.in/vol1_survey.asp and you will find available for downloading the economic survey either as a complete document, or chapter-wise.  But what is missing is the statistical compendium.

The statistical compendium is important because it contains almost 146 pages of tables relating to a variety of subjects. Among them are

Each of these sections has anywhere between 7-20 tables giving time-series data on developments on the economic front.

The absence of data prevents scholars and analysts from evaluating the gains or losses the economy has suffered over the years.

So was this oversight? Or was this a deliberate attempt to keep information away from people?

The government needs to explain this lapse.

http://www.freepressjournal.in/india/rn-bhaskar-india-russia-friends-for-70-years/1051178 India-Russia ties have strengthened over time — By RN Bhaskar | Apr 13, 2017 12:05 pm It was in Goa, India, that Russia’s President Vladimir Putin and...