Home Analysis Have pulses and other nutritional crops been trounced by wheat and rice? 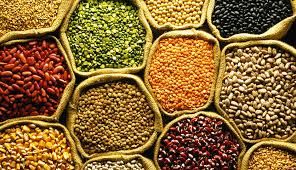 Pulse of the nation – II

Wheat and rice trounce nutritional crops like pulses in India

Part 1I will talk about why wheat and rice have grabbed the politician-policymakers minds’.  And how this has pushed back focus on nutritional crops like pulses and millets.

This estimate, said a government release, “is over and above the estimate of 330 lakh tonnes set for KMS 2016-17, for which the procurement operations are going on and the paddy procurement in KMS 2016-17 in terms of rice has already reached to the level of 292.31 lakh tonnes, as reported on February 15, 2017,” the release said, adding that this was nearly 28 lakh tonnes higher than the procurement of 264.53 lakh tonnes by the corresponding date last year (http://www.thehindubusinessline.com/economy/agri-business/wheat-procurement-target-set-at-330-lakh-tonnes-for-201718/article9545182.ece).  Much of the wheat would be procured from North India, while much of the rice from southern states. So why is the government so concerned about rice and wheat? One conventional answer is that rice and wheat represent food security.  Yes, it does, but that was in the past.

It is a given fact that as societies move out of a state of impoverishment – where survival requires them to devour rice and wheat, the need for nutrition rich food becomes more crucial.  Hence, the demand in India, for meat, fish, eggs and most importantly the entire variety of pulses and millets begins to grow.  And as data will confirm, the consumption of cereals begins to decline as a percentage of the food basket. What makes the situation even more bizarre is that grain purchases have continued over the past few decades, even when the country does not need them (http://www.asiaconverge.com/2016/05/grain-procurement-how-will-narendra-modi-government-handle-this-scam-html/) .

Planning for the rot

But why should the grains be allowed to rot?  Why not follow the Supreme Court’s advice and give the grain away free of cost to poor people.  That sounds both logical and humane isn’t it?

But no!  The government and other quasi-government authorities would rather let the excess grain rot in the sun and the rain or get them eaten away by rodents and other pests. It is then that the penny drops.  When grain gets destroyed, there is no way to find out the quality of grain that just got destroyed.  It is circumstantial evidence to the oft bandied charge that the government has been paying first grade prices for second grade gain (especially in the north for both rice and wheat).  If this grain is given to poor people, it would confirm the charge that the government has been procuring sub-standard grain.  So, sorry! No grain for people!!  It is better to let nature and the pests destroy all traces of evidence.

The biggest beneficiaries of such practices are both government officials and the farmers of the north.  There are several instances where state governments have actually changed the grade of what is considered fair acceptable quality (FAQ) to allow powerful farmers sell their sub-standard grain to state procurement agencies.  And since much of this grain goes to the millers, which are again owned by the same powerful farmers and politicians, the state allows mills to get this grain at a discount.  So the powerful farmers benefit in two ways – they get higher procurement prices for their sub-standard output. They also get discounts on the same grain which their own mills buy back from the government.  The rest of the grain which is considered inedible is allowed to rot.

It is this ill-gotten money power that makes powerful farmers even more powerful.  They dictate policies.  And they promote feudalism of the worst kind. There is another reason why the government is reluctant to announce procurement plans for pulses.   Look at the chart alongside.  Watch the way the minimum support prices (MSP) for pulses has gone up.  They are almost three times the price for wheat and rice.  And remember, the procurement prices for wheat and rice are well over the international price for such gains.  But rice and wheat are procured by the government.  The MSP for pulses is what the markets must respect.  There is no obligation on the government to purchases pulses.

Were the government to agree to procurement of pulses, there is a good possibility that existing rice and wheat farmers might switch to growing pulses instead.  After all, pulses are a hardier crop.  And today, they fetch more money per tonne than do rice and wheat.  That could have frightened India’s planners.

But isn’t there a need for India to encourage more acreage going into growing pulses (and millets) than in growing rice and wheat.  After all, — as reputed agronomists like Ashok Gulati have often pointed out – a buffer stock of 15 million tonnes is enough for India.  Today it has a buffer stock of over 30 million tonnes, without counting the tonnage destroyed by weather and pests.

Maybe the government does not want to upset the cozy arrangement it has with powerful farmers who earn first grade prices for second or third grade grain. That could explain why the government has not been aggressive enough in pushing alternative methods for managing wheat and pulses as outlined in Part V of this series.

Whatever the reasons.  Pulses have been discriminated against.  And this at a time when the demand for pulses is soaring, and the Indian farmer has risen to the occasion. We discuss pulses production in the next part and why the government had to resort to import of pulses last year. 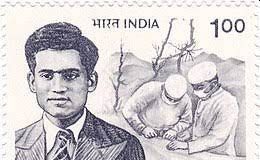 China celebrates the 111th birth anniversary of Dr.Kotnis Consul general Tang Guocai of the Consulate of the People’s Republic of China in Mumbai attends the...