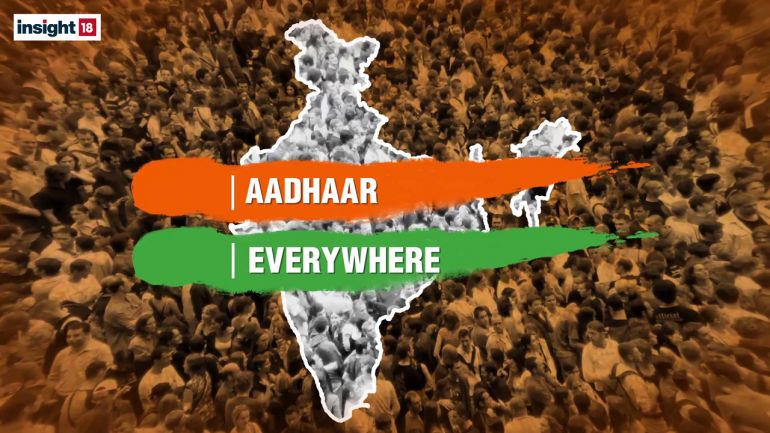 Linking deaths to Aadhaar would have allowed the government to know when to terminate entitlements and direct transfer of benefits to a recipient once deceased.

Recently, the government flip-flopped on linking the Aadhaar card to deaths. It was a good idea. Linking deaths to Aadhaar would have allowed the government to know when to terminate entitlements and direct transfer of benefits to a recipient once deceased.

But almost the very next day the government hurriedly clarified that linking Aadhaar to deaths would not be compulsory. It was as if wiser counsel had prevailed.  Someone in the government had possibly realised that this was just not possible. At least not now.

Why? A good explanation could lie in a circular that RK Gautam, deputy registrar-general, sent out to all chief registrars of all the states in India on August 28, 2014.  The contents of the circular were startling. For almost 67 years, the government at the Centre had not bothered about deaths. It could have been out of ignorance.  Or it could have been a clever way to ensure that benefits were collected by someone in the names of people who did not exist anymore.

The circular mentioned that “The present coverage to medically certified deaths to the total registered deaths is 20.2 percent, and only 14.3 percent against the total estimated deaths.”

In other words, where is the question of linking Aadhaar to deaths, when so many deaths are not even medically certified?

It is evident that the circular was issued on the basis of the ‘Report on Medical Certification of Cause of Death, 2010’  brought out by the Office of the Registrar General, India, Ministry of Home Affairs, New Delhi.
How Aadhaar will transform India in the future

It states that the report is the “thirty sixth in the series of the publication, presenting statistics on causes of death obtained through the Civil Registration System under the Registration of Births and Deaths Act, 1969. Section 10(2) of the Act empowers the State Government to enforce the provision relating to medical certification of cause of death in specified areas taking into consideration the availability of medical facilities. Section 10(3) of the Act provides for issuing a certificate of the cause of death by the medical practitioner who has attended on the deceased at the time of death. At present, the scheme has been made applicable to limited areas and selected hospitals.” What this also means is that the central government sat over such damning numbers despite 36 reports being submitted earlier. It highlights the callousness with which government officials treat death. As the old saying goes, when people forget to respect and remember the dead, they even forget to respect the living. And as the chart alongside shows, the least registered deaths are in those states that are also the most oppressed. Clearly, someone had found an incentive in not registering deaths.

Mercifully, the present government has woken up to this situation.  It has issued the circular to register deaths properly. Presumably, the collation of such data is now being monitored. And till such data is actually collated, expect more than 80 percent of India’s deaths to go unreported. They remain the unknown and forgotten.

To set right this situation, the government should use the Aadhaar registrations more effectively. Get someone – preferably the postal department which is the only department which actually visits houses periodically – to verify online the registration of the living at least once in three years. If the person is not registered in three years’ time, an alert should go to the local police station.  Benefits and entitlements should be promptly withdrawn, and the person’s name should appear on the list of missing persons with the local police station.

It is possible that the person has been killed, and the body disposed of. Or the person may have gone to a relative’s place. The police will have a clear list of people whose movements need to be tracked. Today, it happens only when a body is discovered accidentally, or someone becomes a stool-pigeon and spills the beans about a murder.

For people over 60 years of age, the registration verification should be done at least once every year.

Only if this is done, will it be possible to clearly establish who has died, and the causes thereof. Without this mechanism in place, linking the Aadhaar to the dead person will service no purpose.  We need to know who is living. That will let us know who is dead. At least then, someone in bureaucracy will know that that a human being has died.

Troubled waters? Who owns the right of way on India’s coasts?

https://www.moneycontrol.com/news/business/troubled-waters-who-owns-the-right-of-way-on-indias-coasts-2739121.html Cabotage and the right of way The National Union of Seafarers of India (NUSI) wrote to the government last month, saying the move to relax...