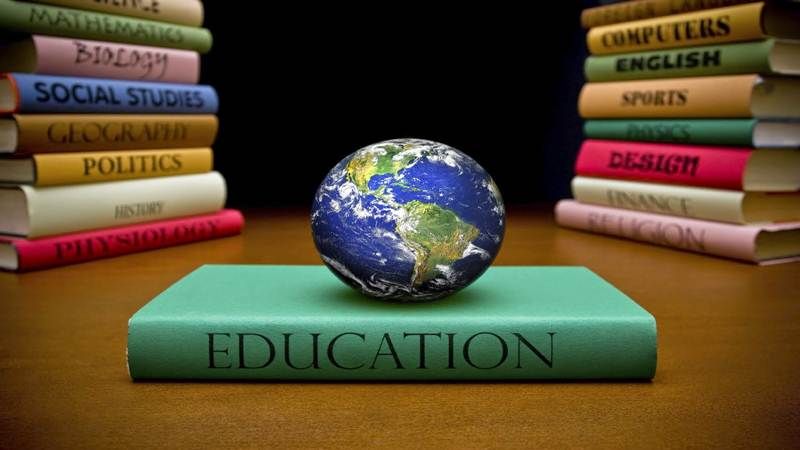 Education gets a new lease of life in India

There are times when, in the din of sloganeering about what has gone wrong, people overlook the good that is being done.  One sector that needs to be highlighted here is education. No, education standards haven’t improved.  No, politicisation of educational institutions and course material hasn’t stopped.  But look a bit carefully.  There are signs that the government is actually doing things to the educational system which could augur well for India.

First, the recent decision to scrap all automatic promotions from Std I to Std VII is an extremely welcome sign.  Unfortunately, nothing has hurt school education more that this clause in the Right to Education (RTE) Act steered by former education minister Kapil Sibal (education comes under the HRD ministry).  This author had even then made no bones about how the automatic promotions policy would corrode school education more rapidly than any other acts of commission and omission on the part of the Union government (http://www.asiaconverge.com/2010/05/sibals-kiss-of-death/)..

True, education is a state subject.  But the Centre decides on broad policy guidelines, and the financial incentives and outlays for states. When the Centre decides to advocate automatic promotions, populist politicians at the state level are only too willing to comply.  And when it becomes a law, the rate of corrosion was bound to increase dramatically.  Not surprisingly, despite automatic promotions, which could have inflated enrolment numbers at the secondary level, drop rates continued to be high (see table)

Somehow, school education had to regain credibility and relevance.  Hopefully the abolition of automatic promotions could be a major step in ensuring this.

Second, contrary to chauvinistic cries by state legislators who demand schools promote local languages, they ignore the fact that most parents want their children enrolled with English medium schools.  A farce was being played out here.  Children of most legislators were were enrolled with English medium schools (some even had private tuitions in English at home).  But they wanted children of the remaining population – especially poor parents – to go to local language schools. Mercifully, the centre is now on the verge of coming out with an advisory reaffirming the relevance of English.  Last fortnight, the HRD minister advised all states (because education is a state subject as well) that English should be taught in all secondary schools and there should be “at least” one government-run English-medium school in each of the 6,612 blocks in the country.

Effectively, the government has accepted the need for English as a language that is both aspirational for most families, and a key factor aiding upward mobility.

Then there is the government’s decision to allow autonomy to institutes of excellence – IITs, IIMs and the Institute of Science, among others. This effectively meant reversing the policies that were being pushed since the time Arjun Singh was education minister (even through the tenures of other education ministers including Sibal and Smriti Irani). Since then, India’s global rankings have slipped.  Even the IIT’s which used to rank high earlier, have slipped badly. It was time the government left alone all day-to-day administration and teaching related issues in higher education.  Its focus and attention is needed more actively and urgently at school levels.

All these moves appear to reinforce the belief that if the input for colleges is bad because of 10 years of bad schooling, the output for colleges will continue to be bad.  Moreover, large numbers of educated unemployed can be even more corrosive than uneducated unemployed.  Rotten graduates get poorly paid jobs.  They get frustrated.  The country loses too as good money is poured over undeserving college students, even while schools continue to be mired in sludge (http://www.asiaconverge.com/2016/12/fudging-education-data-produces-sludge/).

Finally, if reports emanating from sources close to the government are to be believed, it won’t be long before the government introduces a national level aptitude test at the Std V level.  Unless such average benchmarks are established, it will be difficult to nudge teachers towards an outcome based incentive. Hopefully, this too will also get introduced soon.

For all this, the government deserves two cheers. The third can be kept on hold for now.  The reason?  Tinkering with syllabi at school levels continues.  One state wants to reduce moghul history to two pages, another wants the story of Sankaracharya to be allotted more pages.  It is time that the government forms an advisory council on syllabi that is independent of the current faith and belief that the ruling party may wish to espouse.  Mixing politics with education is as deadly as mixing religion with learning. Education deserves more respect, and must gain more credibility that it does today.

Hopefully this will also get done.  The few moves that the government has made provide enough ground for believing that saner counsel is pushing the education agenda. If that is true, credit for this should go to prime minister Narendra Modi and his current HRD minister Prakash Javdekar.

Two cheers to both!