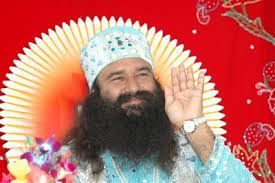 Govt creates a vacuum for entrepreneur-gurus to flourish in

Look around everywhere.  The number of gurus in India is increasing each year. Many of these gurus are later found to have indulged in cheating, dacoity, rape, violence and/or even murder.  The disclosures behind Dhirendra Swami, Chandraswami, Rampaal, Assemanand, Asaram-bapu,  Sadachari, Nirmal Baba and now Gurmeet Singh have become part of folklore.  And this does not include smaller would-be gurus like Raadhe-ma, Premanand, Bhimanand and Nityanand.

Each of these self-styled gurus had a fan following.  Some of them were ardent believers looking for someone who could grant them salvation.  Some were seekers of solutions that the government had failed to provide.  For instance, there is an amazing centre run by the Nirankaris in a suburb of Mumbai. It offers bloodtests at Rs.4 and X-rays at Rs.25.  And it has a dovotee based of around a million in Mumbai alone.

Reasonable priced medicare – without overcrowding – was something that the government ought to have provided.  But its abdication of its own responsibilities, allowed entrepreneur groups to move in, offering services and winning loyalties. Then there are believers who look at guru-darshans (meet the guru sessions) more like cocktail get-togethers where you rub shoulders with the mighty and get more business, and are thankful to the guru for playing matchmaker.  The guru gets his cut of course as dakshina (offering).

Observe a bit more closely, and you will notice that almost all the gurus work in the twilight areas of Hinduism.  A majority of their followers comes from  the sect loosely described as Hindus.  Of course, the followers may include Christians, Muslims and an assortment of other faiths as well.  But the mass base comprises Hindus. And it appears as if Hindus have abetted the emergence of most of the entrepreneur-gurus.

Does this mean that Hindus are stupid to follow such charlatans?  Does it – by implication – mean that other religious groups do not have as many gullible or stupid followers that the Hindu community appears to harbour? Has there been a general degradation of the gene-pool among Hindus that they are foolish enough to believe in – and contribute to the wealth of – these entrepreneur-gurus?

The answer is obviously no.  But it begs the question “Why?”.  Prod the surface a bit more, and you will realise that this is the direct consequence of the government actually nationalising –through the backdoor — the biggest religious trusts in the country.  The government has used the legal provisions of the HR&CE (legal’Hindu Religious and Charitable Endowment Act of 1951) to take over the biggest of temples in Tamil Nadu (http://www.asiaconverge.com/2016/01/507/).  Then the malaise was allowed to spread to other states as well. NT Rama Rao brought in a similar Act for Andhra Pradesh and ‘nationalised’ the Tirumala Trusts that run the Tirupati clutch of temples, and also run (what used to be the finest) schools and colleges in that region. One by one, each state government found excuses to label the religious keepers of temple trustees as being guilty of mismanagement.

Each state government then went on to create a clone of the HR&CE and took over the major religious trusts in that state.  Each of these trusts now has a government appointed administrator.  Each of these trusts is now allowed to spend only on those schemes that are approved by the administrator. That is how the trusts which manage Vaishno Devi, Siddhi Vinayak, Shirdi and Tirupati have come under government control.  That is how even most of the mutts (centres) were brought under government control (Udupi and the Chidambaram trusts were notable exceptions).

And thus began a story of the emasculation of the spiritual leaders of the Hindus.  The head of the Kanchi Mutt was told that he was the spiritual leader.  But the use of his trust’s funds would be determined by the administrator.  His influence thus stood diminished. Funds for propagating his views were restricted.  As his voices was allowed to peter out and get feeble, the government allowed entrepreneur-gurus to increase their decibel levels and gain the mind-share of the Hindu populace which could not benefit from the wisdom of the actual seers of their own religion.

The emasculation of the spiritual leads took three stages.  First, they were denied (through curbs on admissible expenditure) to become national voices.  But, more importantly, the entrepreneur-gurus were provided two other big benefits without which they could not have become as large as they did (http://www.asiaconverge.com/2017/09/what-makes-a-ram-rahim-thrive-inindia/).

First was the benefit of large tracts of land.  Without that land, they could not have had the place to assemble their audiences.  They could not impress common folk.  With land came buildings, and facilities that the buildings offered by way of jobs, services (medicare, dispute reolution and financial help as well) and shelter.

Second was granting these entrepreneurs the benefit of tax-exemption.  Like political parties, their funds could not be taxed.  And while the mainstream temple trusts donations were accounted for each day, the money collected by these entrepreneurs were not audited, supervised, or even tabulated. They became sinkholes of cash collection, which could them be used to display naked power, win over affection, and command allegiance – through forced sex, castrations or murders. If they needed politicians initially, now the politicians needed them – for their vote-banks, for fixing deals and for an assortment of jobs that could not be done by the government appointed machinery.

But why were the religious leaders of other faiths not ‘emasculated’ in the same manner?  The answer is simple.  The government would have done this as well.  But all minority religions are guaranteed constitutional protection.  Their trusts could not be ‘nationalised’ the way Hindu trusts could be. Thank god for that!

As a result, Hinduism was shorn of its moorings – its fountainhead of religious sagacity and thought.  The community was increasingly swayed by the talks and actions of these entrepreneur-gurus. This led to further lumpenisation of the majority community, and further protection of the assets of the entrepreneur-gurus.  Watch how the assets of Gurmeet Singh have not been taken over by the government even in the face of strong irrefutable evidence that the entire administration abetted in rapes, murders and even storing illegal arms (http://www.asiaconverge.com/2017/09/gurmeet-ram-rahim-singh-convicted-rape-haryana-government-protecting-dera-chief-secure-vote-bank/).

This raises the inevitable question: Is it the business of the government to manage religion? Aren’t governments supposed to stay away from religion?  Well that is the question that the Supreme Court tried to answer in 2014 (more of that later).  And it is sad to see that the RSS, which seeks to promote Hinduism and Hindu values, has not used this judgement to liberate Indian temple trusts from the government.

The brittleness of impatience crackles. There is the familiar irritable fretfulness of politicians and industry captains as they chafe against the RBI’s reluctance to...
India unincorporated is the country’s biggest provider; yet the most exploited.