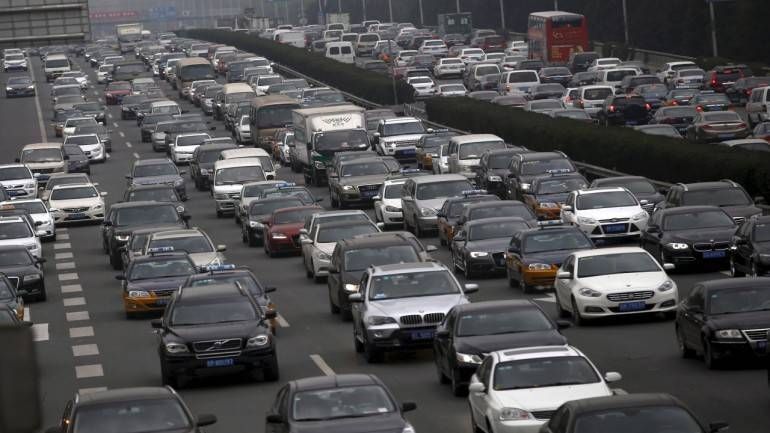 Traffic police in Mumbai recently towed away an illegally parked car with a woman inside feeding her baby. Could the cops have reacted differently? And who is to blame? Big questions and answers are few and far between

Recently, the traffic police dominated headlines in Mumbai.  The reason:  the police towed away an illegally parked car which had a mother feeding a baby inside it. Just as soon as a public uproar against the police action began, a fresh bit of evidence appeared in the form of video recordings. They apparently showed the woman jump into the car with her baby just as it was being towed away for being illegally parked. These recordings also (reportedly) showed the cops pleading with the woman to get out of the car.  When she refused to come out, the cops felt they had little option but to tow the car away.

In the meantime, there were public apologies from the Police Commissioner and even the Chief Minister.  New rules were hastily put into place prohibiting the police from towing away cars if someone was sitting inside. If there is someone inside the car and the car is illegally parked, the police have to use their megaphones ordering the vehicle to move.

The orders do not specify what the police have to do if the person refuses to get out of the car or move the car from the place in which it has been illegally parked.

The police department does not clarify what is to be done if the car blocks an arterial road – say near a hospital or a school – because the driver has been instructed to wait till a child or the owner returns. Nor does it clarify if the vehicle or the driver’s licence is to be impounded for six months or more for refusing to clear a traffic choked road. It is silent on the compensation to be paid to another ‘victim’ who may have missed a train, or suffered a stroke, or could not go to the toilet in time, because of the inability of the cops to clear the roads. These casualties are not ‘acts of god’.  They are acts of men who refused to lay in place clear ambiguous laws.

It is such glaring loopholes that make citizens worry about the ability of the police to draft a set of rules that leave no loopholes and also ensure that nobody – commoner or VIP – is permitted to block the roads.

There are other gaping loopholes as well.  This is despite the fact that the police has already introduced a list of fines.  Most of the fines relate to parking.  But such laws have two problems.  First, even a casual 15 minutes of video footage of any arterial road will highlight the number of vehicles that have been allowed to escape penalties.  Second, there are areas where there are just no laws at all.  In the absence of rules, enforcement of laws remains a discretionary affair. That can only lead to mismanagement or, worse, corruption. These are the loopholes that must be addressed.  The sooner, the better.

#1 The administration conveniently forgets the most basic of rules — Roads are meant for moving traffic, not for parking vehicles.  Any vehicle parked on the roads is therefore parked illegally.  The police claim that they cannot do anything because of the government’s inability to create adequate parking space.  The government can do this easily.  But that will be covered in another article.

#3 Shouldn’t the police be asked to mandatorily chargesheet municipal workers who illegally park vans, waste bins, or even blocked road markers at strategic places, so that a favoured few get enough parking space reserved beyond such blockages? Anecdotal evidence shows that the police turn a blind eye to such infractions.

#4 Shouldn’t the police be penalising or towing away cycles and handcarts which are parked in such a way as to reserve space for one or two favoured vehicles outside shops in crowded streets.  A trip down Kalbadevi road on any workday should provide enough evidence of how this is done. Once again, anecdotal evidence shows that this is ignored.

#5 Whatever happened to parking spaces and laws for the handicapped? Is that also a discretionary practice activated by a few notes changing hands?

The entire situation behind the towed vehicle which had a woman feeding a child is a situation which ought to have been handled differently.  There is a law which is common for everyone.  And there are sentiments, which may be respected provided they do not inconvenience anyone (even one person who complains of inconvenience has a right to demand equal application of laws).

Allowing a vehicle to remain in a no-parking area is a violation.  Period.  There can be no ifs and buts about this.  The woman who was feeding should have asked the driver to take the vehicle elsewhere where no-parking rules did not apply.  The fact that the woman ignored the laws makes her guilty.  Was she penalised?

When a chief minister and a police commissioner begin apologizing for emphatic application of laws, it throws the entire law enforcement machinery into jeopardy.  Both the commissioner and the chief minister did grave injury to the notion that laws must be respected. Irrespective of any exception. Even exceptions, therefore, need to be codified carefully.  Non-codified exceptions allow for discretionary power, which invariably leads to corruption.

In fact, there are good reasons to believe that the loopholes have been kept there, and the misplaced concern for sentiment over laws revived, in order to create situations which allow the police, the municipal corporation and the local corporator to allow revenue slippages.  A large amount of these slippages are believed to be nothing but graft.

True, the police love to talk about how they have filled up the state’s coffers through fine collections.  A recent media release by the police showed that

The numbers look impressive by themselves.  But they conceal a seamier picture.  In fact, the collections are laughably meagre compared to what could be considered as daily slippages in revenue mobilisation by the police and the municipal authorities.

This author did a road by road enumeration of parked vehicles, illegal stalls on pavements, hawkers on roads and pavements, and illegal dwellings on pavements and on roads.  The survey was confined to just six arterial roads in Chembur.  By converting all occupied spaces into car space equivalents, and looking at a levy of just Rs 200 per car per day, and extrapolating this for all roads in all the 24 wards of Mumbai, the figure for revenue leakages comes to a whopping Rs 6 crore a day.  This is a conservative estimate, as the amount could be double this figure. And this does not include the money that may be collected from hawkers in addition to the notional parking charges.  So even at the most conservative estimate, Rs 6 crore a day would mean Rs 180 crore a month, or Rs 900 crore in five months.  Against this, the collections of Rs 10 crore, of which the cops are proud, is embarrassingly pathetic.

With a booty of Rs 6-12 crore a day that is available for the picking, it is no surprise that nobody wants to have laws that could eliminate the problem of illegal parking and unlicensed hawkers.

This is how government can clean up gold trade and make...