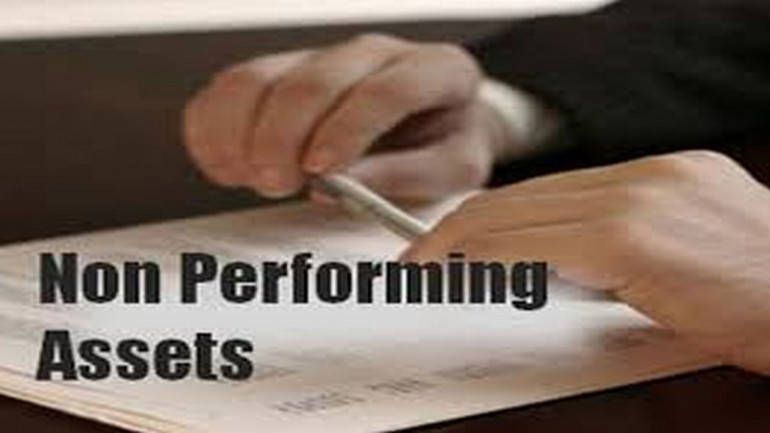 Banking, NPAs, and politics make a heady mix in India

Bank NPAs are likely to remain high as long as the government – through its politicians and bureaucrats – tries to control banks, and the manner in which loans are disbursed

It was the government’s first official statement on the size of non-performing assets (NPAs) of Indian banks and how the buildup of such deadweight liabilities took place with both private and government owned banks.

In reply to the Unstarred Question No 4614, Shiv Pratap Shukla, minister of state in the ministry of finance, informed the Lok Sabha on March 23 of the government’s stand on NPAs of the industrial sector and of farmers.

But in addition to figures that were by themselves worth a great deal of consideration, the minister made a couple of remarks that should have made many a senior banker break out into a wry smile. The minister admitted that according to data reported by public sector banks (PSBs), a sum of Rs.10,899 crore had been recovered by them during the financial year 2016-17. This was done under the One Time Settlement programme which, explained the minister, “is done on the basis of mutual agreement between the lender and the borrower, by way of compromise or negotiated settlement”, and an amount of Rs. 9,062 crore had been written off. That effectively meant that the PSBs opted for a haircut of 45% during that year.

The minister stated that as far as compromise or negotiated settlements are concerned, the RBI had already advised commercial banks to have board-of-directors approved loan-recovery-policies, which set down norms for “permitted sacrifice”.

But then the 45% benchmark for writeoffs is what many banks had been practicing for almost three decades. In fact there are times when the “permitted sacrifice” can be even greater. This author recalls how bank boards were routinely summoned to meetings where as much as 70% loans taken by favoured companies (whose managements were known to be close to politicians at the centre) were written off.  This data was routinely compiled by the Central Economic Intelligence Board (CEIB) which used to report directly to the finance minister to keep him apprised of the loans corporate groups had taken through their myriad affiliate and satellite companies. The CEIB would also record the scale of writeoffs as well.

As the practice became more rampant, the scale of NPAs and haircuts also became very pervasive.  Soon a 45% haircut was the routine “permitted sacrifice”.

In fact, the AIBEA banking newsletter of 29 March 2018 (the newsletter is a periodic bulletin from the All-India Bank Employees Association) talks of how  “In 2015, Union Bank of India and Bank of Maharashtra rejected Rs 41 crore as a full and final settlement from a company that had defaulted on Rs 49.29 crore. Three years later [that is, recently], the banks inexplicably settled for Rs 25.5 crore from the same company. Ideally, the settlement amount should have increased.”   This time the haircut was 48.3%. And the company was close to a powerful politician.

That could explain why the government did not want the RBI to have full control over the board of directors of Indian banks.  Normally, this should have been the prerogative of the Central Bank.  But as its governor pointed out recently, its powers were whittled down.  Section 51 of the Banking Regulation Act which gave the RBI powers to regulate banks were modified – first in 1969 – just around the time when the Indira Gandhi government wanted to nationalise many Indian banks. It was modified again in 2017.  Other sections were also modified so as to give the government (not the RBI) powers to regulate banks.  Thus the government could now directly inform bank managements which loans ought to be granted and which loans were to be written off and what the “permitted sacrifice” could be.  It is then that one understands why the dogs did not bark (http://www.asiaconverge.com/2018/02/pnb-why-did-the-dogs-not-bark/). That would provide one more reason why NPAs of banks began swelling, especially those of government owned banks.

There was another reason why the largest NPAs were linked to steel and power projects.  Many of such projects that were sanctioned were given to companies known to have political godfathers.  Hence, in the power sector, where the role of the government has always been considerable, many of the power projects went to players who did not even have a track record in the energy sector.

Consider for instance how Tata Power managed to wrest project after project overseas in the face of international competitive bidding, but could not wrest projects in India.  The beneficiaries invariably were those who were the favoured ones.  And it is these favoured ones who are now crying for a bailout.  And the government will magnanimously allow the “permitted sacrifice” of 45% or even more,   Of course, this will be done through bank boards, and quasi judicial bodies.  But the hand and intent of the government will always be visible to those in the know.

In fact, it is quaint, how the government in another reply to the Lok Sabha (on the same day vide Unstarred Question No 4762)  refused to disclose the NPA status relating to the telecom sector. The government instead took shelter behind RBI regulations stating that “RBI has informed that the information sought can not be disclosed under provisions of section 45E of the Reserve Bank of India Act, 1934. Section 45E provides that credit information submitted by a bank shall be treated as confidential and not to be published or otherwise disclosed.”

Thus the government modifies RBI rules, it creates rules that prevent the central bank from disclosing to common citizens the state of loans, even when it is the same tax paying people of the country who will finally have to pay for the caprices and misdeeds of a collusive mix of industrialists, banks and politicians.

Clearly, bank NPAs are likely to remain high as long as the government – through its politicians and bureaucrats – tries to control banks, and the manner in which loans are disbursed and collections effected.  The first step to ensure a cleanup would therefore lie in the government restoring to the RBI full powers to regulate banks.  Creating a parallel supervisory banking board (again filled with politically aligned people) will not help.

This is where the government has failed.  It has tried to meddle with bureaucratic appointments, police postings, and even with bank managements. Recent revelations about how top decision-makers sat over the files relating to the mismanagement of a top private sector bank only underscore this suspicion.

That is why, it is sad to see enforcement officials blackballing bank managers and even the RBI, but refusing to name and implicate the politicians who tacitly told the bank managers to go ahead with reckless largesse.

India’s tryst with corruption is not going to end that soon.

The expanding neem portfolio of GNFC