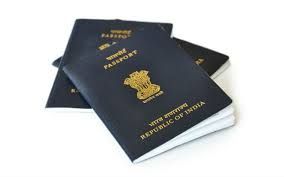 Aadhaar cannot replace the passport as the principal identification document

The passport is the highest level of identification in India, so high that its importance among identification papers that it even carries the imprimatur of the President of India.

Last month brought with it a series of developments that would send shivers down the spine of any self-respecting nationalist.  What is worrisome is that such fears have not been voiced, or addressed, by the ruling party which claims to be nationalist in every sense of the term.

All these developments relate to the issue of citizenship, identity and even diversion of funds from the Consolidated Funds of India.

These columns raised the alarm almost two months ago (http://www.moneycontrol.com/news/india/comment-aadhaar-does-not-identify-it-merely-authenticates-thats-an-important-difference-2502509.html) when they pointed out why Aadhaar – unlike the passport or the Voter’s Card is not a proof of identity, but is only a means of authentication.  In other words, anyone trying to use the Aadhaar as a means of identification would be committing a blunder of mammoth proportions.

Ghost identities could result in nameless beneficiaries seeking to claim subsidy benefits. These columns have shown that the number of irregular registrations could be as high as 0.5 billion.  Many of these irregular registrations could be used to launder funds as well, because all payments of subsidies are made to Aadhaar numbers, not to bank accounts.  All such Aadhaar numbers and the subsidy-amounts are communicated by the government to the National Payments Corporation of India (NPCI) which maintains a list of Aadhaar numbers and their corresponding bank account numbers (http://www.moneycontrol.com/news/india/comment-how-aadhaar-and-npci-together-open-the-door-to-major-frauds-and-impersonations-2506669.html). Frighteningly, NPCI overwrites the previous account number on its record with the latest account number which the Aadhaar card holder has opened.

By the last week of February, the government issued statements that police verification of passport applicants would no longer be required (http://www.asiaconverge.com/2018/03/passport-identification-when-the-best-get-knocked-down-recklessly/).  The reason: the government had just improved its Crime and Criminal Tracking Network and Systems (CCTNS). Any passport applicant could now be checked against the list of people against this list, and if the name was not present with the CCTNS, the passport could be issued without any further police verification. But whoa! Wait!  The list of criminals is meant to be one which excludes those eligible for receiving passport.  It is not a list which identifies those who was eligible to receive a passport.  Suddenly, by almost a sleight of hand, the government was converting a system of exclusion to become a process for inclusion.  Absurd!

In fact, what was most shocking is that, to date, the passport remains the highest level of identification in India. So high is its importance among identification papers that it even carries the imprimatur of the President of India (see picture alongside). Each Indian passport carries the following words “These are to request and require in the name of the President of the Republic of India all those it may concern to allow the bearer to pass freely without let or hindrance and to afford him or her every assistance or protection of which he or she may stand in need”.

That is why, holding a second passport is a non-bailable offence (except, apparently, in cases involving people like Hasan Ali where the authorities sought to find reasons why he could not be kept in jail despite having four passports).

All of a sudden the value of a passport is sought to be diminished — by not allowing the identity of the person to be ratified by the law enforcement authorities before it is  issued.

Worse still is the stipulation that henceforth passports could be applied for using the Aadhaar document.  This author remembers that he used his passport to get an Aadhaar document.  He knows of people who got Aadhaar documents even though they are foreign nationals.  In fact, the government itself has come out with a clarification that foreign nationals may also apply for an Aadhaar card. So now, the primary proof of identity is sought to be replaced by the Aadhaar card which is at best only a secondary proof of authentication, not of identity.  So is the passport being devalued?

All of a sudden, the most legitimate identity is sought to be de-legitimised. Instead, the illegitimate (the Aadhaar card, which is not any proof of identity, as stated above) is sought to be legitimised.  The consequences of this simple fiat from the executive could have ramifications that go beyond financial propriety or ghost identities.  They attack the very concept of citizenship, and therefore of nationality and nationhood.  The assurance of the President of India is being reduced to a joke.

All these could have been dismissed as being alarmist, or as entertaining needless fears, but for three other developments that have taken place within the span of the last four weeks.

Incident #1:  Last fortnight, thousands of Aadhaar cards were recovered from a well in the  Yavatmal area in Maharashtra, during a cleaning operation.  News reports talk about how a group of youngsters who had volunteered to de-silt wells in the region found thousands of original Aadhaar cards dumped in the well. The cards were packed in nylon gunny bags and weighed down with rocks. There is no news about whether these were ghost Aadhaar cards, or whether they were cards dumped by the Aadhaar authorities themselves.  There has been no further news about convictions made in respect of this discovery.

Incident #2: Three weeks before this incident, media reports talked about how seven Maoists (read Naxalites) were arrested.  Seized from them by the CRPF (a central government reserve police force) were a cache of arms, ammunition and over 300 Aadhaar cards. The police is believed to have begun investigation following the seizure of the large number of Aadhaar cards.

Incident #3: Just last week, the UIDAI CEO Ajay Pandey admitted before the Supreme Court that 100 % Aadhaar authentication success was just not possible. This is because what the Aadhaar systems do is to adopt an algorithm which seeks the nearest match to a fingerprint or a retina scan.  A pixel to pixel match would just not be feasible on a nationwide basis, as that would consume huge amount of computing time and resources, and would deny authentication if there were the slightest discrepancy – like a wound on the finger.

True, the error rate may be less than half a percentage. But 0.2% (let alone 0.5%) of a billion people would amount to 2 million people.  Multiply this number into the amounts meant for subsidy benefits per individual, and the diversion of funds could be staggering.

In spite of this big loophole, the government has been pushing the Aadhaar system as the primary identification documentation for opening of bank accounts and even obtaining passports.  Such an attempt could be more foolhardy than any attempted by the legendary Mohammad bin Tughlaq!

The need for citizenship papers is an imperative.  You cannot have a concept of nationhood if you cannot clearly state who is a citizen and who is not. The issue reached alarming levels when the Assam agitation began immediately after the 1971 Bangladesh war which liberated that territory from Pakistan.  Wars invariably lead to migration of huge populations, and hence the migration of Bangladeshis into Indian territories was not unusual.  What was unusual, however, was the government’s willingness to allow them to occupy lands, and become naturalised citizens.

Expectedly, the local population got restive.  They saw outsiders occupying their land, and changing the demographics of that area.  This got further complicated when outsiders began selecting their own candidates who then became elected representatives.  The very culture of northeast India was at stake.  The agitation became fierce, and talk of secession was everywhere.

India had few choices but to finally adopt processes for determining nationality – which politicians had earlier tried to defer.  The processes were codified in the National Population Register (NPR).  However, political compulsions and machinations have prevented ‘foreigners’ from being weeded out to this date.  That is why, since the NPR allows for biometrics, it is essential that the Aadhaar programme be brought under the purview of the NPR.  This is the best way to prove a person’s identity.  Aadhaar should only be a subset of this process.  It cannot be an identity document.

There is a second problem which goes beyond the Bangladesh war.  It is one of demographics.  See the table alongside.  Bangladesh has one of the highest densities of populations per square km. At these levels, there is a great temptation to migrate to neighbouring areas where the density of population is lower, and opportunities for economic well-being are better.  In fact, it is well known the world over is that populations often tend to migrate from areas that are not as well off economically to territories that offer a better standard of living.  When compounded with the density factor, the urge for Bangladeshis to migrate to neighbouring areas is immense.

There is a third factor at work here.  Both northeast India and Bangladesh are riverine areas. During heavy rains, rivers overflow their banks and flood neighbouring fields.  At such times, Indians migrate to Bangladesh (often with their livestock) and those living there migrate to India.  Depending on the severity of floods, these populations sometimes opt not to go back but to stay where they have recently moved to.

Hence a method has to be found to deal with foreigners flooding east and north east India, as well as other parts of India.

One way out would be to allow foreigners work permits.  This way, foreigners could stay on in India, without changing demographics or voting rights.  At the same time, it would meet the humanitarian need to give migrants the opportunity to work and survive. By legalising immigrants without offering them citizenship rights, you prevent demographic tinkering and queering the mandate of a local electorate.  Second, you eliminate the ability of the police to collect grease money for not reporting the illegal migrants.  It is safer for the migrant, and for the country.

In any case, as all countries worldwide have seen, migrants make better and more hardworking workers than local populations.  Businessmen love them, as they allow for higher productivity and lower labour costs. The work permit method would permit India to have the benefit of productive workers, without diluting the concept of citizenship, and splurging entitlement benefits on people who are essentially non-tax-payers.

That is why the government’s meddling with Aadhaar, passports and banking borders on the reckless and the expedient.  It needs to be stopped.  At stake is the concept of democracy (ghost citizens), accountability (ghost beneficiaries) and tax collections (unaccountable workers).  One would have expected legislators to know this better than common folk.

Once again, the judiciary is being asked to clear up a mess created by inventive bureaucrats and wily legislators.  Such a mess could completely wreck India’s chances of ever becoming a global power.

And quiet flows the Volga – a review of India Russia...

An edited version of this article appeared at https://www.freepressjournal.in/india/russia-day-2021-and-quiet-flows-the-volga-a-review-of-india-russia-relations This article is being published on 12 June, often celebrated in India as Russia Day. Russia could...