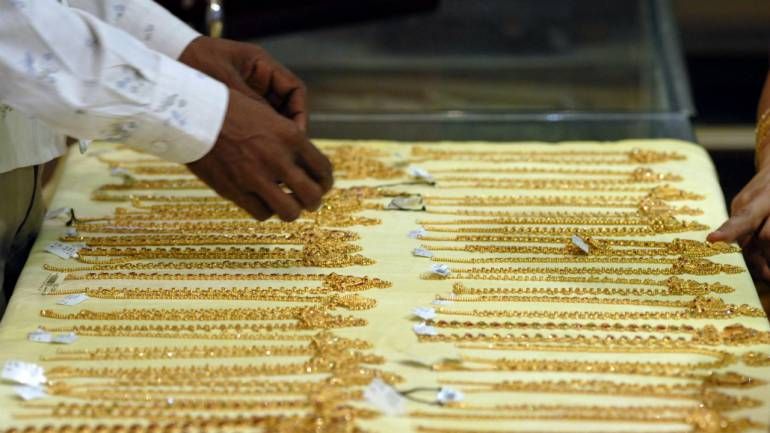 There could be a lot more gold being mined in India

Indians’ insatiable passion for the yellow metal will ensure that prices don’t fall any time soon, incentive enough for more players to get into the game

Fasten your seatbelts, or hold on to your earrings. The Indian gold industry is set to spring to life thanks to the government’s liberalized approach to mining, the plans that private miners are finalizing for the country, and the fact that there could be huge reserves of gold lying in wait for them, untapped and little-known. The Supreme Court ruling on the need for a transparent auction policy for natural assets gave a fillip to the sector. More private mines are being set up. And there is a possibility that mining will spread to regions outside the traditional strongholds of southern India.  Industry experts say that the potential for gold recovery from ore lying in heaps around older gold mines – especially the now-defunct Kolar, in Karnataka — could be huge.

Indians’ insatiable passion for the yellow metal will ensure that prices don’t fall any time soon, incentive enough for more players to get into the game.

This perfect, and pleasant, storm of factors could lead to a gold rush in a country that loves gold. Investors would do well to keep it on their radar. And it wouldn’t be a minute too soon. Chinese gold production has vaulted 150 times in the last 24 years, while India’s has been stagnant.

There is a buzz in the markets that gold prices could get firmer in the coming days.  They have been firming up for some time already (https://m.moneycontrol.com/commodity/gold-price.html).

The reasons sound logical, even plausible. But it must be remembered that markets do not necessarily follow logic.  Speculation can be quite whimsical at times, defying almost every explanation.  We would therefore like to re-emphasise that the reasons listed below are not to be construed as a recommendation for a ‘buy’.

One reason for the rising gold prices is that global political uncertainty invariably favours gold.  This is because gold is viewed by many as the best security in uncertain times.  This uncertainty is fuelled by bizarre politics of a kind the world has seldom witnessed before, loss of confidence in almost every currency – right from the US dollar to the Indian rupee.  In India, the further weakening of the rupee against a dollar – which is also sliding against other major currencies – has also been cited as another reason why gold should be considered as a safe haven.

The second reason is that gold prices and oil prices often seem to go hand in hand.  It could be because higher oil prices translate into more money for the Middle East which too has a penchant for gold. Gold is an inflation hedge and oil is inflationary. It could be that even oil traders know that good times like these may not last long.  So why not move the surplus dollars into a more stable asset like gold? The third reason is that the entire world is awash in debt.  That is what the Financial Review summed up quite succinctly in April 2018 with its new debt clock (http://www.afr.com/opinion/columnists/world-debt-bomb-is-ticking-new-imf-debt-database-shows-20180520-h10b87). As its website explains, “A new global debt database launched by the International Monetary Fund here in Washington last week shows [that] combined public and private debt has ballooned to at least $US164 trillion . .. Adding in a broader range of debt instruments, including financial sector debt, world debt is at a record high of $US243 trillion, or about 320 per cent of GDP. Disturbingly, that excludes trillions of dollars of unfunded pensions that governments owe.”

The chart given alongside is how the Financial Review and the IMF view global debt.

That overhang of debt could lead to a financial implosion of a magnitude that would make the 2008 financial crisis nothing more nerve-racking than a game of Chinese Checkers. If the global economy melts, say many, all currencies too could tumble and become worthless.  That, obviously, according to them, would justify a very significant role for gold among asset classes.

In gold we trust

The faith Indians have in gold is almost embedded in our genes. And so great is our demand for gold, that we end up importing around 800 tonnes of the yellow metal annually (http://www.moneycontrol.com/news/business/economy/why-indias-part-illicit-love-affair-with-gold-will-sizzle-on-2324155.html). What could cause these imports to surge is the expanding layer of middle-income families.  That means greater purchasing power for Indians as an aggregated mass.  This is music to the gold trade because its members know that customs demand each marriage and birth to be marked by a bit of gold purchase or gold exchange.  Naturally enough, they expect demand for gold to go up in India.

Till now, since the government discouraged the use of gold, much of gold remained underground, and thus unaccounted for.  The last budget allowed gold to be treated as a financial investment. This could make some of the gold move out into the open markets as legitimate gold (http://www.moneycontrol.com/news/economy/policy/when-will-the-budget-provisions-actually-liberate-this-yellow-metal-2507939.html).  That will take some time, because confidence in the government’s ability to stick the course on a policy decision is not strong.  Retrospective laws, capricious orders, have made Indians wary of the government.  Till this confidence returns, India will continue to love gold, though slyly, and illicitly. Delectable times ahead!

Third, the government of India has itself woken up to the need to permit private companies to exploit gold mines in India.

Hitherto India had just two mines – the Kolar gold fields and the Hutti mines.  Wikipedia lists three mines, but not much has been done with the Gadag mines. Then in 2001, the government finally decided to close down the Kolar mines. This mine had been in existence for more than 120 years, and had produced during its life span some 800 tonnes (or 26 million troy ounces) of gold.

So you now have just one functioning gold mine.  The Hutti gold mine has been quite productive.  In 2015 alone it produced some 45,000 troy ounces (1.399 tonnes) of gold. But its production volumes appear to be ebbing. Gold got a shot in the arm when in May 2016, the Parliament approved an amendment to the Mines and Minerals (Development and Regulation) Act 1957 (MMDR). It allowed private companies to bid for mining licences through a competitive bidding (auction) process.  The new mining leases were for 50 years, and the royalty on gold mines would now be a flat rate of 4% on the gold revenue. In addition, gold mines must contribute to the National Mineral Exploration Trust and District Mineral Foundation. Put together the royalty is 5.28% irrespective of volumes produced.

Further amendments allowed transfer of captive mining blocks without any further need for auction. Under the initial issue of 43 mining blocks for tender, three were for gold mining deposits.

One of the first beneficiaries of this policy was Vedanta (earlier Sterlite group). In February 2016, Vedanta Resources became the first private company to successfully bid for a gold mine in India – the Baghmara gold mine in Chhattisgarh – a mine with potential gold reserves of 2.7 tonnes of gold (http://ismenvis.nic.in/LatestNewsArchieve.aspx?Id=11888&Year=2016). Anil Agarwal of Vedanta is not a stranger to gold.  He had been engaged for more than four decades in mining copper.  And gold is invariably found along with copper ore, though in smaller quantities.  He had already begun to understand the intricacies involved in the mining of gold.

Meanwhile, Karnataka became a hub for new gold mines. You had Deccan Gold Mines, the sole gold explorer listed on the Bombay Stock Exchange.  It expects to bring its flagship Ganajur project in Karnataka into production in 2018 or 2019, Annual output is estimated at just over 50,000 troy ounces (1.55 tonnes).

Deccan Gold mines is promoted by a group of Australian investors.  Some of them decided to back yet another mine, Janagiri Mines, which hopes to approach the capital market soon for raising money to finance its Rs.300 crore capex for setting up its gold mine.  It already has the mining licence in place and has tied up all the land that needs to be acquired (land acquisition costs are included in the capex). The target – to produce around 25,000 troy ounces a year (approx 777 kg of gold).  It aims to become the first greenfield project in India since independence.

Both Deccan and Janagiri are part of a plan to exploit gold in a terrain that the Australians believe is similar to the one they have seen back home.  “In Australia we produce around 300 tonnes (9.7 million troy ounces) compared to barely 2 tonnes in India.  We think India could produce a lot more,” says an Australian mining expert. “In fact, look at China.  Even China has a similar terrain.  In 1994, India produced around 2 tonnes, and China produced around 3 tonnes.  Today, China produces 450 tonnes.”  Clearly the potential for India is huge.

One can expect more gold mining companies to set up shop in India.  The National Minerals Exploration Policy (NMEP) plans to accelerate exploration activity by putting up for auction almost 100 prospective mineral blocks. There’s gold in the dust

But the government clearly has many more things to do.

For one, it must take a call on reviving the closed Kolar mines.  If the government cannot operate it profitably, it must auction it off to others.  Experts believe that the Kolar fields could run for another 100 years.

Then there are the millions of tonnes of depleted ore that lie outside Kolar and Hutti mines. This “waste” was cast aside several decades ago when gold could not be extracted from it.  Techniques have evolved since that make this a profitable exercise.  Experts talk of a norm of 1.5 g per tonne of earth for gold mines, and 0.5 g from the depleted ore waste lying outside the mines.

According to a research paper (The Kolar Gold Mines, India: Present Status and Prospects for Phyto-mining (https://www.researchgate.net/profile/P_A_Azeez/publication/270280429_THE_KOLAR_GOLD_MINES_INDIA_PRESENT_STATUS_AND_PROSPECTS_FOR_PHYTOMINING/links/54a639b40cf257a63608db05/THE-KOLAR-GOLD-MINES-INDIA-PRESENT-STATUS-AND-PROSPECTS-FOR-PHYTOMINING.pdf?origin=publication_detail) the Kolar fields have “33 million tonnes of tailings with 0.72g [per tonne of ] gold spread all over the mining township of KGF [Kolar gold fields]”.  There is a need to offer Kolar and its depleted ore reserves to the highest bidder through an auction process.

In any case, if NMEP is prodded a bit by the government, expect more gold mines to come up all over the country.  Check out the map alongside and you will realise that India is verily a land of gold. There is gold, and more gold, almost everywhere (https://www.researchgate.net/profile/P_A_Azeez/publication/270280429/figure/fig1/AS:295090288381966@1447366415764/Distribution-map-of-gold-occurrences-in-India-Source.png)

For farmers to make money, the government should move out of...

https://www.moneycontrol.com/news/business/economy/opinion-for-farmers-to-make-money-the-government-should-move-out-of-procurement-2830791.html Farming, politicians and pricing Why can’t the government benchmark farmer incomes as a percentage of market prices? Why can’t the Verghese Kurien formula be extended...