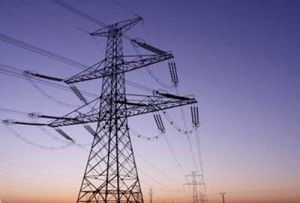 The Prime Minister’s Office (PMO) has decided to call for a review of the power sector.  Contrary to what he had been told by the power administration, this sector has not performed very well. Unfortunately the impression that the power sector was doing well was pushed even by India’s leading rating agency Crisil which had gone euphoric about the wonderful achievements of UDAY – the government’s Ujwal DISCOM Assurance Yojana launched in November 2015. But then, considering that Crisil has a paid publications division, it is quite possible that the May 2017 publication titled Mammoth Moves was a promotional, not a ratings effort.

This was despite the writing being on the wall for quite some time.  People forgot to look at some key numbers. They overlooked the simple fact that the greater the difference between subsidised and non-subsidised power, the greater is the revenue gap.  The revenue gap is the difference between ACS (Average Cost of power) and ARR (average revenuer realization). As a result, the achievements of UDAY are meagre (http://www.asiaconverge.com/2017/04/uday-and-politics-of-appeasement-and-largesse/).

Cut to today.  Even today, the worst performing state remains Uttar Pradesh (UP).  It also has one of the highest ATC losses, and has already availed of funds using the UDAY scheme.

Hence when the PM says that he achieved 100% electrification of villages, one can see UP remaining a laggard. Moreover, as CARE Ratings points out in its May 10, 2018 report, the government defines a village to be electrified as follows:

*Basic infrastructure such as Distribution Transformer and Distribution lines are provided in the inhabited locality as well as the Dalit Basti Hamlet where it exists.

Now comes the even more difficult part of implementing the government’s ‘Saubhagya’ scheme. It has an outlay of Rs.16,320 crore. And it must oversee electrification of every household in the country. According to the government, around 31 million households in the country are yet to be electrified.  Out of these, 25 million households are in rural areas. State discoms are expected to complete the task of connecting these un-electrified households to grid-based power.

UP tops the list and accounts for 13.25 million households or 42.4% of the total un-electrified houses in India. It is also among the top-3 power consuming states in the country.  But with AT&C losses of 31%, many of the electricity users either steal power, or don’t pay their bills. Expect AT&C losses to increase.

Now combine the huge targets these states have to meet, with the spectre of insufficient funds. Clearly, the states will also need to make provisions for higher AT&C losses, and the situation might become any finance manager’s nightmare. But with a government focused only on elections, don’t expect any major policy decisions relating to governance to take place – except where both bureaucrats and legislators run the risk of running foul of the judiciary.

That is also the reason why Rajasthan and MP may be fast-tracked since their respective elections are just round the corner.  These states could be expected to meet their target deadlines.  As for other states, it is best to keep one’s fingers crossed.  These are terrible times to be a manager of a state discom.

http://www.freepressjournal.in/analysis/jan-aushadhi-could-disrupt-domestic-pharma-market/1148447 Jan Aushadhi could be a game changer for Indian pharma — By RN Bhaskar | Oct 05, 2017 08:16 am This is like many other schemes that the...