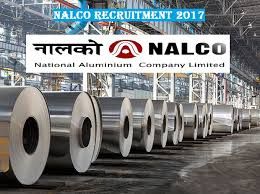 Nalco’s customers are of the opinion that the tariffs have been aimed at China and Russia more than at any other country. India was possibly part of collateral damage, they feel. Indian aluminium companies ought to be quite pleased with themselves.  Their industry has seen prices climb.  Not even the US move to slap import tariffs on this metal seems to have dampened market sentiment.

Many analysts had fretted about the US tariffs instituted by President Donald Trump in March Steel imports were subject to 25% and aluminum imports to a 10% tax.

These measures were aimed at getting USA companies to buy locally produced metal and thus boost the domestic metals industry.  But it is possible that the government may have miscalculated on aluminium.  As Tapan Kumar Chand, CMD, National Aluminium Company (NALCO) recently explained to a meeting with his major customers, “Consumption of aluminium in the US is very high. That country produces only 1.5 million tonnes but consumes 5 million tonnes.” While some of the imports will come from Canada and Mexico, which have been exempted from these import tariffs it is possible that the US might modify them for some countries.  Chand expects the Indian government to put up its case for import duty waivers to the US.

Will the Indian government succeed? Nobody really knows.  But many of Nalco’s customers are of the opinion that the tariffs have been aimed at China and Russia more than at any other country.  India was possibly part of collateral damage, they feel. This is because if one looks at numbers closely, India’s exports to the US are minuscule – either as a percentage of Indian production, or even as part of US consumption (see table).

As Chand explains, “So naturally, it would be hurting exports from China and other countries to the US. It will have some indirect impact but then our export to the US is quite quite less— it is only 1.25 lakh tonnes. That is only 10-12 per cent of our export. We do not expect any direct impact.”

“In any case,” he adds, “ we are expecting some change. As the president of the Aluminium Association of India, I am asking the government of India to seek exemption for India as we export very small quantities and hence do not affect US industries significantly.” Either way, Nalco has little cause for worry.  Its alumina is quite competitive in the markets because it enjoys the lowest cost structure in the entire world.  Moreover, with Indian Railways plans of upgrading its rakes by using more of aluminium and thus make them lighter and energy efficient, Indian aluminium producers, including Nalco, expect the domestic market to continue to grow at a brisk pace.

Chand expects the market to double in around 7 years’ time.  And he expects global markets to grow as well.  This is because the new generation of electric vehicles (EVs) are likely to consume more aluminium and less steel.  After all, this metal is less corrosive and significantly lighter than steel.  Smart housing, rural electrification and EVs are likely to use a great deal more aluminium causing the markets within India to remain very strong. That could explain why Nalco is in a hurry to expand its capacities. Chand points to how his company has already begun producing auto-grade aluminium and that will have a strong market in America and the European Union. He also underscores the fact that, “in the case of calcined alumina we are the best. The biggest players like Rio Tinto Alcan and Norsk Hydro, also purchase from us because of our quality”. He goes on to add that “we are going for a mega expansion of Rs 30,000 crore.  In that park, we will have an aluminium refinery at Damanjodi, then we will have smelter which will be a brownfield project. There will be expansion in terms of the power plant (aluminium is extremely energy intensive). There will be a cluster of downstream units (which could opt to receive molten aluminium) and other expansion plans. These are the new expansion projects that are coming up. We are expanding into specific based production.”

Why hydroponics could be the future of farming

https://www.moneycontrol.com/news/business/economy/comment-why-hydroponics-could-be-the-future-of-farming-2630781.html India needs to embrace hydroponics urgently The word hydroponics comes from hydro meaning water, and ponos meaning labour. It is meant to represent the growing...