Home Analysis For farmers to make money, the government should move out of procurement 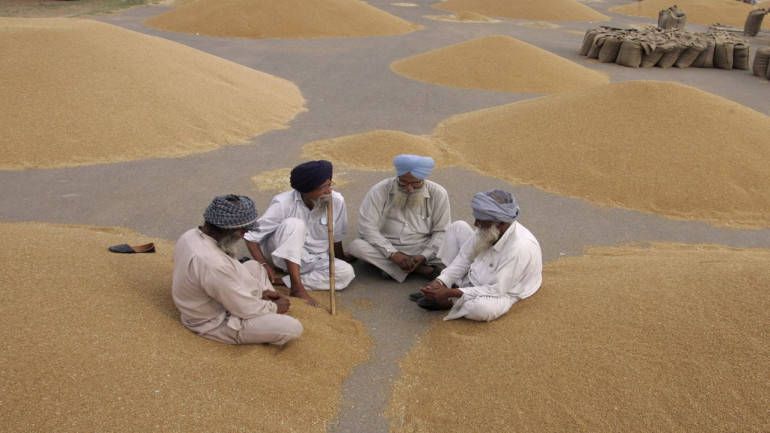 Why can’t the government benchmark farmer incomes as a percentage of market prices? Why can’t the Verghese Kurien formula be extended to all crops?

RN Bhaskar — Aug 10, 2018
The Narendra Modi government had declared doubling farmers’ income by 2022 as one of its primary goals. In some recent meetings, Prime Minister Narendra Modi has pointed out that in some districts, farmers have already managed to double their income. During the last Union Budget, the finance minister had also reiterated this commitment of doubling farmer income.But that is clearly not enough. In many areas, farmers get only 10 percent of the market value of vegetables. This is especially so in areas dominated by agricultural produce market committees (APMCs) that had been once promoted by the government as the best way to protect farmer interests. Gradually, and unfortunately, avarice got the better of goals and objectives. The farmers remained exploited. Obviously, under such circumstances, doubling farmer income was not enough. Getting 20 percent of the market price would be doubling farmer income. But that would be inadequate.

The right way would be to adopt the vision propounded and implemented by the late Verghese Kurien of Amul and National Dairy Development Board (NDDB) fame. He wanted to ensure that farmers got 70 percent of the market value of his produce (in Gujarat, today, the farmer gets over 80 percent of the market value of milk). Why can’t the government benchmark farmer incomes as a percentage of market prices instead? Why can’t the Kurien formula be extended to all crops?

The government obviously does not like the Kurien formula. It puts too much of money management powers in the hands of the farmers. When farmers are promised 70 percent (or more) of the market price, all procurement, processing and distribution must be managed within the remaining 30 percent. That leaves little money for politicians and their associates. That is why Maharashtra’s cooperatives continue to pay less than 40 percent of market price for milk to farmers compared to Gujarat.

There is another flaw in the cost-plus-50 percent formula. It assumes that someone will buy the produce. There are no standards laid down about the quality of produce and who will purchase the produce in case the farmer cannot find a buyer.

Having the government as a purchaser would only make the government the biggest distorter of market prices. Look what it has done with wheat and rice. These are the only two crops that the government actually procures in significant quantities. It purchases even more than it can store in its warehouses. As a result, much of the grain procured, gets damaged because of pests and exposure to weather.

Ideally, the government must move out of procurement altogether. This was evident when an experiment was conducted a decade ago by the then agriculture minister Sharad Pawar. He asked the two largest warehousing companies attached to commodity exchanges (NCMSL and NBHC) to procure grain from the remotest of areas (and with stiff conditions attached) and gave them a difficult target to meet. In record time, the two companies procured grain at lower cost of operation than the Food Corporation of India (FCI). The government got alarmed. It did not publish its findings. And the experiment was not repeated.

What the government should do is to allow for price discovery through commodity markets and not ban trading based on caprice and conniving. But then are we expecting the politicians to change their spots?

Result: Take all government assurances on farm pricing with a barrel of salt. Farm incomes must grow. But they will grow through contract farming, commodity exchanges and through ancillary businesses like dairy farming, animal husbandry, aqua farming and meat?

May be that is what the government ought to be working on. But can it forget its animal slaughter and animal export bans?