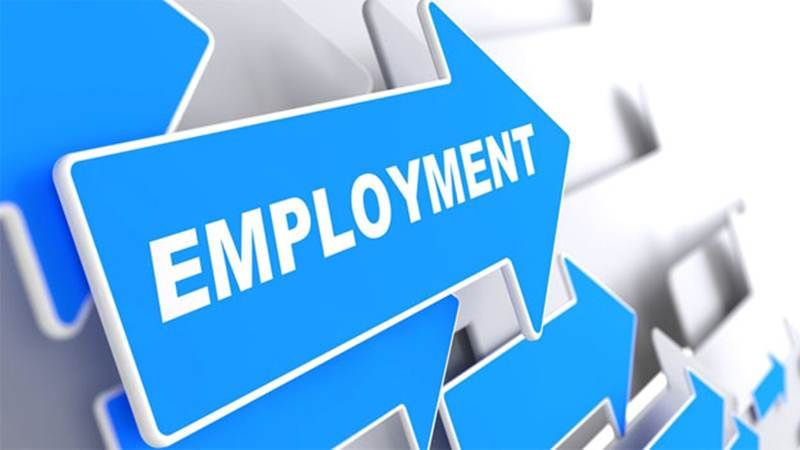 The International Labour Organisation (ILO) too offers little cheer. Its latest survey — World Employment Social Outlook: Trends 2018 – does not see any improvement in the unemployment rate for India (see chart). Even though the percentage of unemployment may remain constant, the numbers of unemployed has registered a constant rise.

In some ways, the government shot itself in the foot on the employment front. Demonetisation did destroy jobs.  Then there were the ill-advised moves on cattle slaughter.  The latter was more painful because it hurt many.  It hurt the farmer, who could not sell his aged cattle. It hurt beef exporters — India had already managed to become the second largest beef supplier to the world (http://www.asiaconverge.com/2017/06/saving-cow-comes-collateral-damage-jobs-exports-freedoms-votes/). It hurt the leather industry as well. It employs millions, and earns export money as well.  Fortunately, prodded on by the Supreme Court’s harsh reprimand, the government rolled back some of the anti-cattle slaughter measures.

So are dark days ahead for the Indian economy?

Not really.  Not if the government can muster up political will, and embark on policies that help galvanise renewable energy and create jobs.  Of course, to do this it must marginalise the role of state owned electricity grids,

Just adopting rooftop solar power, using the decentralised cluster mode managed by private operators, could actually allow the government to create some 80 million jobs (see chart) within a couple of years (http://www.asiaconverge.com/2017/12/sabotaging-rooftop-solar-and-employment-generation/).  The first rush of job formation could begin in six months’ time, after such a policy is put in place.  The big question is whether the government will have the political will.

In any case, the government may be nudged this way immediately after the next general elections are over.  This could be true for any government formation that comes to power at the centre. The reason:  Almost all state discoms are bankrupt.

The government’s much hyped UDAY scheme has not worked (http://www.asiaconverge.com/2017/04/uday-and-politics-of-appeasement-and-largesse/). The only way to ensure 24 x 7 rural electricity, without increasing state-owned-discom losses will be by allowing decentralised power generation units to come up.  That is why, many of the larger power companies in India are already banking on micro-grid technologies (http://www.asiaconverge.com/2018/06/tata-power-ceo-praveer-sinha-says-best-positioned-deal-coming-disruptions-energy-markets/).

But why should decentralised rooftop solar power centres create so many jobs?  Where is the empirical evidence?  For this, once needs to look at Germany which heralded the popularisation of rooftop solar power in the world (http://www.asiaconverge.com/2016/04/india-not-learn-germanys-hermann-scheer-solar-power-model/).  Within eight years of the programme being launched, Germany discovered that the solar sector had become a larger employer in that country than even the automobile sector, reckoned to be the backbone of German industry.

India, unlike Germany, has more sunlight.  It has more rooftops (because it has more people, hence more households).  Even where houses do not have a roof, a simple pole with a solar panel on the top can do the trick.  Combine that with decentralised methane generation using just human and animal excreta, and you can also have waste to energy plants dotting the entire country, saving India huge import bills (http://www.asiaconverge.com/2018/04/shit-can-mean-big-money/) and improving the health of women using firewood and inhaling fumes.

Rooftop solar create jobs because they need to be installed; then maintained.  They must be monitored for net metering.  And the entrepreneur who runs such a decentralised centre will try and encourage his target population to use more commercial electricity by starting some business or the other.  The entrepreneur then becomes the catalyst for creating more enterprises. It is a virtuous cycle.

Prime minister Modi can change India’s narrative once again.  He can create jobs  – in large numbers. He can make India rebound. The unknown and missing variable is obviously political will.

Tripura could become an economic powerhouse

https://www.freepressjournal.in/analysis/tripura-could-become-the-economic-powerhouse/1465094 Tripura could become the economic powerhouse for NE India RN Bhaskar - 21 Feb 2019 Ten years ago, nobody could have imagined economically backward Tripura to...