Home Analysis India must turn to rooftop solar power to exorcise the ghosts of... 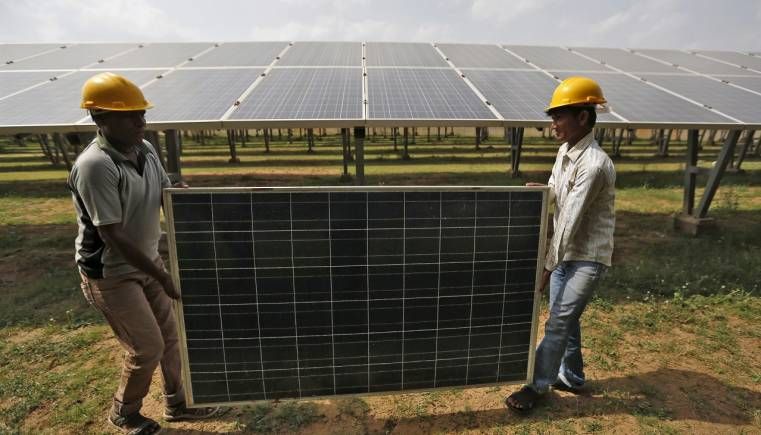 The unemployment spectre, and the way to exorcise it

Several indicators project a grim picture of the rate of unemployment in India. Focusing on rooftop solar power could be the answer.

The government is in a flap.  General elections are round the corner, and the spectre of unemployment looms large.  That is one reason why the government has begun focussing on farmers and women as key voters to be wooed — and playing the religion card as well. But farmers have seen little improvement in their incomes (https://www.moneycontrol.com/news/business/economy/opinion-farmers-in-india-dont-earn-much-many-are-terribly-exploited-2892291.html).  In a bid to reduce the impact of bad news, the government has already asked the ministry of labour not to post any updates on the unemployment situation on its website.

But the latest media reports about MSME (micro and small enterprises) segment registering a doubling of non-performing assets (NPAs) bodes trouble for the government (see table 1). This is because if NPAs are soaring, it could further stoke unemployment.

It is worth recalling that over 90% of the units in India and the labour they employ come from MSMEs (see table 2).  Any downturn in the fortunes of the MSMEs could immediately result in a further rise in unemployment.

And while the government itself remains silent on the unemployment numbers, there are reports from the International labour organisation (ILO) that the unemployment situation in India may not see any improvement in the coming years (see table 3).  On the contrary, if one goes by the numbers that CMIE has put out, unemployment in India could well have increased. The CMIE puts this rate at 4.7 per cent in 2017-18.

Reinforcing these numbers is the flashing light of low gross fixed capital formation (GFCF).  Any decline in this number indicates the unwillingness on the part of investors to put money into units which can produce more, hence create jobs.  The fact is that this number has been declining.  And that is not a happy sign (see table 4).

Put the four tables together, and you come up with a picture that could cause the furrows on the brow to deepen.

There could be one way out for the government. It is by adopting rooftop solar as a binding policy across the country.  Moneycontrol had written about this some time ago (http://www.moneycontrol.com/news/business/dear-pm-modi-heres-how-bureaucrats-are-planning-to-scuttle-your-rooftop-solar-employment-plans-2468501.html).  This policy alone has the potential of creating 80 million jobs within a few years’ time.  What is interesting is that at least 20% of the jobs could get created within the first six months of the implementation of this concept.

The concept itself is quite simple, and draws on the experience of Germany, which heralded mass scale solar power generation through rooftops.  Hermann Scheer (http://www.asiaconverge.com/2016/04/india-not-learn-germanys-hermann-scheer-solar-power-model/), the German minister for energy, decided at the turn of this century that if solar power could enjoy just 1% of the subsidies and benefits that had been given to the oil and gas sectors, solar could become immensely viable and even the powerhouse of the entire world.  One of the schemes he introduced was the concept of rooftop solar.

Knowing that most people would not have the time or the willingness to set up solar panels on their rooftops, Scheer created a middle layer of people who would do the installation (with government subsidies), the maintenance of the panels periodically at no cost to the customer, and monitor the use of solar power (free for the customer, with the surplus being sold and the revenue being shared by the middle layer and the customer). The scheme worked, and millions of households opted for rooftop solar.

But what was more interesting – and an unintended consequence – is that eight years later, Germany employed more people in the solar sector than in the fabled automobile segment. The solar po0wer business was labour intensive – it required installation, maintenance and constant monitoring through the use of bidirectional meters.. India, unlike Germany, has more sunlight. If solar could work in Germany, it would do wonderfully well in India.  This country has more houses – because it has more people, hence households.  Even where there is no roof over the shelter, one can always use a pole with a solar panel atop it.

What is needed is a decentralised mechanism to create a micro-grid, and work on short transmission lines.

If the government could allow small clusters to set up independent solar power generation systems – by the private sector, not by the government please – the results could be startling.  Since commercial power would cost more than residential power, each cluster solar power entrepreneur would strive to push his ‘parish’ into setting up a small enterprise.  It could be a welding unit, or a flour mill, or a tyre puncture repair facility.  The possibilities are endless.  The local rooftop solar entrepreneur would become the catalyst to promote enterprise, doing things that a government babu would not ordinarily do.  More entrepreneurs would mean more profits for the rooftop solar entrepreneur, employment and GDP growth.

As table 5 shows, the result could be startling.  In just a few years time, India could create over 80 million jobs. The country requires some 12 million jobs each year to meet the aspirational needs of a young and emerging population. This would take care of the first wave of unemployed youth, with the second and third wave coming in from additional solar installations and new startup enterprises.

But adopting this model would require reducing the role of state-owned grids (discoms) in supplying power to villages.  In turn, it would help reduce the losses that these discoms face year after year.  Some of these losses are the result of incompetence, but much of it through collusion, where power theft is mis-classified as agricultural consumption. It would also result in power to all villages, and additional national wealth.

This will require political will, because it will mean reducing the ill-gotten benefits to a sector which has fattened itself on the spoils of theft.  But with political survival at stake, the risk is worth taking.

So will the government bite?

Budget 2019 | From power to powerlessness: Risks are real

https://www.moneycontrol.com/news/business/budget-2019-from-power-to-powerlessness-risks-are-real-4081751.html Union Budget 2019: How to stop the country from going from power to powerlessness RN Bhaskar  -- June 10, 2019 The countdown has begun.  Most marketmen...