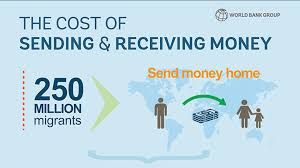 Can remittances surpass their 2014 levels?

Four years ago, when oil prices were slipping, there were worries that remittances from foreign workers into India would decline.  The reduction in oil revenues had made many countries in the Middle East shelve their development plans.  There were fears that mass retrenchment of Indians working there would soon take place.  The first batch of people who lost their jobs only helped intensify such fears. Today, there are many reasons to believe that the fears may have been overstated.  But the concerns still remain, and need to be addressed.

But first the good news.  India remained the biggest recipient of remittances in the world during 2017 (see chart).  It received $69 billion as remittances and was followed by China which received $64 billion..

The Middle East accounted for a bulk of remittances.  But as much as 82% of such remittances came from seven countries – UAE, the US, Saudi Arabia, Qatar, Kuwait, the UK and Oman

Some people also talk about how the current depreciation of the rupee will translate into higher rupee receipts.  But that could be neutralised by a similar rupee value of imports into India.

The pitfalls lie elsewhere. As the World Bank points out, longer-term risks to growth of remittances include stricter immigration policies in many remittance-source countries. Also, de-risking by banks and increased regulation of money transfer operators, both aimed at reducing financial crime, continue to constrain the growth of formal remittances.

The second problem is that even though India was the largest recipient of remittances, the total amount was lower than what was received in 2014, when remittances stood at $70.39 billion.  They slipped to $68.9 in 2015, and further to $62.7 the following year.  2017 saw this number revive, though not to 2014 levels.

The World Bank also highlights another concern. The global average cost of sending money back home $200 was 7.1 percent in the first quarter of 2018, more than twice as high as the Sustainable Development Goal (SDG) target of 3 percent. Sub-Saharan Africa remains the most expensive place to send money to, where the average cost is 9.4 percent. Major barriers to reducing remittance costs are de-risking by banks and exclusive partnerships between national post office systems and money transfer operators. Hopefully, India’s foray into this area with IMPS and RuPay could help address this problem, not only for Indians, but even globally.

Within India, Kerala, Maharashtra, Karnataka and Tamil Nadu together received 58.7 per cent of the total inward remittances. The southern states of Kerala, Karnataka, Tamil Nadu and Andhra Pradesh had a share of about 46% or $31.74 billion (Rs 2,30,900 crore). Clearly, the South remains the spearhead of manpower exports from India.

If India has to ensure that its remittances do not flag, it has to begin scouting for other areas to which manpower exports are possible.  As mentioned earlier as well, one country India should be cultivating very seriously is Rusia (http://www.asiaconverge.com/2014/06/russia-india-china-is-the-magic-formula/).  Russia has the largest land resources in the world, but suffers from one of the poorest of population densities.  Indians can help it exploit its mining wealth (Russia has the world’s largest reserves of gold and oil and many other minerals as well).

A beginning has already been made by the government through partnerships between the Russian oil industry and OVL the overseas wing of ONGC. Another mover has been made by Tata Power in its negotiations with Tata Power.

In December 2015, Tata Power signed an agreement with the Russian Ministry of Far East Development for investment projects in the energy sector in that region. region. It will also be building a rail line linking the coalfields to the nearest port (http://www.asiaconverge.com/2017/04/india-russia-yo-years-of-friendship/ and http://www.asiaconverge.com/2017/04/making-sberbank-relevant-to-india/).

Will oil gradually being phased out by solar and other renewable sources of energy, and with the global economic centre of gravity shifting eastwards, India will have to come up with new strategies to further its manpower exports.  Only then will India’s remittance flow remain strong.