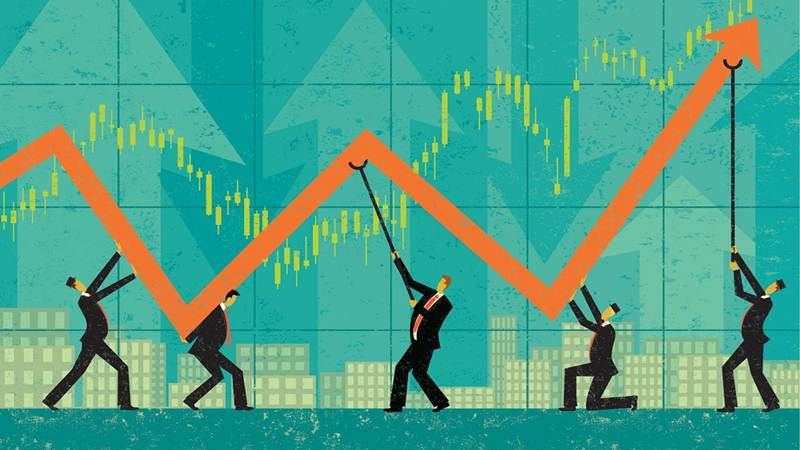 The Indian economy’s options are shrinking, but they’re still there

The next six months will probably be focused on elections.  Planners may not have either the political support or the willingness to deal with serious policymaking.  That in turn will make most businessmen hunker down till the fierce winds of political dust blow over. Yes, they will come out of their hatches if a great opportunity presents itself – like they do when it comes to fundraising through public issues (IPOs), rights issues (FPOs) or qualified Institutional Placements (QIPs),  Such fundraising is erratic, and comes in spurts (see charts alongside).

But economists watch for signs that investments are taking place. Gross fixed capital formation (GFCF) has been slipping. It has been declining over the last three years –  notwithstanding a slight uptilt in recent months (http://www.asiaconverge.com/2018/09/exorcising-the-unemployment-spectre-with-rooftop-solar/).

Equally worrying is the fact that Indian corporates have also begun deleveraging themselves.  Normally, debt does not matter so long as the earnings are higher than the interest payout.  That is why healthy companies use this money to keep expanding. Or else they keep the money ready for the next investment opportunity.  But when companies start deleveraging, it could suggest that they do not expect profits to remain as buoyant as they are today.  Could it be that they fear that interest rates may climb higher than the rates of profit generation?

Reduction in debt could also be a recognition that the good times of easy money are finally getting over.  With the new processes of dealing with insolvency in place, promoters have begun to realise that all their assets could get attached in case of a default.  In the face of declining profits, uncertain business climate and financial turbulence, it might make sense therefore to reduce debt.  The capacity to raise additional debt will always be around when business opportunities and growing markets reappear. But now is definitely not the time.

One of the sweet spots highlighted by the Edelweiss report on India Strategy 2019 – A tale of two halves (brought out on 19 November 2019)  is the growing size of India’s consumer markets.  Thanks to population growth on the one hand, and an expanding middle class on the other, India’s consumer markets have helped keep the country’s GDP growth at 7% if not higher.  It is this factor that has made most countries look towards India to revive their own sagging fortunes.

Arms dealers are looking to India as are technology companies.  Selling to India is the most attractive possibility that they could hope for.  It would allow the proceeds from their exports to India to fill their coffers back home.  Many of them would like a more sustainable relationship with India – by setting up manufacturing bases in this country.  But they aren’t ready for it currently.  Ever since the government began creating rules that make more difficult any arbitration process from a seat outside of India (http://www.asiaconverge.com/2016/08/arbitration-awards-india-shaken/), they are not certain about this country’s commitment to effective and quick dispute resolution.

The government wants Indian courts to retain the right to reopen discussions on arbitral awards.  That would prolong litigation, something that investors do not want.  One reason why they go for arbitration with a seat outside India is to avoid such reopening of arbitral awards.  India wants to promote its own centres of arbitration within the country, That is understandable. But it has refused to promise investors that awards by arbitration courts within India will be binding, and cannot be reopened by Indian courts. That upsets investors.

This fear finds reflection in the country’s rankings in the World Bank’s Doing Business, 2019 report (http://www.asiaconverge.com/2018/11/controlled-debt-but-worsening-investment-climate-are-not-good-for-the-economy/). While India’s ranking on the ease of doing business may have jumped 23 places to rank #77 in the World Bank’s rankings, a closer look reveals the flaws. India ranks #163 when it comes to enforcement of contracts.  It ranks #137 on starting a business and #108 in resolving insolvency.

If investors do not have confidence in India’s ability to protect investments, such inflows will slow down at first.  Thereafter money will continue to come in – but in dribbles.  And it will be hot money, willing to risk India’s laws.  The cost of attracting such money is usually higher than healthy investment funds. That in turn will soon begin reflecting on rates of return, and the business investment climate scores. But that is the price India will have to pay for not addressing the adjudication related matters quickly enough.

Yes, India has the promise and the allure still.  But it must get its law and order machinery and contract enforcement regulations in shape.  They are in shambles at the moment.

Pre-budget blues – going beyond the numbers

https://www.freepressjournal.in/business/policy-watch-pre-budget-blues-going-beyond-the-numbers Pre-budget blues – fund allocations don't mean anything till basics are put in place RN Bhaskar This column will appear just a little time before budget...