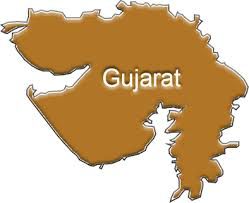 Few were prepared for the announcement. On Tuesday, the BJP-led government in Gujarat announced that it would waive off electricity bills of connection holders in rural areas to the tune of Rs 650 crore (https://www.firstpost.com/politics/after-congress-farm-loan-waiver-in-three-states-gujarat-writes-off-rs-625-crore-energy-bill-dues-of-rural-users-5754631.html).   In doing so, Gujarat effectively put the clock back by almost 15 years.  All the discipline Narendra Modi had drilled into the power consumption and generation story in Gujarat when he was its chief minister was now sought to be erased.

It clearly smacked of panic.  After the Congress dispensations in Madhya Pradesh and Chhattisgarh — where a loan waiver was announced — the BJP government did not want its voters in Gujarat to feel that they were being discriminated against.  As one of the characters in a play written by TS Elion put it, “In a world of fugitives, the one taking the opposite direction will appear to run away.”

India is rapidly hurtling towards becoming a land of fugitives – running away from reality, scampering away from prudence, and disdainful about the consequences that might befall the country tomorrow.  What matters is today and the elections in mid 2019. Since appeasement is  the flavour of the season, why not announce more freebees?  It does not matter if the burden will be suffered by the tax payers.  The actual tax-paying public is too small to matter when general elections are round the corner, and an atmosphere or reckless wooing prevails.

It must be remembered that power and water reforms were the key moves initiated by Modi when he was chief minister (http://www.asiaconverge.com/2010/05/narendra-modis-farm-miracle/) .  He ensured that every farmer paid his electricity bills, linking water, drip irrigation and prompt payment of bills to his entire strategy. It worked.  Gujarat managed to boost electricity consumption and generation (see table 1).  In terms of growth, Gujarat was even ahead of Maharashtra which was till then the key power producer in the country.

But there was another reason for Gujarat to feel proud, and the envy of any power sector analyst.  Watch table 2.  Note how Gujarat ranks head over shoulders compared to every state in the country.  It was not only a high energy consumer; it was also a state which was making impressive strides towards power reforms. There was one area where Gujarat had slipped.  It was lower than Maharashtra on the per capita consumption scale (see table 3).  But that could be because it did not allow any power to be wasted.  Each unit had to be paid for.  That is why even though Maharashtra was way ahead of Gujarat on the per capital consumption charts, there was reason for Gujarat to look disparagingly at its neighbour.  Maharashtra had learnt the unholy art of squandering power, like it had been squandering water (http://www.asiaconverge.com/2018/11/poor-water-management-in-maharashtra-is-criminal/).

Thus Maharashtra had a higher per capita consumption, a lower irrigation record (only 20% of Maharashtra’s arable lands are cultivated compared to over 60% for Gujarat.  Power theft was also rampant in Maharashtra, which was unheard of in Gujarat.

Not surprisingly, Maharashtra had a higher rate of farmer suicides than was the case in Gujarat (http://www.asiaconverge.com/2018/11/maharashtra-farmers-agitate-for-drought-relief-loan-waiver-and-compensation/). Not surprisingly, when one looks at the charts that show up financial solvency in the power sector, Gujarat does not appear among the indebted states.  Compare this with the figures for Maharashtra (see table 4).  It was clear proof that the neighbour was a profligate, while Gujarat had learnt to be responsible.

Suddenly, none of the earlier aspirations appear to matter any longer. And that tells you why India has moved from pride and hope to tragedy and gloom.

Remember how, not once while Modi was chief minister of Gujarat, was there any cry to ban cattle slaughter (http://www.asiaconverge.com/2018/05/cattle-slaughter-ban-missteps-may-factor-bjps-electoral-woes/).  This was even though Gujarat was, and is, one of the largest milk producing states in the country.  It is worth remembering that farmers in Gujarat get one of the highest prices for milk.  Its cooperatives (managed by the Gujarat Cooperative Milk Marketing Federation or GCMMF) pay around 80% of the market price of the milk to farmers (http://www.asiaconverge.com/2016/03/significance-of-the-dairy-industry/).  At times, if one takes into account the 5% bonus that is also given to farmers, the takeaway by the cattle owbners is as much as 85%.  What this means that Gujarat had learnt to manage its procurement, processing, marketing and distribution within 15% of the market price of milk.  Gujarat was the epitome of both frugality and efficiency. Compare this with Maharashtra where its cooperatives give only 50% of the market price of milk to farmers.  Modi reinforced the milk industry, just as he did the business of power generation and distribution.

But something went wrong after the state elections in Uttar Pradesh were declared.  Suddenly, Prime Minister Modi — who had been against loan waivers all along — allowed loan waivers to be announced.  Then all hell broke loose.  State after state began announcing loan waivers.  Now it has come to power bill waivers as well.

Unfortunately, India’s other constitutional arms have not understood the need to stand up as a bulwark against such corrosive forces.  As Raghuram Rajan, former RBI governor pointed out, the election commission should ban announcement of loan waivers in election manifestos.

Maybe, the courts are worried about the charge of judicial overreach.  Maybe they believe that the times are volatile and it is best to stay away from the frenzied fires that are plaguing India.  Why risk getting burnt?

But that is precisely why there are the other arms of government – to bring back sanity when others are losing theirs.  India’s inability to have strong institutions that could check this mad frenzy of freebies is a price that the country will have to bear for many years to come. It took us long to get where Gujarat was.  Now everyone is content to slip into the dirt and wallow in it.

Did someone say, mera Bharat mahan?

You snooze, you lose: Early entrant Germany scores over India in...

http://www.firstpost.com/business/you-snooze-you-lose-early-entrant-germany-scores-over-india-in-rooftop-solar-power-scheme-2751770.html The scorching pace of solar power – V This is the last article in a five part series.  The other articles can be found at...