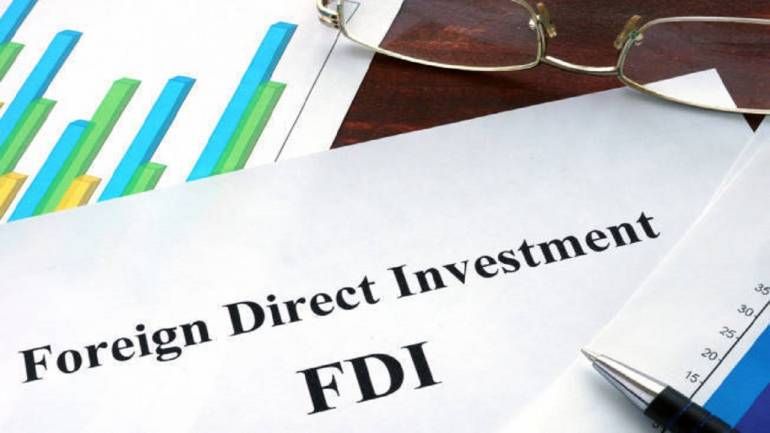 The slowdown in the Indian economy was much in evidence almost six months ago.  This author highlighted it through these columns in January this year (https://www.moneycontrol.com/news/business/economy/opinion-brace-yourself-for-an-economic-slowdown-3401971.html). The economic pangs are likely to get worse for the country in the coming months.

The acceleration in imports and the inability of exports to keep pace are likely to hobble India’s balance of payments in the coming months.  The near empty coffers of the government – given the lower tax collections thanks to a shrinking industry – will leave little money for the government to spend on infrastructure or on other job generation schemes.  Given the way politicians often act, populism could demand the that first claim to government funds should go to social schemes.

That, in turn will compel India to do one of two things.

One will be to find out ways by which the import bills can be reduced.  This has already been written about earlier (https://www.moneycontrol.com/news/business/economy/a-trade-crisis-looms-for-india-and-how-the-sun-and-waste-can-prevent-it-3719921.html).

The second way will be to move quickly to woo foreign investments.  Unfortunately, foreign direct investment (FDI) is unlikely to pick up because the government has not made investors feel that their investments are safe.   The issue of arbitration still rankles with foreign investors (http://www.moneycontrol.com/news/india/comment-asking-for-investments-is-good-but-can-india-guarantee-speedy-and-fair-grievance-redressal-2489553.html).  It was therefore quite timely that a conference on International Investment Treaties was organised last week by Nishith Desai Associates (NDA), a leading law firm, and the Singapore International Arbitration Centre (SIAC).

The conference dwelt on the manner in which the government had cancelled – in 2014 — all the bilateral investment treaties BITs) it had with 58 countries.  It wanted these countries to sign a modified BIT which forbade investors from those countries from approaching international arbitration tribunals without first exhausting existing legal remedies in India.  Given the abject rate of dispute resolution in India, no country has signed these amended provisions for the past three years – except for Cambodia and Belarus with whom India has little foreign trade. As a consequence, much of foreign investment has dried up – except often for investments from companies which have already invested much in India and need to keep their investments profitable and relevant. That could explain investments by entities like Vedanta (and Cairn) and Vodafone making substantial investments, even while they have challenged certain decisions f the government before international arbitration tribunals.

As NDA points out in its booklet titled International Investment Treaty Arbitration and India,  April 2019 — http://www.nishithdesai.com/fileadmin/user_upload/pdfs/Research_Papers/International_Investment_Treaty_Arbitration_) most of the BITs “contained language on investor-State dispute resolution .. . International arbitration is the most sought after remedy in BITs. 56% of the treaties offer investors the possibility to choose from among at least two arbitration fora. The number of fora that treaties offer investors to choose from has increased over time.”

Unfortunately, India has – till now – shown little interest in offering this flexibility to foreign investors.  Moreover, the passage of cases before international tribunals has not been easy, mostly on account of objections and arguments presented by the government of India which is the major disputant in most cases (the National Law Commission described the Indian government as a compulsive litigant – a view ratified by the Supreme Court —   http://sci.gov.in/supremecourt/2011/30837/30837_2011_Judgement_23-Nov-2017.pdf.

As a result, as the NDA document points out, “Today, India stands as a Respondent in more than fifteen cases involving investment treaties – the highest number of cases against a host State till date.”  Eleven of them are listed out in the chart alongside. Some of them have been pending since 2012. This list is longer than the three cases resolved since then (see chart). In one case, involving Dewas Multimedia, the government has even gone about filing criminal charges against the Indian officials who entered into the agreement with the litigant company.

Clearly, if the government wants to invite more FDI, it will have to create rules quickly to convince investors that their investments are safe.  One of the contentious clauses is what constitutes an investment.

The need to address all these and related issues is extremely urgent. As NDA points out, “With rising state regulation in diverse areas such as public health, environment, economic reforms and security amongst others, international investment treaty law is striving to balance investor protection with state interests. Further, the diminishing distinction between traditionally capital-importing and capital exporting states has called for a re-look at BITs and investment protection standards.”

India has been notoriously lax in effective dispute resolution.  That is where institutions like SIAC have stepped in as the ideal seat for arbitration, saving litigants cost and time.  India even refuses to pass a binding law that decisions by the tribunal — based in the new arbitration centre just created in Mumbai — will not be reopened by Indian courts.  Just look at the way in which the Ranbaxy case has continued to drag on, with compensation not being paid to Dai-ichi even after clear and unambiguous rulings by the arbitration tribunal in May 2016. Clearly, the government seeks to protect its own interests over that of investors.  That is truly unfortunate.

With political pressures rising to create more jobs, which in turn will require more spending on infrastructure and industry, the need for FDI will become more urgent. Expect political pressure to do the trick that common sense was unwilling accept. That unfortunately has invariably been India’s bane.  Most legal redressals are based on political pressure, not on long-term planning based on sagacity and discussion.

If India has to gain a place among the best in the world, it has to focus on dispute redressal on a war footing.

India, China and the Brahmaputra