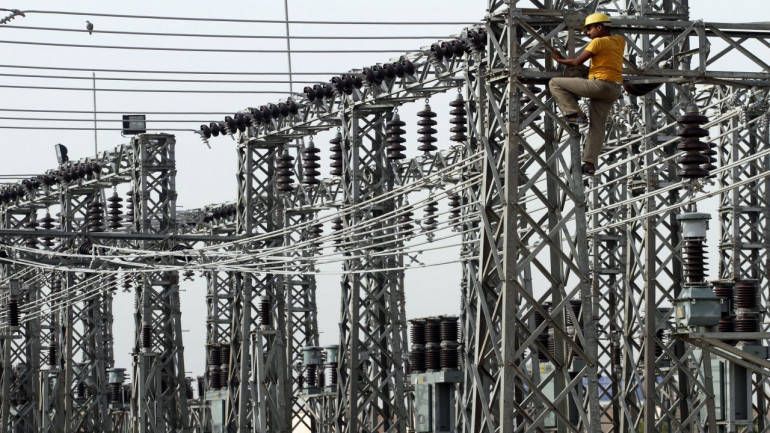 Is the govt prepared for major disruptions in the power, fuel and electrical engineering markets?

Decentralised solar power generation and methanation for village clusters could transform India faster than any doles from the government can.

First take the hype. For all practical purposes, everything seems hunky dory in the energy markets in India.

UDAY was launched by the government in November 2015. It was a program aimed at financial turnaround and revival of electricity distribution companies in India. The idea was to rework the Rs.4.3 trillion (Rs.4.3 lakh crore) debt of power distribution companies (discoms). The intent was good. But it was marred because of the political environment — where freebies get promoted (free power, loan waivers, regularization of land encroachment become political manifestoes even with the ruling BJP). Ironically, nobody, not even Crisil, India’s premier ratings agency, pointed to the deteriorating acid test ratio which could help determine discom health. It was a case of the emperor’s new clothes (http://www.asiaconverge.com/2017/04/uday-and-politics-of-appeasement-and-largesse/). UDAY was a great project marred by political expedience (see chart http://www.asiaconverge.com/wp-content/uploads/2017/04/2017-04-06_FPJ-PW_UDAY-composite.jpg.). The truth was that many discoms fudged figures.  They showed losses declining.  It is possible that many of the losses were clubbed under subsidies.  For instance Maharashtra has excelled in showing power theft as agricultural usage, thus reducing the actual losses on its books.  Not surprisingly, Maharashtra has the unique distinction of having more water pumps per acre than many other states.

The same is the case with solar power.  At first blush, it looks as if solar could be a solution to the country’s energy woes.  Solar power tariffs have been declining (see chart).  But the government is silent on the manner in which many state governments have refused to pick up the power generated by solar farms, even though they have proper power purchase agreements (PPAs). The reason? The first PPAs were signed at higher tariffs.  Now the tariffs are low.  The states are trying to muscle down solar power suppliers into accepting lower tariffs.  There is no regard for the sanctity of legal and contractual obligations under the PPA (http://www.moneycontrol.com/news/business/economy/why-the-economic-survey-is-wrong-about-renewables-2390283.html) .

In August 2015, the power ministry announced that it would promote rooftop solar power.  On paper that looked very good.  But the largest beneficiaries of solar power – industries with large factories, hence large rooftops – were told that if they reduced their offtake of grid power, they would be slapped by standby charges, which would effectively nullify the benefits from cheaper solar power.  Ditto with large commercial complexes.  They were told that they would have to pay an additional levy called the B.E.D, a legacy from British days, on the solar power they consumed. So, while the state officially allowed the promotion of cheaper solar power, it surreptitiously discouraged solar power useage by levying charges that would take away the benefits of solar power.

But why is all this happening?  There is a simple answer.  No legislator wants to bell the cat of power subsidies, and even power theft.

The urge to splurge Look at it this way.  Rural folk and slum dwellers (considered as EWS or economically weaker sections of society) get power at subsidised rates.  Farmers get power at around Rs.1.25.  The precise number is unavailable because the Central Electricity Authority (CEA) does not provide it for recent years. In its review dated February 2017, it has posted data only till 2013-14 (wasn’t India supposed to be in an online data world?).  The cost of power is around Rs.3 per unit in Maharashtra though the all-India figure is closer to Rs.5 (see chart alongside).  Clearly, someone does not want this data to be available to people.

The difference of Rs.1.25 per unit (cost of power minus subsidised tariff) has to be paid for by someone.  This subsidy is met by common householders like you and me, who pay around Rs.6 a unit.  It is subsidised by industrial units which are charged Rs.6-8 a unit.  Contribution to the subsidy is also made by commercial units which pay around Rs.12.  Advertisements and hoardings pay an even higher tariff of Rs.14.

Now if the industrial units start meeting some of their power requirements through factory rooftop solar, they would pay that much less for grid power which is priced at Rs.8. The industrialist is happy, because he gets solar power at under Rs.4 a unit.  But the state loses the remaining Rs.4 per unit.  Its ability to pay for the subsidies is affected.  And the constituents who enjoy this subsidised power are often cultivated vote-banks. So the legislators work out ways to make solar power expensive.  And the entire benefit from solar that the government talked about becomes nothing more than hot air.

So the government is caught in a quandary.  If it promotes solar aggressively, it could lose its vote-banks. If it does not, it loses out on major strategic advantages India enjoys – lots of sunshine, lots of houses, and falling battery prices.

So, is there a way out?  Possibly yes.  In a paper this author submitted to the government of Maharashtra, he pointed out that the solution could lie in adopting solar power in three stages.

First, take all the subsidies and losses that state owned discoms make each year.  Take the cumulative value of such subsidies and losses that the state could make over a ten-year period. Take the entire amount, and capitalize it.  Transfer these ‘losses’ to a separate corporate entity which is allowed to raise bonds from the market. Let’s call this entity CapSubsidy

Second, since no fool is going to invest in losses, the government will have to prepare a master plan of how profits could be made.  One way is to use the capitalised amount to finance a viable project.

Third, such a project is possible if one is allowed to set up decentralised solar power stations – one for a cluster of 100-200 villages.  Each of these projects will be handed over to a private entrepreneur (avoid government agencies because the temptation to provide more freebies has to be avoided), who must bring in at least 20% of the project cost as seed capital. The rest could be advanced – through designated banks — as medium-term debt of say 10 years by CapSubsidy.

Obviously, the investor would have to provide suitable bank guarantees to ensure the invocation of penalties should he renege on his obligations. The private sector promoter is allowed to sell power to the 100-200 villages but with a condition.  The first 200 units for each household will be given free of cost. That is to ensure that the politicians do not lose their vote banks.  The excess power used by each household is charged a market tariff. The state regulator and the local tehsildar/collector can monitor the functioning of this private entity.

To become viable, the entrepreneur begins to play the role of catalyst as well.  He must encourage villagers to use more power, and thus earn some more money.  It could be teaching him to use a lathe machine, or an electric saw, or an electric sewing machine.  Or else he will have to coax them to lead a more comfortable life.  The use of ceiling fans and air-conditioners will also help the entrepreneur make profits.  Since transmission lines are short – from the solar panel to the houses – the losses are negligible. With falling battery prices, power is available even when there is no sunshine. The more the consumption, the more profit does the entrepreneur make.  And since the entrepreneur is not a politician, he will not allow artificial splitting of households, or illegal diversion of power (theft).

The state grid now has no subsidies to cope with.  So high-tension power for industry becomes cheaper — at around Rs.4-5 a unit. That makes the entire economy more competitive.

Moreover, the state will have to deal with the growing redundancy of the grid. It may eventually be used to power the increase in the number of electric trains, which in turn will result in the saving of diesel imports. It will also have to deal with disruption for manufacturers of electrical equipment as well.  For instance, since little power goes through the grid, power transformers may no longer be required.

The good thing is that power for all, at reasonable prices, now become possible, with the guarantee of sustainability. Industry becomes competitive as well.

The state can give the entrepreneur an added business advantage.  It can allow him to get each household to dump all its human, animal and farm waste into a pit from where it is ‘sucked’ into a central digestor. A company like Envac could show the government how this could be done.  All of a sudden, the waste begins to generate methane, which should be enough to meet the LPG requirement of all households in that cluster of villages.

By adopting this model, India harnesses its own strategic resources.  It has the second largest population in the world, hence it is the second largest in the creation of human waste.  It has the largest population of cattle in the world.  Together with animal waste from other species as well, it could have the largest pool of animal waste.  Add to this agricultural waste which is a multiple of human and animal waste – rotten vegetables, stumps of stems and talks after the harvesting is done.  And finally add to all this forest waste which is humungous.

That reduces the need to collect firewood, and hence prevents deforestation. respiratory ailments and hence medical costs. It reduces the import bill for LNG/LPG. The residue slurry, after the methane has been extracted, can be dried, diced, and sold as organic manure.  If the digestor is large enough, a desulfonation plant could be added to remove the sulphur, which then removes the unwelcome odour.  The sulfonation plant, as our studies have shown, actually pays for itself, because the sulphur can be sold. Swachj Bharat (Clean India) now begins to become more meaningful, even profitable (http://www.asiaconverge.com/2016/07/solar-methane-better-days-ahead/).

It can be done

Can this be done? Yes. Just look at Sweden.  It has learnt to make money out of waste (http://www.asiaconverge.com/2014/08/lessons-we-can-learn-from-sweden-in-waste-management/).  It has abolished landfills since 2004.  Today, its waste-to-money plans are so successful, that it even imports waste from other neighbouring countries (see adjoining chart).

Together, decentralised solar power generation and methanation for village clusters could transform India faster than any doles from the government can.  True, it will upset many vested interests.  But India’s planners will have to decide whether they want change in a planned manner which makes India strong, or in a chaotic manner, where investors get hurt, and the cost of transformation can be excruciatingly high.