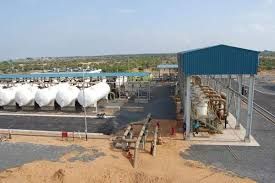 Why is Niti Aayog promoting desalination which is irrelevant, expensive and polluting?

Water Series #11 –(Other articles in this series are given below)

In mid-july 2019, Niti-Aayog came up with a proposal that impressed many people (https://www.moneycontrol.com/news/india/niti-aayog-plans-setting-up-desalination-plants-along-7800-km-coastline-4183971.html). It proposed that in order to address the country’s water woes, desalination plants should be set up along India’s vast coastline. The potable water could then be supplied around cities through a network of pipes.

To avoid picking up large tracts of (valuable and population sensitive) land along the coasts, Niti Aayog suggested that the desalination plants could be floating on sea, which could leverage solar energy or ocean energy to reduce their carbon footprint and energy cost.  Niti Aayog is expected to “handhold the newly formed Jal Shakti Ministry and provide it with cost analysis and project viability report for these plants.”

This article is aimed at providing a perspective that is different from the one painted by the government think-tank.

Prima facie, the plan looks brilliant.  But it could be monumentally disastrous for several reasons.

First, desalination plants should be set up only as a last alternative after other methods of water management have been implemented.  Adopting this band-aid approach will make people temporarily forget the seriousness of the water management which is often ignored in India (https://www.moneycontrol.com/news/business/economy/mission-paani-authorities-slip-up-badly-on-waste-management-even-water-harvesting-4204031.html). You could include water theft as well (https://www.moneycontrol.com/news/eye-on-india/videos/tanker-mafia-earning-rs-8000-10000-crore-annually-from-water-biz-in-mumbai-4057001.html).  Then there is the environmental damage to be considered (dwelt on a bit later). Second, India is already blessed with more water than most of its Asian neighbours (https://www.moneycontrol.com/news/world/water-usage-lessons-india-should-learn-from-china-4026441.html).  Even the Central Water Commission admits that India is water stressed, not water scarce (https://www.moneycontrol.com/news/business/economy/indias-water-scarcity-is-a-confirmed-myth-and-why-govts-propagate-it-4180631.html).  What is needed is to reduce the stress through recycling and preventing contamination of fresh water caused by pollutants getting into rivers, ponds, seas and even groundwater reserves (https://www.moneycontrol.com/news/india/opinion-petty-graft-could-sabotage-water-and-waste-management-and-even-the-pms-biggest-schemes-4236081.html). It is absurd to spend money on cleaning the Ganges over and over again, without first stopping all pollutants from entering the river.  If you don’t do this, the cleaning job will go on forever, bleeding state funds dry. Management of waste water would not only relieve the water stress in India but would also make all the three key schemes of the prime minister that much more relevant – Swachh Bharat, Ujjwala Bharat and Ayushman Bharat (https://www.moneycontrol.com/news/india/opinion-petty-graft-could-sabotage-water-and-waste-management-and-even-the-pms-biggest-schemes-4236081.html). Adopting the Niti Aayog solution of desalination could wreck all the three plans of the PM.

Third, the need of the hour is to use the crisis to ram through several legislative changes that will allow the government to measure consumption, quantify waste generation and immediately ensure that there is zero discharge of waste (https://www.moneycontrol.com/news/business/economy/mission-paani-authorities-slip-up-badly-on-waste-management-even-water-harvesting-4204031.html). India needs policies aimed at ensuring that water footprints are always kept in mind before planning for cropping, import and export (https://www.moneycontrol.com/news/business/economy/india-forgot-about-the-water-footprint-4155691.html).

Fourth, India’s balance of payments (BoP) is worsening (https://www.moneycontrol.com/news/business/economy/a-trade-crisis-looms-for-india-and-how-the-sun-and-waste-can-prevent-it-3719921.html). Therefore incurring capital expenditure on not-so-urgently-needed desalination plants is not a wise move. In fact, waste management, which is part of water management, could even help India managed its BoP.  Such measures need to be put in place first.

It is also worth remembering that desalination is expensive.  Compare the water cost (not to be confused with price) for Mumbai.  It is estimated to be 0.8 paise a litre.  Desalination will cost nothing less than 3.5-5 paise per litre (never mind what state governments pay private players  in India for desal water.  But that is a story we shall deal with later).

The amount of 4 paise per litre looks small.  But multiply this into hundreds of millions of litres per day and the increased costs could touch Rs.1,000 crore a year for any city.

True, the demand for desalination has been growing. There are around 18,000 desalination plants in the world. They collectively have a production capacity of around 86.55 million cubic meters a day – around 1 percent of the world’s need.  But over 50% of this comes from the Middle East. A quarter of this demand comes from wealthy countries like US and Singapore where setting up such facilities won’t hurt the national exchequer.  Another quarter comes from countries where graft had a major role to play in getting governments to opt for desalination.

Yes, desalination is good for countries like those in the Middle East, where there is just no additional water available. The cost of having no water is then greater than the cost of desalination.  India does not fit that description.

Fifth, there is enough evidence of the disproportionate amount of money that is being made clandestinely from desalination plants. More on this later.   The issue of costs and corruption will be taken up in another article shortly.

Niti Aayog’s desalination proposal flies in the face of each of these five reasons.

Wired (https://www.wired.com/story/desalination-is-booming-as-cities-run-out-of-water/?verso=true) explains how “desalination is coming into play in many places around the world (see chart). Several factors are converging to bring new plants on line. Population has boomed in many water-stressed places, including parts of China, India, South Africa, and the United States, especially in Arizona and California. In addition, drought—some of it driven by a changing climate—is occurring in many regions that not that long ago thought their supplies were ample.”

But the article also points out that “desalination has some serious environmental problems. There are two types of desalination—thermal, which heats up water and then captures the condensation, and reverse osmosis, which forces sea water through the pores of a membrane that are many times smaller than the diameter of a human hair. This traps salt molecules, but allows the smaller water molecules to go through. Both require a great deal of energy, and greenhouse gas emissions created by the power needed—especially in the Middle East, where fossil fuels generate electricity—are a significant contributor to global warming.”

Moreover, the residual water is concentrated salt known as brine.  This is because it takes around two litres of sea water to produce one litre of fresh water. That brine can destroy sea life by cutting off oxygen.  It will affect the livelihood of all fisherfolk along the coast, of algae and seaweed growers (https://www.moneycontrol.com/news/india/comment-cultivating-seaweed-could-be-a-massive-opportunity-for-india-2589455.html). Even the sucking in of the water will seriously damage sea life as fish or other large organisms get stuck on the intake screen, and fish larvae, eggs and plankton get sucked into the system and get killed.

Moreover, most of the countries that have desalination plants are not major fish exporters.  They import fish.  India is a fish exporter.  This sector accounted for forex earnings of $6.8 billion during 2018-19 according to the latest Economic Survey (see table).  And don’t forget the millions of fisherfolk that live off the harvest from the sea.  It is worth noting that the domestic market for sea-food is much larger than the export market.

Finally there is the issue of corruption and financial profligacy.  Watch this space. 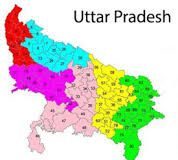 http://www.firstpost.com/business/budget-2017-with-polls-nearing-will-uttar-pradeshs-farm-sector-industry-get-a-boost-3195220.html Budget proposals that could swing voter sentiment - I: Will agriculture get priority in Budget 2017, on the eve of Uttar Pradesh elections? (With elections...