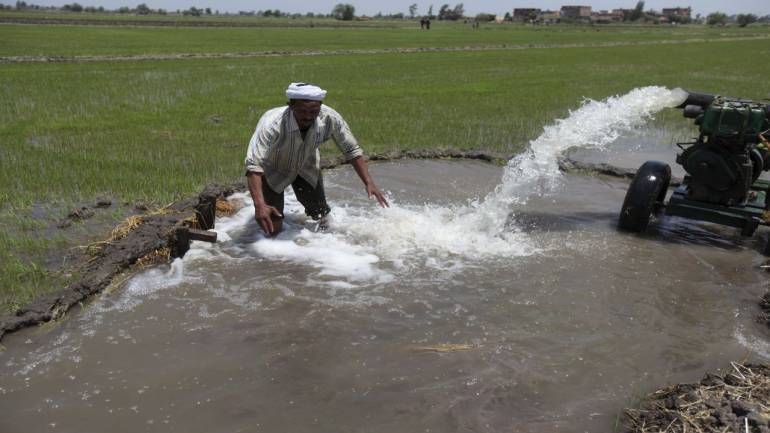 Other articles in this series are listed below.

The govt slips up badly on waste-management, even water harvesting

All water management has essentially three major components.  No it isn’t rain water or rivers – as they are essentially a gift (of God or Nature, take a pick).

But once the water is made available, it must be preserved.  That is where water-harvesting comes in.  Water must be stored for future use, and ground water reserves replenished. The better the water-management, the less the runoff.

Yet look at what happened just a week ago.  Mumbai had heavy rains. Municipal authorities proudly explained how they had stopped excessive flooding in Mumbai by pumping out into the sea two lake-fulls of water. What?

Obviously, that statement brought on a lot of flak.  This heavy downpour has now become an annual feature.  Shouldn’t the municipal corporation and the government have made plans to save the water, instead of dumping it into the sea.  And ironically, the same governments will want desalination plants for converting seawater into potable water again (more on this later).  What a cruel joke on tax-payers and citizens.

But the next most important part of water-management is waste-management, where one can often see government agencies somnolent; unwilling to move.  Or you have a corrupt apparatus which seeks to use the waste-treatment laws as yet another opportunity for demanding bribes. Both are reprehensible, though the second should invite provisions relating to terrorism and anti-national activities, because they seek to destroy a vital national asset. But the government should be sincere about waste-water-management.

The third part of water-management is distribution.  It is about water pricing policies. These policies help control the amount of water used by individuals, households, industry and even agriculture (https://www.moneycontrol.com/news/business/crisis-alone-can-make-water-policies-change-4122021.html).

The government can decide that individuals (not households as this can be manipulated – https://www.moneycontrol.com/news/business/more-doles-for-the-needy-will-only-result-in-more-corruption-3838161.html) can use 200 or 2,000 litres a day, after which water-charges will increase telescopically. The state can decide on how much water gardens could use, failing which telescopic charges would apply.  That would get people to use micro-irrigation techniques. It is what Gujarat did under Narendra Modi’s chief ministership (http://www.asiaconverge.com/2010/05/narendra-modis-farm-miracle/). Or it could decide on how much water farmers could use, thus deciding which crops could be grown in specific regions.  Water pricing is the best policy-measure to ensure water-equity for all.  This is where the state has to ensure that distribution mafia-like operations — like that of water tankers (https://www.moneycontrol.com/news/eye-on-india/videos/tanker-mafia-earning-rs-8000-10000-crore-annually-from-water-biz-in-mumbai-4057001.html)  — are not allowed to flourish.

Obviously, waste-management is crucially significant — after water has been gathered.  This also involves effluent treatment.  There is no sense having the water, storing it, and watch it contaminated with effluents and other noxious elements. It could destroy lives.

Incompetence or collusion, or both?

Take the somnolent aspect of state administration first. Look at the table alongside.  It gives two instances where two of the most polluting industries – paper and distilleries — set up effluent treatment plants to move towards the government’s much touted zero-discharge policy. Many industries claimed that zero discharge was just not possible. Alfa Laval took up the challenge.   That allowed the two companies to adopt a zero discharge policy which the law wanted.  Thus, if there is will, effective waste management is immensely feasible.

But ask around.  You will learn that these two are exceptions to the rule.  At least 50% of the units in each of these industries just do not bother to adopt zero-discharge policies.

Some say that it is because the Central Pollution Control Board (CPCB) — https://cpcb.nic.in/ — moves into action only when there is a complaint.  Other claim that the CPCB and its state affiliates remain benign so long as their palms are greased. When the graft stops, the laws get applied selectively (remember the Nestle-FSSAI case — http://www.asiaconverge.com/2015/06/fssai-bans-and-corruption/).

Either way, penalties are called for.  In the first case there is sloth and incompetence as over 50% of industrial units (even the worst polluters) go scott free.  The second set should invite penalties relating to corruption.  Either way, the CPCB officials need to be pulled up, swiftly and severely, for any slippage on the waste management front.

Just observe how the streams around Loni/Hadapsar – on the outskirts of Pune — are full of floating froth during every sugarcane crushing season.  They are visible to the naked eye – the author has witnessed this several times.  Yet the sugarcane industry, which also runs distilleries, goes scott free?

Or take the shameful approach to medical waste by the Food and Drug Administration (FDA), Maharashtra (http://fda.maharashtra.gov.in/).  It is mandated to ensure that all medical waste is properly treated. Medical waste can be highly toxic.  It cannot be allowed to contaminate water. Doctors, clinics and hospitals (waste generators) are therefore not permitted to club medical waste along with other garbage.  It must be stored separately.  It must be evacuated at least once every 48 hours and disposed off.  Yet, no disposal centres have been specified.

Instead, the FDA approves an agency (usually run by friends of FDA officials) mandated to collect the waste from every waste generator. The collection agency — SMS Envoclean Pvt Ltd in Mumbai – ‘calculates’ charges depending on the volume of waste generated.  Waste generators pay up every month. But the waste is often not collected for a week, sometimes for the entire month.

Worse, there are reports of how some waste collectors spill this waste near the premises of the  waste generators merely to demand payment for polluting. Complain and the waste generator could get targeted for one reason or the other.  So, keep quiet, and pay up instead. There is no third party inspection of how the waste is actually disposed off. There are unconfirmed media reports of some collection agents trying to recycle the waste (especially syringes) by selling it in the grey markets.

The CPCB has left this job to the state authorities, which in turn have mandated the state  FDA. This FDA has blithefully sub-contracted waste (and money) collection to another agency, which indulges in mafia type operations. Obviously, both the CPCB and the FDA officials need to be charge-sheeted. But none has been so far.

Take legislators too.  The moment there was flooding in Mumbai, they claimed that plastic debris had clogged the water pumps.  But shouldn’t there have been sieves to filter the plastic out? The legislators then came out with a full-throated cry seeking a total ban on plastic.  How naive!  The legislators need to look at this three-and-a-half minute video about Singapore (https://www.youtube.com/watch?v=Dei_duocsu4&feature=youtu.be). No, plastic isn’t banned there.  It is treated.  Waste is managed, not banned.

Why do Indian legislators love bans?  Is it because it allows vigilantes to collect graft from hapless consumers and shopkeepers?  Or is it because finding solutions is difficult? Don’t they realise that paper bags denude forests, and cloth bags are expensive?  The fibre bags that are called biodegradable are usually made of plastic which disintegrate into microns after a period of time.  That gets into the water and contaminates sea-life as well.

Clearly, the legislators need education, as do the judges.  Waste is far more serious a subject than the enforcement of bans. 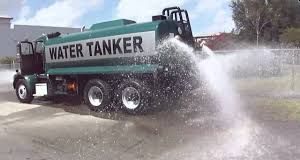 https://www.moneycontrol.com/news/eye-on-india/videos/tanker-mafia-earning-rs-8000-10000-crore-annually-from-water-biz-in-mumbai-4057001.html Water series – 3:The stranglehold of the water-tanker-mafia Other articles in this series are given below: RN Bhaskar – 3 June 2019 Mumbai and the rest of...