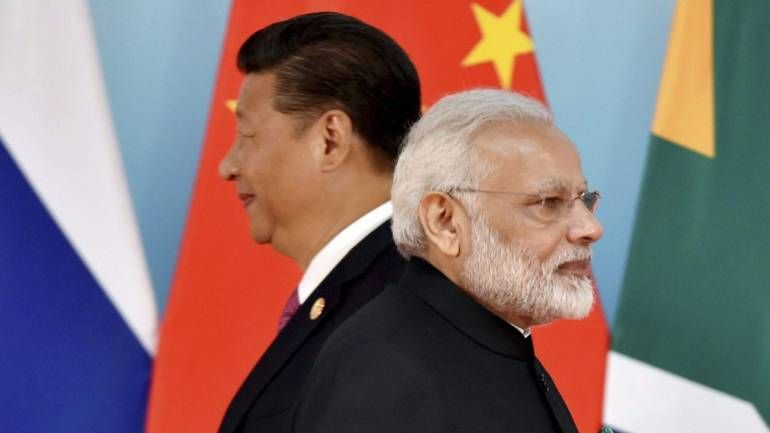 India-China relations – lots of potential there, but . . .

The Modi-Xi talks in Mahabalipuram are over.  Officially, the talks have been a success, and will pave the way to better understanding, more trade and stronger ties.  The vexatious topic of Kashmir and the abrogation of Article 370 was not discussed. There is no denying that India-China trade has grown substantially over the years.  China is, today, the largest trade partner for India (see chart) with total trade close to $100 billion.  But there is a trade imbalance – with China exporting more to India than India to China.  Both countries want to redress this situation.

At the same time, as The Chinese Ambassador to India Sun Weidong recently stated (https://www.thehindu.com/opinion/interview/regional-disputes-should-be-resolved-peacefully-through-dialogues-and-consultations-chinese-envoy-sun-weidong/article29618737.ece), in the first half of the year, the trade deficit with India had already fallen by 13.5% year-on-year, pointing to the way this imbalance could be eased.

The Chinese envoy also pointed to the tremendous appeal that Chinese audiences have for Indian films. He added that “We should broaden our vision and take more holistic measures such as increasing mutual investments, encouraging Indian companies to participate in China International Import Expo, upgrading Nathula border trade port to make the pie of cooperation even bigger and gradually reduce trade imbalance in the process of cooperation and development of the two countries.”

Moreover, he also pointed to how, “More than 1,000 Chinese companies have increased their investment in industrial parks, e-commerce and other areas in India, with a total investment of $8 billion and 2,00,000 local jobs created. Chinese mobile phone brands such as Xiaomi, VIVO and OPPO have been well-established in the Indian market. Indian companies are also actively expanding the Chinese market, with a cumulative investment of nearly $1 billion in China. According to Indian statistics, more than two-thirds of Indian companies investing in China are making steady profits.”

But watchers of Sino-India relations are not entirely convinced.

They point out how, just last fortnight, there was news about the government of India issuing a notification to all Indian Universities not to enter into any agreement for exchange programmes with the institutions in China without prior clearance from the Ministry of External Affairs (MEA) and the Ministry of Home Affairs (MHA). Implementation of MoUs that Indian Universities have already have already entered into with their Chinese counterparts have been put on hold till the MEA and MHA provide clearances.

This communication was sent out to all vice-chancellors of all government and private colleges. It is believed that many Indian institutes have signed agreements or MoUs with Chinese Universities for exchange programmes relating to both students and faculty and for the opening of Chinese language centres too.  In Mumbai such language centres have been functioning for several years at the University of Bombay and the Somaiya group of education institutes.

Education administrators say that such a notification is quite unusual.   Moreover, it comes after India and China signed an MoU for educational exchanges during Prime Minister Modi’s visit to Beijing in 2015.

It must also be noted that just in October this year (https://economictimes.indiatimes.com/industry/services/education/china-restricts-teaching-of-mbbs-in-english-to-45-colleges-amid-big-surge-of-students-from-india/articleshow/71482435.cms) China approved teaching of MBBS courses  (the course for certification as allopath doctors) in English in 45 colleges.  This was in view of a surge in medical education enrollments from India with Chinese medical education centres.  At present, 21,000 of the 23,000 Indian students in China are there to study medicine.

This is because of two reasons.  Chinese colleges have a higher standard of education with better teachers – often sourced from around the world.  They offer better facilities too – better labs, excellent libraries, better audio-visual aids and better hospitals. But the second major reason is that a five-year course in China, along with residence, is likely to cost Indian students a total of under Rs.15 lakh.  This is significantly lower than the fees Indian private medical colleges charge – there is a paucity of government college seats — where just the capitation fee is often in excess of Rs.1 crore. Moreover, these private colleges have neither the facilities nor even teachers.

India has to deal with this issue for the benefit of medicare as well as India-China relations. One does not know if this was discussed at the Modi-Xi meet.

The other irritant is the unwillingness on the part of India to take a stand on allowing Huawei to introduce 5-G in India.  After all it is the leading player in this space in the world.  It is also a much cheaper option than the solutions offered by the West (https://www.freepressjournal.in/business/banning-huawei-may-raise-indian-telcos-capex-on-5g-fitch).  A short 6 minute video on 5-G is also quite enlightening  (https://youtu.be/lv2ksommY0Y) because it shows how security concerns may be hyped up.

Having normal business relations, by keeping the biggest, best, and cheapest technology player out, may not be very helpful.

Finally, many Chinese still haven’t quite forgotten how India, without even a discussion on the subject, quietly amended the Enemy Properties Act in Jan 2018 and included China in it (https://www.google.com/url?sa=t&rct=j&q=&esrc=s&source=web&cd=1&cad=rja&uact=8&ved=2ahUKEwiIqPDe1pjlAhU46XMBHbxiA5YQFjAAegQIABAB&url=https%3A%2F%2Fm.economictimes.com%2Fnews%2Fpolitics-and-nation%2Fmodis-amended-enemy-property-law-gives-jitters-to-china%2Farticleshow%2F62601031.cms&usg=AOvVaw3DfdpczCFCiwBgXrwebTIz).  While many Chinese companies have ignored this irritant, it is still something that has not been addressed publicly as yet.  It is quite possible that this too might have been discussed at the Modi-Xi meet.

But all this has resulted in many lucrative opportunities slipping away from India.  As a Nomura survey last month showed (https://asia.nikkei.com/Economy/Trade-war/Trade-war-steers-Chinese-investment-toward-Southeast-Asia)  — for the period between April 2018 and August 2019 — of the 56 firms which decided to relocate out of China, in view of increasing production costs,  26 relocated to Vietnam, 11 went to Taiwan and 8 to Thailand. Only three opted to relocate in India.  This included textile and garment companies as well.

Clearly, they did not find India as attractive as other countries.  If India wants to improve its exports and take up the space that China used to occupy, it will have to make the investment climate better for such companies.

As media reports show, new Chinese foreign direct investment in Vietnam, based on approved projects, swelled 5.6-fold on the year to $1.56 billion between the start of 2019 and May 20. The January-April figure 2019 alone surpassed the full-year total for 2018.

South Korea ranks second for this year with about $1 billion in approved spending. Japan, the top investor in 2017 and 2018, has logged only about $730 million in projects so far.

Thailand has also seen an upswing in Chinese capital inflows. In the January-March quarter, approved foreign direct investment from China doubled to 29.3 billion baht ($933 million), according to Thai government data.

Have the Modi-Xi talks addressed these issues?  Will trade and investment between these two great countries grow?  Will India’s education costs climb down and the quality of education go up?

These are the questions for which answers are not yet available.  One hopes they will come soon. 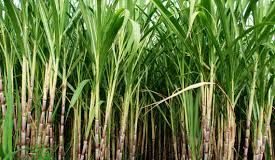 Maharashtra’s farmer strike – I Call an agitation to conceal...

http://www.firstpost.com/business/maharashtra-farmers-strike-a-handy-tool-for-congress-and-ncp-to-hide-65-years-of-self-enrichment-3519481.html Could Maharashtra’s farmer strike be a strategy to conceal 60 years of self-enrichment? RN BhaskarJun, 05 2017 17:01:57 IST The Congress and the Nationalist Congress Party...