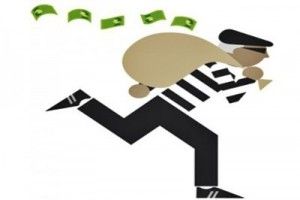 The easiest way to thieve is by focussing on banks

In her statement before Parliament on November 19, 2019, finance minister Nirmala Sitharaman stated that public sector banks had reported fraud worth Rs 95,760 crore during April – September 2019. The number of fraud cases touched 5,743 during the April-September period.

The number is large enough to make most seasoned auditors blanch. This is despite the fact that Lok Sabha statements on data are now being offered to the public in such a manner that they are almost unreadable.

Just look at one example of a Lok Sabha document.

Consider the statement relating to  the unstarred question no 1447 that was answered on 1 July 2019 (http://loksabhaph.nic.in/Questions/QResult15.aspx?qref=1704&lsno=17). The subject was bank frauds.  Go to the end of the statement and you will find two tables, where the columns have disappeared, and all the numbers are given for the six columns as a run-on sentence.  Someone has to be very patient with parsing each line and fixing each number in a tabulation to make any sense of them.  Try downloading the pdf version (http://164.100.24.220/loksabhaquestions/annex/171/AU1447.pdf) and the table does not even appear in its full format. This is in sharp contrast to statements available earlier (see table alongside).    So, is the government trying to conceal numbers?

Then look at the trend.  Figures for 2018-19 are not easily available, and the present Lok Sabha disclosures made available to the public don’t make any sense at all. But the trend shows that the number of instances of fraud and the amounts involved have been increasing year after year.  All this points to worsening governance.

The number of cases has in fact doubled. Just annualize the six monthly figure of 5,743 disclosed by the FM and you get 11,486.  The number of such instances of fraud hovered between 4,000 and 5,000 during 2013-2018.  Why are these numbers increasing? Is it poor governance?  Or are existing rules which protect bankers making fraud a very attractive proposition for bankers?  Or is it the absence of proper audit and reporting procedures?

Such conclusions assume greater seriousness, when one examines the statement made before the Lok Sabha on 1 July 2019. It stated that “As per inputs received from PSBs, an aggregate amount of Rs. 2,06,586 crore has been recovered from NPA accounts during the last five financial years as a consequence of legal actions initiated.”

Sounds good. But then this figure can be misleading because the information is incomplete.  It must also include the amount that was written off.  That is the amount that scamsters have gotten away with, leaving the bank’s losses to be funded through the money of taxpayers.  The trouble with the current Bankruptcy bill is that the scamster-promoters manage to lose one company, but still keep with them some of the money that had been skimmed off.

Clearly, there is something happening with the banking sector that needs a public de4bate – even a white paper.  The situation appears to be worsening each year.  It could cause a systemic meltdown in India.

Finally, a word of caution. It is quite possible that this attempt at obfuscating information disseminated to the public – from the Parliament, which is meant for public discussions, and the proceedings meant for public consumption – was the work of an over-zealous, but horribly misguided, officer.  But that is what the government needs to be more vigilant about.

Concealment of data is the first step towards worsening an economic climate.  Solutions begin to emerge, only when people have a clearer idea of what the problem is.  By concealing the problem, the government actually makes the process of economic recovery that much more difficult. 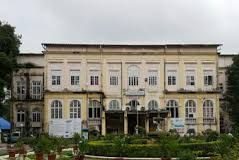