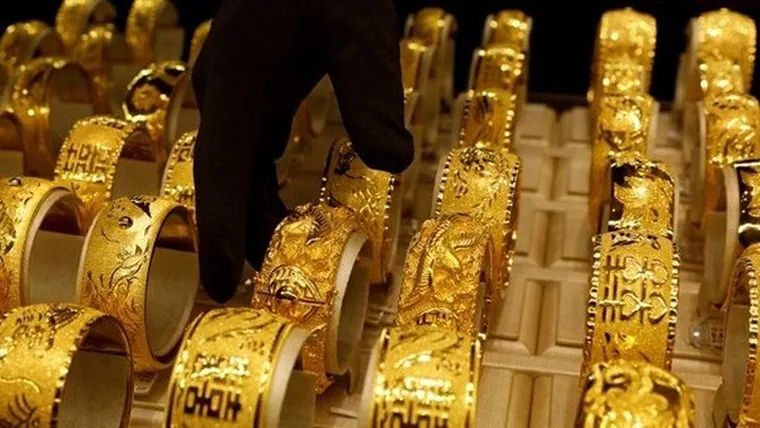 India is confused about dealing with gold

In the aftermath of the US armed forces assassinating General Soleimani of Iran, prices of gold spiked.  The more the world becomes an uncertain place, the more people trust in gold.

Though the prices cooled a bit a week later, it did not stop analysts like Chris Wood of the “Greed & Fear ” repo

rts from starting that the ultimate target for gold in the long-term is $4.200 per ounce.

This is almost double of what most market analysts have been stating during the past few months. It is almost three times of the current gold price of $1,562 per ounce. Wood, however, wisely refrained from giving the time period.

In fact, for the past few years, Central Banks – the world over – have been purchasing gold, after remaining sellers of the metal during the first decade of this century (http://www.asiaconverge.com/2019/05/the-increasing-relevance-of-gold/).

India too began purchasing gold as early as in 2002, when it bought 200 tonnes from the IMF (see chart).  Even thereafter, during the past three years, India has steadily notched up its gold reserves. It is mere guesswork if the RBI would have purchased more gold last year, had the central government not laid claim to its cash reserves.  Ditto for this year as well, as reports indicate that the government has already been eyeing the central bank’s money.

Even so, it is worth noting that the central bank’s reserves could be at least 100 tonnes more if only the government follows the simple practice of keeping all seized gold – by the income tax, the directorate of revenue intelligence and the customs – with the RBI.  Today, each agency has its own vault. Centralising the gold would also serve another purpose of ensuring that the is safe.  Currently, there are good reasons to believe that gold lying in government vaults – other than those of the RBI – is not safe.  There are instances well recorded showing that gold has been pilfered by unscrupulous officers, and substituted with fake metal (http://www.asiaconverge.com/2017/07/duties-taxes-corruption-government-abets-smuggling-gold/).

As disclosed before the Lok Sabha (unstarred question number  No 1630 of 10 March 2017, and question number 290 of 5 August 2016), at least 91 kg of gold was stolen from the vaults over 57 incidents.  That by itself is one compelling reason why the government should put all gold in a single vault, under the RBI, with a single ledger.  If gold has to be returned to a person from whom it has been seized, this too should be entered in the single ledger.  It is worth remembering that the biggest scams in India have taken place when there was no single centralised ledger.  This is what happened in the Harshad Metha  scam where different parties pledged fake bankers’ receipts (BRs) with banks as collateral and took out money.  Entries in the Subsidiary General Ledger (SGL) was not centralised with online access to all banks then. The same thing happened when the NSEL (National Spot Exchange Ltd) scam took place.  A centralised database of what was stored with the warehouse was not available on a real time basis.  Ditto with the LOUs (letters of Understanding) against which money was given out by some banks to Nirav Modi-Mehul Cheksi. The absence of central registries could have saved banks of several thousand crores of rupees.

The gold scam could also become bigger if such sensible practices are not adopted immediately.

That is why many in the gold trade have been demanding a separate gold regulator – under the RBI.  The amount of gold in private hands exceeds 25,000 tonnes, which at Rs.30,000 per 10 grammes translates into a whopping Rs. Rs.7,500 lakh crore rupees (India’s GDP is around Rs.200 lakh crore).  Just this amount should be enough to demand the creating of a separate regulator for this yellow metal.  As pointed out earlier as well, such a regulator could be in charge of introducing healthy practices in the industry and reducing the whimsical flip-flopping of the government when it comes to gold (https://www.freepressjournal.in/analysis/the-case-for-bullion-banking-in-india).

For starters, it should immediately reduce the import duty on gold to under 5%.  That is the level at which smuggling of gold becomes profitable (http://www.asiaconverge.com/2019/11/urgent-need-for-gold-reforms/).  But will the government listen to reason?