Home Analysis Budget2020: Farmers will now reap what the govt did not sow; agri... 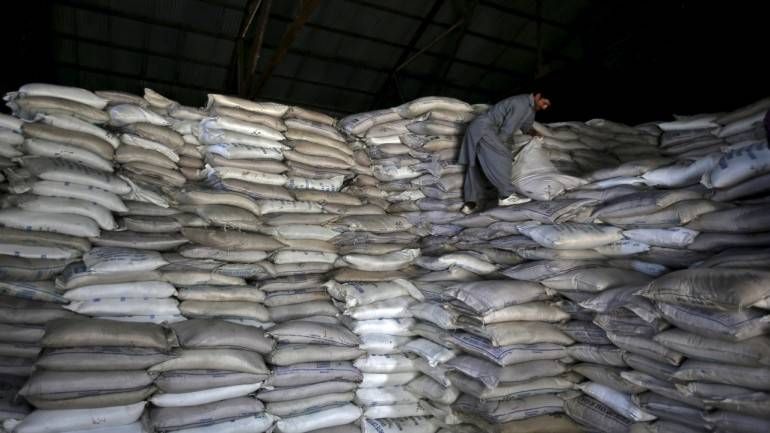 Budget2020 – A budget that could have made farmers smile

First, the good news.  This budget paid the most attention to agriculture – if the percentage of spending is the yardstick to go by.  There was a surge of 30% in allocations to agriculture and allied activities. And it has tried to address key aspects relating to irrigation, warehousing, national cold supply chain for perishables and credit availability.

Once again, if the number of schemes announced is a measure of concern, the farmers should be delighted lot.  The government has showed that it cares for agriculture.

But the measures – when viewed up from close – begin to deepen the furrows on the brow.  One such scheme is the provide solar pumps to farmers.  As the finance minister put it, “I propose to expand the scheme to provide 20 lakh farmers for setting up stand‐alone solar pumps; further we shall also help another 15 lakh farmers solarise their grid‐connected pump sets. In addition, a scheme to enable farmers to set up solar power generation capacity on their fallow/barren lands and to sell it to the grid would be operationalized.”

The scheme sounds good.  It makes you believe that farmers will be benefitted and hence the economy will rebound.  But the truth is quite different.  First, most of these solar pumps will be used to draw water from the ground.  Second, this means further depletion of groundwater, which is already at alarmingly low levels.  Third, and the biggest danger, is that solar pumps involve no recurring cost.  There is no power meter ticking away. It will persuade farmers to keep their pumps running, as they do not have to pay even the subsidised electricity charges that conventional pumps will involve. Thus you will have ground water depletion at a faster rate than before, and excessive water will cause leeching of the soil.  Together they will spell a disaster for agriculture and the nation.

The only way to persuade farmers not to use their pumps excessively is by asking them to sell their surplus power to the grid.  That is why the FM talks about connecting 1.5 lakh farmers to the grid. But this is where another problem rears its head.  Grid power is made available to farmers at around Re.1 per kWh.  The feed-in tariff for surp0lus solar power is around Rs.3-4.5 per unit.  Thus farmers will be encouraged to take the grid power, loop it through their solar pumps and sell it back to the government at Rs.3-4.5 a unit.  This way the state loses another Rs.,3 per unit, over and above the subsidy amount.  The farmer is taught how to become dishonest, and the state goes bankrupt.

NDDB tried to prevent this on a pilot scale in two villages in Gujarat.  But the state discoms had to closely monitor the feed-in power submitted by each farmer and even make deductions because they suspected looping of grid power to solar power (http://www.asiaconverge.com/2019/08/solar-pumps-nddb-kusum/).  But that was also because NDDB was closely following every move relating to this pilot project.  When this is scaled up to a national level, you can bet there will be a lot of corruption and collusion. The government may be compelled to roll-back this scheme.  It will be waste of capex (the solar pumpset), of effort,  and of credibility.

Take another agricultural scheme. As the FM stated, “India has an estimated capacity of 162 million MT of agriwarehousing,cold storage, reefer van facilities etc. NABARD will undertake an exercise to map and geo‐tag them. In addition, we propose creating warehousing, in line with Warehouse Development and Regulatory Authority (WDRA) norms. Our government will provide Viability Gap Funding for setting up such efficient warehouses at the block/taluk level. This can be achieved, where States can facilitate with land and are on a PPP mode. Food Corporation of India (FCI) and Central Warehousing Corporation (CWC) shall undertake such warehouse building on their land too.” Invoking the WDRA in the budget is strange (http://www.asiaconverge.com/2017/08/is-wdra-a-functioning-organisation/).  It was enacted in 2007.  Then it was forgotten.  It got notified only on October 25, 2010 (http://www.asiaconverge.com/2010/12/warehousing-act-farm-game-changer/), partly because the Supreme Court was furious at the destruction of grain lying open without warehouses. Then it remained moribund, almost dysfunctional. Is the sleeping WDRA being woken up again?

One of the problems with warehousing is that besides the WDRA, state authorities, even taluka officials can demand registration of the warehouse with them and impose their own conditions.  That multiplicity of controls is an issue that has not been dealt with till now.

Then there is the problem of warehousing itself and how it is used (see table). The FM talks of a total warehousing capacity of 162 million tonnes – even though this author had access to data for only 63 million tonnes.  Even so, the demand from wheat and rice alone takes up almost all the capacity in the warehouses, leaving little for other grains – jowar, bajra, millets and pulses. As a result, a good part of these crops too get damaged because of inadequate and improper storage. Naturally the farmers are in distress.

What was neede3d in the budget was to reduce FCI’s  procurement of rice and wheat (backed by powerful farmers – especially in North India – with close political connections).  That would have allowed farmers of other crops to gain succor.

A second move expected of the finance ministry was an announcement that any grain that had been procured, but could not find decent warehousing, should immediately be sold on commodity markets.,  This way, even if the prices crash on commo0dity markets for rice and wheat, a 10% price is better than zero price.  Plus at the time of selling, audits will show the quality and quantity of grain sold.  They will also reveal if Grade A prices were paid for Grade B wheat and rice.  It would stanch corruption in the FCI.

A third move expected from the FM was that the FCI would step into the commodity markets and pick up non-rice and non-wheat grain from farmers at the minimum support price (MSP) declared by the government.  This has been proposed by both the MCX and the NCDEX some time ago to the government, but nothing has been done about it.  When FCI steps in to pick up grain at the MSP, the traders too begin offering the MSP to farmers./  Currently, an MSP announcement without procurement has no meaning.  Traders blithely quote to the  the farmers a price that is lower than the MSP with a love-it-or-leave-it condition.  The farmer is left with no choice but to accept the lower price.  FCI stepping in will make that much of difference.  The farmers will have more cash, hence more purchasing power.  That would trigger the consumption story that India is known for. The finance ministry’s refusal to make such announcements have left the farmers with an MSP that nobody honours.

There is another problem with warehousing. Having such facilities for SHGs (self-help-groups)  is a good idea, but unless there is procurement first the warehouse is of little use.  The SHG may be saddled with goods that the trader may refuse to pick up.

Another scheme about warehousing and transportation for perishables is a great idea.  As the FM stated, “To build a seamless national cold supply chain for perishables, inclusive of milk, meat and fish, the Indian Railways will set up a “Kisan Rail” – through PPP arrangements.There shall be refrigerated coaches in Express and Freight trains as well.”

But refrigerated trains cost money.  Unless you have food-processing units set up first which can enhance both the value-added and the shelf life of perishables, commodity crops cannot afford refrigerated vans.  Yes, milk is transported by such coaches, but that is because it can absorb the costs on account of the massive volumes players like GCMMF (Amul) and Hatsun can command. Once again, the FM has announced an expensive transportation solution, without first providing incentives for food-processing units first. And having refrigerated trains is possible only if there are dedicated freight corridors (DFC).  The first DFC was envisaged in 2006, put into motion around 2009, and is still going through its pangs of implementation.

Helping out perishables is a wonderful idea.  But it must begin with contract farming and food processing first.  Ideally, the FM should have exhorted the trade to ensure that the farmer gets 50% of the market price for his perishables – today he gets only 10%.  The cooperatives started by Verghese Kurien give farmers 80% of the market price for milk. That would have incentivized the farmers to grow more in much the same way as they produce more milk. Once again, a lesson not learnt.

Moreover, what the FM could have done is to financially incentivize states to promote such moves – instead of just giving sops to farmers.  That would have prodded state governments to adopt the model byelaws related to agriculture. An investment allowance for food processing firms could have driven investors to this sector more quickly.  Once again, an opportunity has been lost.  And the cart has been put before the horse. 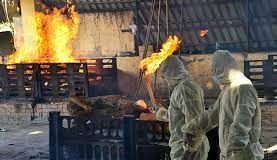 The missing dead series – Part III Can India be...

https://www.freepressjournal.in/analysis/the-missing-dead-series-part-iii-can-india-be-taught-to-respect-the-dead The entire series can be found at http://www.asiaconverge.com/2021/06/missing-dead-series/ The missing dead series – Part III How does one ensure that deaths are recorded dutifully in India? RN...