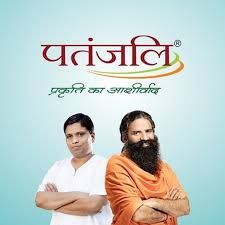 We are working on several cures and solution through ayurveda, including one for Covid-19. Clinical trials and documentation are underway Baba Ramdev was born as Ramakrishna Yadav in 1965. He is often referred to as Swami Ramdev as well.  Popularly, he is referred to as Babaji or Swamiji. He is an acknowledged Yoga guru and has lately been respected for his work in the field of Ayurveda.  Since Ayurveda is a science of Indian medicine, and often depends on herbs, roots fruit, vegetable and even leaves, his foray into agriculture was inevitable. He co-founded the Patanjali Ayurved Ltd. with his colleague Balkrishna.

He has been holding large yoga camps since 2002 and has been broadcasting his yoga classes for TV audiences.

Anecdotally, he was paralyzed when he was two and a half years old and was later cured by practising yoga. That could have motivated him to study Sankrit, go to Indian scriptures, and study yoga as well. Much of his education was in Gurukul schools (the ancient Indian way of students studying under a Guru or spiritual teacher). According to his statements in the past, he was a student of Acharya (teacher, or learned person) Baldevji in Gurukul Kalwa and learnt yoga from Guru Karanvir, from the Arya Samaj (a Hindu welfare and promotional organisation).

He eventually donned saffron robes after taking the required vows and being initiated by Swami Shankar Dev Ji as a sanyasi (ascetic). He then adopted the name Swami Ramdev

While living in Kalwa Gurukul in Jind district in Haryana, he offered free yoga training to villagers. But by the 1990s farming conditions in his native village worsened, which prompted Ramdev’s move to Haridwar along with his family. There he practised self-discipline and meditation, and spent several years studying ancient Indian scriptures at Gurukul Kangri Vishwavidyalaya (Vishwavidyalya means University).

He agreed to be interviewed by Free Press Journal and – in view of the Covid-19 related lockdown – spoke on telephone with RN Bhaskar about his work and his vision.

Given below are edited excerpts.

FPJ: You have been more associated with Yoga than with Ayurveda.  But lately, Ayurveda appears to be gaining visibility.  How did this happen?

Baba Ramdev:  First, we have always been in the field of Ayurveda.  We started with Divya Pharmacy as early as in 1995.  But Yoga became more popular.  One reason could be that this was a gyan (knowledge) that people got free of cost.

For medicines and health consultancy they would have to pay a small charge.  But as time went by, people have begun to realise the importance of Ayurveda in both maintaining health and in curing illnesses. That could explain why Ayurveda is picking up now.

But do remember that I was brought up in the gurukul parampara (the tradition of the Indian school). Yoga and Ayurveda were taught all the time.  We grew up by learning both sciences.

And gradually, Ayurveda began looking at not just medicines, but also other non-food applications.  This included cosmetics using natural ingredients, nutrition healthcare and even healthy foods.  This is what many people today call the FMCG sector.

FPJ: What is the approximate size of the Ayurveda industry worldwide.  Where do you think this industry will be in say five years’ time?

Baba Ramdev: Ayurveda has such a promising future that people can’t even imagine.  According t our calculations, we estimate global Ayurveda business to be around Rs.1 lakh crore within five years’ time.  This includes medicines, nutrients, cosmetics based on entirely natural ingredients, and other health related products.

Much of the growth will be ailment related cures.  For instance, Ayurveda now has good and established protocols for treating blood pressure.  Clinical trials are already underway, and they should get published shortly.

Then there are heart related ailments.  There is cholesterol, increasing platelet count, which is quite difficult for allopathy-based remedies.  And we have been working on remedies for Chikunguniya and dengue as well.

Then we have solutions for boosting immunity and slowing down the ageing process.

This is in addition to food supplements and cosmetics through herbs.

Each of these has a huge market, and as I mentioned earlier, the potential for these could be more than Rs. 1 lakh crore.  We hope to be the leading player in this business.

A lot of the growth will depend on how the government helps this industry with taxation related policies and funds for promotion.  It has already set up an Ayush ministry for this stream of products and treatments.  A bit more of a push is required.

FPJ: There are reports that you have started clinical trials for treatment of Covid-19.  Could you talk about that?

Baba Ramdev: Yes, we have had some extremely good results.  Of a controlled patient population of a little over 550, we have had over 504 recoveries. That is very promising.

Our experiments show that pranayama (breathing exercises) and Ayurvedic medicines could help boost immunity and keep COVID-19 at bay.

To combat COVID-19 virus with Ayurveda, we have screened close to 1000 phytochemicals from more than 100 medicinal plants, in-sillico. We looked for their binding affinities to COVID-19 essential proteins and host protein interactions. We have discovered that natural phytochemicals in Ashwagandha, Giloy and Tulsi indeed have potentials to combat COVID-19 and its pathogenicity.

Our data, for the first time, show that natural phytochemicals could well be the viable options for controlling COVID-19 entry into host cells, and Ashwagandha may be the first choice of herbs in these directions to curb the COVID-19 infectivity  This work (Patanjali Proposal to Battle COVID-19) is currently under Peer-Review for publication in Virology Journal, in Springer-Nature, and available at their pre-print server [2]. (https://www.researchsquare.com/article/rs-17806/v1).

Hence, we have started clinical trials in the global sense, and should shortly be publishing our findings and the protocols relating to this line of treatment as well.

FPJ: One of the problems relating to Ayurveda is the lack of both standardisation and documentation.  How are you coping with that?

Baba Ramdev: You are right.  There are about 4 lakh compounds used in Ayurveda. Of these 60,000 are active compounds. And of these around 500 are actively used. Processes relating to standardisation of efficacy for all these compounds is underway, and documentation is being prepared.  WE have around 500 scientists engaged in creating documentation relating to protocols and processes for each of these compounds and how they should be used for what ailments.

Evidence based medicine is being popularised and much of this is ready.  Many research papers too have been published.

Moreover, with the growing disenchantment with allopathy, we believe 70% of the population will automatically gravitate towards Ayurveda.  A bit of government push would be most desirable to convert this faith into a movement. 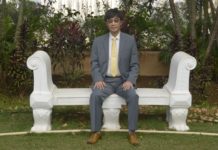 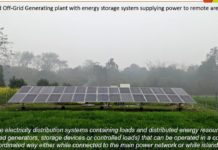 https://www.freepressjournal.in/business/tata-power-is-setting-up-the-worlds-largest-rural-electrification-sustainability-project Tata Power: Powering rural micro-entrepreneurship through clean energy TP Renewable Microgrid (TPRMG), a 100% subsidiary of Tata Power has launched what could be termed as...