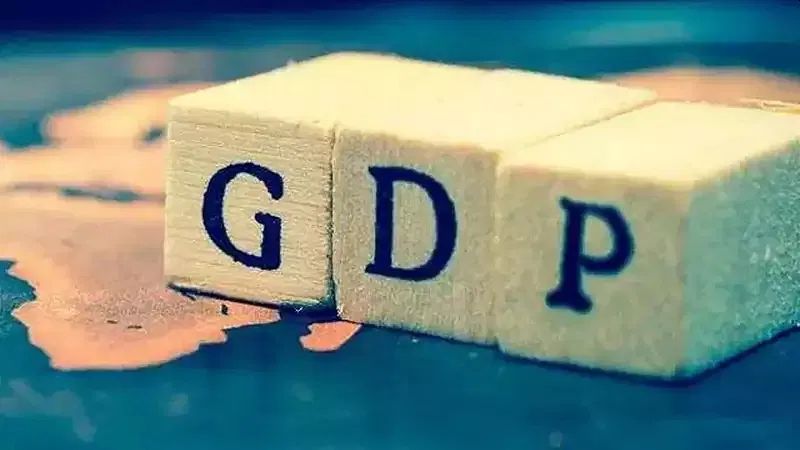 Patriotism and the refusal to see economic sense

In 1774, Samuel Johnson, noted man of letters, printed The Patriot, a critique of what he viewed as false patriotism. On the evening of 7 April 1775, he made the famous statement, “Patriotism is the last refuge of the scoundrel”. This line has been quoted by many and often attributed to others. In India too, the word patriotism is often used to muzzle critics of government policy.  What makes the situation worse is the government’s reluctance to part with data on its GDP.  Yes, MOSPI — the ministry in charge of providing data — does offer it.  But MOSPI’S figures on GDP are a joke — http://www.mospi.gov.in/132-estimates-gdp-1993-94-and-1996-97-%E2%80%93-direct-and-indirect-estimates. They are meant to show that information is being shared, but it is provided in a format that is not easily comprehensible. Surprisingly, data on India’s GDP is patchy, even on the World Bank’s website (https://data.worldbank.org/indicator/NY.GDP.MKTP.KD.ZG?locations=IN). Is it because India does not want to provide all the information that the WB wants in order to confirm GDP growth rates? Fortunately, in India there are several research agencies which do the work the government should have done.

This is worrisome.  Without official data being made available, finding solutions will become more difficult.  The policymakers will get it only from the coterie that has access to such information.  In matters relating to economic revival, you need crowdsourcing of information and ideas.

What is going to complicate the collapsing GDP growth rates is the immense expenditure that the government will have to pay for the heightened vigil on its borders and the costs involved in keeping a force stationed there.  No estimate of costs is possible but cutting back on this expenditure would be foolhardy.

So, what is the way out?  As mentioned by this author, one quick way to achieve this is by granting territories to countries to build their facilities  in coastal economic zones (CEZs) in India (http://www.asiaconverge.com/2020/04/india-needs-investments-china-has-the-money/).  Give them the status of protected territories (Section 234Q of the Indian Constitution).  Allow these territories to be free from the myriad compliances and controls which only lead to more corruption.   As a recent TeamLease study showed (https://www.business-standard.com/article/companies/teamlease-launches-web-portal-to-help-firms-navigate-compliance-repository-119090401414_1.html) , India has 677 Acts, 25,537 compliances and 2,293 filings.  They sap the creative process and aid further corruption.

The incidence of corruption has only worsened since 2018, when this government modified some sections of the Prevention of Corruption Act.  They seemed to be aimed at reducing corruption, but actually did the opposite.  They frightened people from complaining, and made life difficult of those who complained about a bribe being paid on demand for a basic need (http://www.asiaconverge.com/2020/07/will-it-be-bihar-war-or-atma-nirbhar/) .

In order to ensure that sovereignty is not jeopardised, give these territories on lease for 30 to 50 years.  India gives ports to foreign players on leases of 25-30 years. So why not cities? A city costs a lot more.  To get a return on their investments, a concession of 50 years would be fair.

Let them build their own schools and colleges and decide on admission and fee structure norms. build their own commercial courts with the mandate to settle disputes within 30 days after which it could go to international tribunals for settlement.  Let them decide on the salaries they would like to pay their own security, the judges, and the other staff.  In other words, allow for the creation of CEZs that would match the quality and standards of SEZs Special economic zones) in Saudi Arabia and the UAE, or what Hong Kong was once.

Hopefully, that could create the right pressures to upgrade both the quality and the emoluments of all other people in other parts of India.

Yes, companies in India could have fought back.  But India has created a judicial review system which is so terrible that it could take 10-25 years to get a case resolved.  That is why many companies opted to go through the International Court of Arbitration for dispute settlements (http://www.asiaconverge.com/2020/01/arbitration-and-investment-protection/)  The present government scrapped the ability of most companies of approaching the Arbitration Councils overseas (except for a couple of countries, which refuse to confirm this).

Thus, even though the Prime Minister may urge America and Europe to invest, they will be loath to do this for two reasons. First, most countries are already ravaged by the Covid pandemic.  They will be more careful with their investments now. Second, even when companies opted to move out of China, they have preferred Indonesia, Malaysia, and Vietnam. Until and unless you can give them an ironclad guarantee of non-interference, and give them preferred access to the Indian market, they won’t come in.

India’s seductions may not work this time around.

And what will this move do?

First, it creates infrastructure in the key areas where investments are required – in includes ports, roads, schools, hospitals, and housing.

Fourth, India can be a low-cost producer of almost everything.  Government bribes make goods and services expensive.  With the hurdles out of the way. India can bounce back to exports, or sell to consumers at costs that are lower than what they are currently.  These CEZs can then become role models for the rest of the country to follow.

Lastly, it will prevent India from becoming a basket case – the way it did in 1990.  This government has a chance to do what Narsimha Rao did then.  He changed India.

Please don’t talk about patriotism or sovereignty.  All of them can be protected, if you can get your economics right.

There is no worse form of slavery than poverty, or cringing before a government official. India is rapidly hurtling towards that.

http://www.freepressjournal.in/analysis/arbitration-awards-india-shaken-and-unprepared-r-n-bhaskar/908045 Policy Watch Arbitration awards: India learns the high cost of  shoddy planning in business and policy r.n.bhaskar It is déjà vu all over again.  At least three...