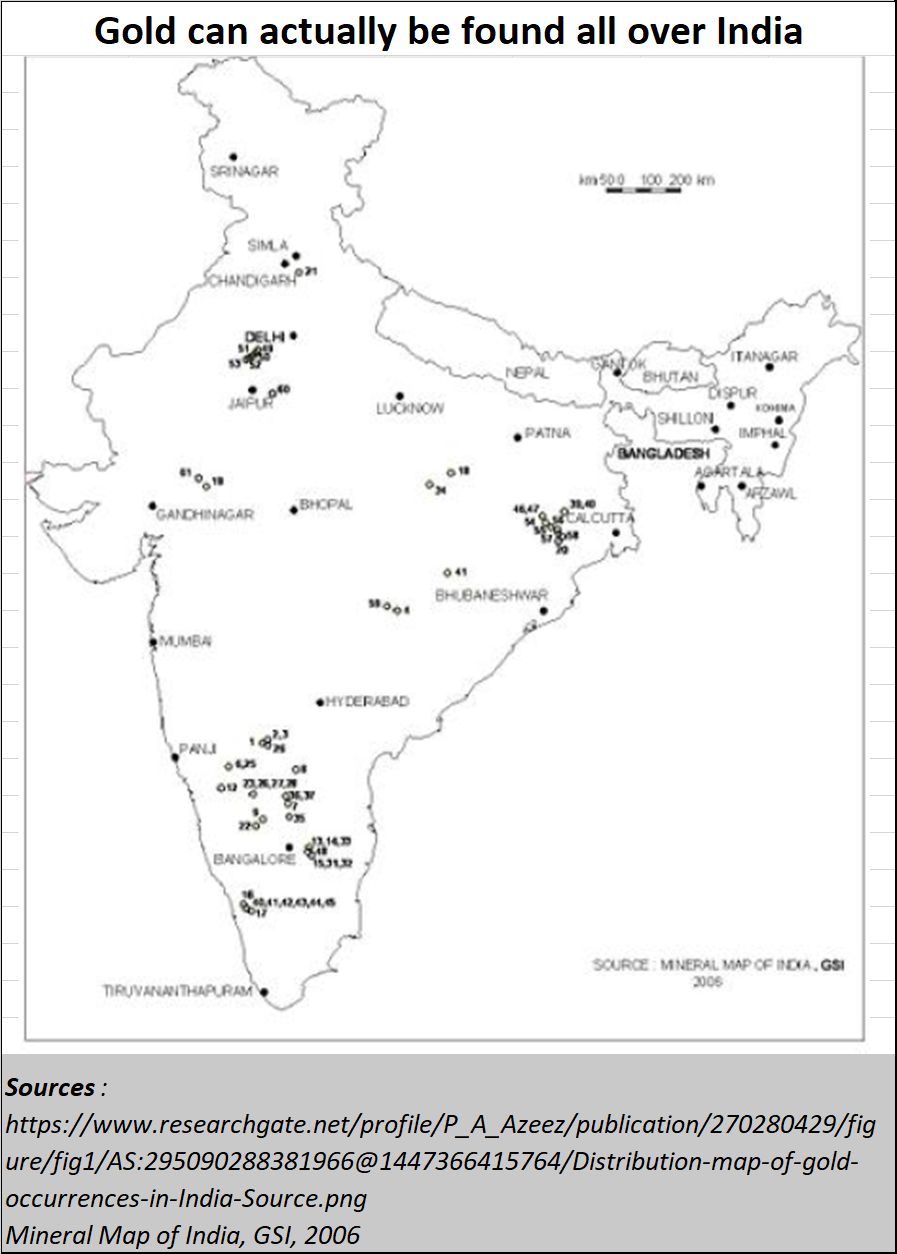 Can India have better policies relating to gold mining

Last week, media headlines screamed out information about the ‘theft’ of 100 kg of gold kept in the CBI vaults. An inhouse has been ordered. That is a far cry from the megaphone enquiry for the Kerala gold smuggling case (http://www.asiaconverge.com/2020/10/gold-smuggling-i-is-encouraged-by-flawed-government-policies/).

But the theft underscores the need for the government to have a central gold depository, and registry, under the RBI or any other special body created for gold (http://www.asiaconverge.com/2020/10/gold-smuggling-ii-a-cleanup-is-urgently-needed/). Today, each enforcement authority has its own vaults – the CBI. ED, Income Tax, Customs and possibly many more.  This author has argued for the need to have a common vault under a common gold controller.  Clearly, someone wants more pockets, so that theft can take place from more places than one.

But gold vaults are not the only areas where the government has bizarre policies.  Its policies relating to gold mining are even more bizarre and could even be considered anti-national as they violate a country’s core interests.  They go against the very concept of both Atma Nirbhar and Make in India.

Officially India is estimated to have mined just 1.656 tonnes of gold in India during 2019-20.

But ask geologists, and they will tell you that India should be mining a lot more gold.  This is because the terrain from Australia to China has similar geological features.  There is a lot of gold to be found there.

For instance, points out an Australian geologist, “In Australia we produce around 300 tonnes (9.7 million troy ounces) compared to barely 2 tonnes in India.  We think India could produce a lot more. In fact,” he adds, “look at China.  Even China has a similar geological terrain.  In 1994, India produced around 2 tonnes, and China produced around 3 tonnes.  Today, China produces 450 tonnes.”  India is one-third the size of China. So statistically, it could produce 150 tonnes a year, at least. Clearly the potential for India is huge.

So where does the problem lie?  The answer is a lot more complex than people imagine.

Yes, gold mining has been liberalised, at least on paper.  Even the Annual report of Ministry of Mines, for the year 2019-20, states that four gold mine sites were recently auctioned. One in 2014-16, 2016-17, 2017-18 and 2018-19 respectively (https://mines.gov.in/writereaddata/UploadFile/Corrected%20AR%20220902020.pdf). But search the Internet, and you will not be able to find out how many gold mining licences, and gold prospecting licences have been issued altogether.  One problem is that mining is also a state subject.  The second problem is that the government does not want people to know how many licences are out with people in India. A third problem here is that government officials do not realise the need to look at gold prospecting and gold mining licences as just one licence (but more on this later).

But why have the gold mining licences not been converted into actual gold production?  Geologists will tell you how they have had to fight back tears of sheer frustration and list out reasons why India has not been able to mine more gold than the extremely low quantities mined currently.

Let’s begin with the sheer paucity of data that the government makes available to prospective gold miners. Even information that should have been out in the public domain is missing. There is little data on India’s ranking in gold reserves, or India’s mining centres, or prospective gold deposits. The department of mining, which comes under the government of India brings out annual reports — the last report on gold came out in 2017 Then there is the problem of data unreliability (see chart).  In some charts, where it shows gold reserves to be high, it assumes a recovery rate of gold that is extremely aggressive.  Talk to experts, and they believe it should be a fraction of what the government estimates are recovery rates.  Placer is actually a term given to weathered material that has eroded away from the parent rocks. This maybe be in the surrounding soil of an ore body or it may be lying in modern river systems or in old river systems.  For example, the diamond kimberlites of South India have been eroded for over millions of years.  Geologists still wonder where all those eroded diamond pipes have gone. Have they ended up in the Krishna or Pennar Rivers or on the coast?  Do bear in mind that some of the largest diamonds discovered in India were in riverbeds.

Yet another reason is the government’s fixation on what mining should be.  It believes that mines must be large, deep and must use fanciful and extremely expensive equipment.  On the contrary, many of the gold deposits in India are in shallow regions and require local people who understand the land and the terrain to go prospecting under the supervision of knowledgeable geologists.  This is where, the government needs to allow such gold mines in association with local farmers.   After all, the geologists who are involved in gold mining, understand soil characteristics much better than not-so-literate farmers.  Can they be made to work together on shallow mines?

Moreover, prospecting for gold calls for immense skill and lots of luck. As FIMI (the Federation of Indian Mineral Industries) points out in its paper dated 9 October 2018 (http://fedmin.com/fedmin/recom9oct.pdf), “Strategic minerals / metals as well as precious metals occur usually in exceptionally low concentrations (<1% and in parts per million) in rocks. It is difficult to discover them and much more difficult to define their reserves and resources. The success rate of discovery is 1 in 400 to 1 in 800 prospects.”

The government’s inability to understand the last factor – the slim odds of finding gold — has led to some rather absurd policies being formulated (we shall dwell on this in another article) as well as its inability to get the whole picture. Add to this its reluctance to appreciate the huge stocks of gold that may be lying underground, and which could do India proud. But where can gold be found? The government knows the locations.  In fact, there is a map in public domain which is quite enlightening (see map).  Also, a list of locations from where gold can be extracted (2020-12-17_Gold-mining-locations). But even this map, explain geologists, is outdated.  It was created in 2006.  Newer technologies coupled with satellite and drone imaging suggest that there could be many more sites than indicated on the old map.  Further, the quantities that can be extracted from each tonne of ore could be much huger than had been earlier estimated.

A particularly good example are the mines in and around Jonnagiri in Andhra Pradesh (http://geomysore.australianindianresources.com/index.php/jonnagiri-gold-project/).  This is where both diamonds and gold can be found awfully close to the surface. What makes these mines interesting is that they were originally mined by the Emperor Ashoka some 2300 years ago. India can use the proceeds of these mines in much the same way that Emperor Ashoka did – using them to finance projects crucial for the development of the country/territory.

Agriculture, gold, and diamonds can co-exist even today.  But the government has been reluctant to clear pending paperwork. Bureaucrats create hurdles in the name of security, accountability and even environment. That is why many of these mines are not functional, though Jonnagiri hopes to begin production in around 18 months and is confident of mining over $100 million worth gold each year (with costs being around $40 million).

What depresses geologists is that raising funds for this gold mine has suddenly become exceedingly difficult, because the central government has been sending out the wrong investment signals to potential investors.  And the ones who are willing to put up the money are people that sensible miners would like to keep far away. Say another geologist, “Most of these investors leave a lot to be desired.  Their attitudes and the sources of their capital are of concern to me. Most of these investors have a rape and pillage mentality.”

But the government’s fuzzy-headed approach to gold mining, has invited more risk capital than sound long-term investment from the right quarters. 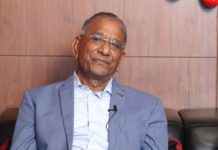 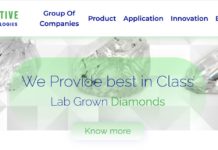