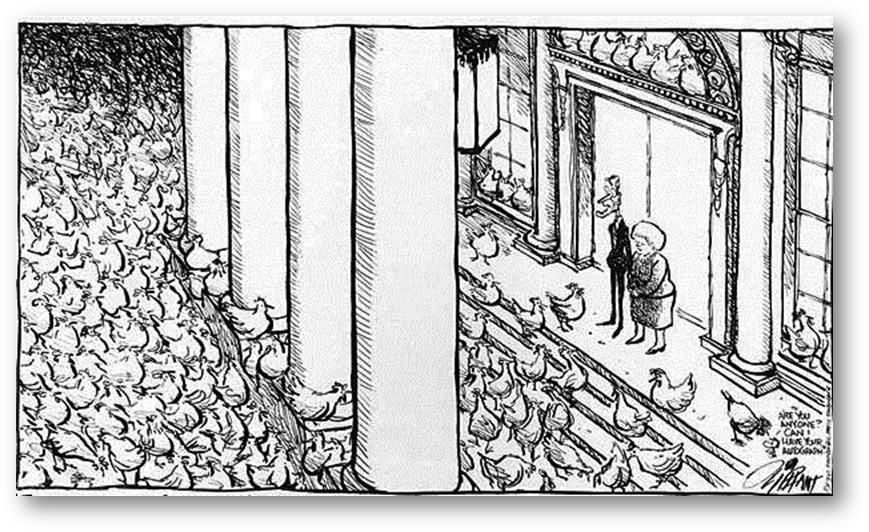 The cover story of the Economist asks if inflation will return. Starting with the global financial crisis in 2008, right up to the Covid crisis in 2020, Central banks and the Governments of all countries, have pumped in dollops of money to help their economies recover. The Balance Sheet of the US Fed grew from some $ 960 b. in 2007 to $ 7.6 trillion now.

Normally pumping in huge dollops of money would result in higher inflation, but that has been kept in check for various reasons. One is globalisation. Manufacture moved to countries (like China) where production was cheaper. The other is that the money pumped in went less into consumption (which accounts for 70% of US GDP) and investment, and more into assets, boosting asset prices instead of product/services prices. Witness booming stockmarkets despite fallen earnings.

But Mother Nature has provided chickens with a homing device, and now they have come home to roost! The Fed would have to go on a diet, and would need to ease up on its fight against inflation to do so.

The arguments for a coming increase in inflation include disruption in global supply chains, away from China (Samsung is to invest Rs 4,825 crores to shift a phone plant from China to India), and an expected surge in spending as Covid restrictions ease after vaccines are distributed (opening restaurants, pubs and other places).

Rising commodity prices are already in evidence. Copper prices have risen 25%, and Brent crude prices have risen above $ 50 for the first time since March. This would impact prices of petrol/diesel in India and hit our Current Account Deficit badly, besides driving up manufacturing and logistic costs.

There is a huge pool of global money invested in financial assets ($ 360 trillion). This is hungry for yield, given the low interest rates prevailing in the developed world. This is why US institutional investors set aside a whopping $ 3 trillion to invest in Ant Financial’s $ 37 b. IPO (which was ultimately denied listing by the Shanghai Stock Exchange), or why US retail investors snapped up a $ 6 b. bond issue of China. India is, sadly, slow to seize such opportunities.

This provides a bigger opportunity for India, if it wants to grab it. In November, foreign portfolio investors pumped in over Rs 60,000 crores in Indian equity, even as domestic mutual fund investors sold Rs 12,900 crores.

But India is yet to enforce discipline and punish crooks, and it will NOT become a $ 5 trillion economy unless it stops the rot in the financial system.

How can a country allow a system in which 12 largest Government owned banks wrote off Rs 6.32 lac crores over 8 years, with a recovery of just 7% of the debt of big defaulters?

How can a country allow frauds like Sahara, Rose Valley, NSEL, PMC Bank and others to be freely committed with no action against scamsters because of incompetency or compromise of investigating agencies? In the case of NSEL moneys recovered from sale of assets of defaulters (barely 2% of the total stolen) has been lying, undistributed, for years, with the Enforcement Directorate, uncaring about the need to provide swift relief to suffering victims.

In 2018 the Government of Andhra Pradesh had made a Rs 2000 crores of bonds, called Amravati bonds after the new capital city to be built with its proceeds, and had listed them on BSE. The bonds had a 10 year tenure, carrying interest of 10.3%, and were oversubscribed 1.5 times. But immediately thereafter, there was a change in Government in the state and the new one refused to recognise liability on the bond! They are not being serviced!

Last week the Ghaziabad Municipality raised money through an 8.5%, 10 year bond issue, overusbcribed 4.5 times. How can it do so until the Amravati bond holders are recompensed?

Are individual investors/savers merely geese that lay golden eggs for banks, crooked businessmen, scamsters and now Municipalities, to loot at will?

Will the Government crack the whip on financial crime? Does it have the inclination to do so?

The BSE sensex continued it up move, fuelled more by foreign inflows, hungry, as stated, for yield.

In geopolitical news, the US Supreme Court did not accept the plea of Texas, and 17 other states, to overturn the election results of 4 swing states, dashing any hopes that Trump may have to remain as President.

China is rethinking its Belt & Road initiative, likely because of its own financial constraints, in addition to the growing resentment against it for its belligerence. This means that the surplus capacity for steel and cement it has built up would be likely dumped into global markets.

Should central banks start reducing or reversing their quantitative easing, stock markets (whose rise has been largely fuelled by it), would react. Perhaps domestic mutual fund investors who sold Rs 12,900 crores of equity in November, are sensing that. 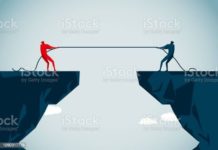