Home JMulraj The price of democracy 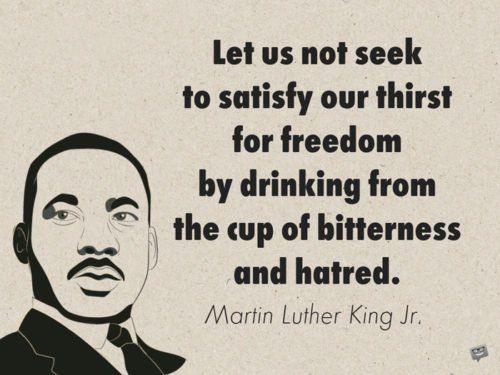 We need both good governance and good discipline by citizens

­­­­Democracy comes with a price, but, for the sake of preserving individual liberties, it is a price worth paying.

When the Berlin wall came crashing down, and the Soviet empire was broken up, it appeared that the Soviet system of a centrally planned economy, backed by autocracy, had succumbed to the Western system of a free market, backed by democracy.

Now China has re-shaped the model,  has used the free market system to become an economic powerhouse, even as it retains the characteristics of autocratic rule. The economic power has been used, amongst other things, to gain an edge in technology as well as in military capability, using which, a belligerent China is threatening a lot of countries.

There was a time when India and China had similar levels of per capita incomes. But China, being an autocracy, thus able to act much faster than a multi party democracy like India, decided to pursue economic growth using the global free market. It matters not, said Deng Xio Ping, the leader then, whether the cat is white or black, so long as it catches mice.

This was ten years before India decided, in 1992, to cut the license-permit laws that had shackled its entrepreneurs, and to pursue economic growth using the free market.

What was the result of this slowness of a democracy to do what an autocracy did a decade earlier?

The widening economic growth has given the resources to China to build up strengths in technologies of the future, such as 5G, robotics, AI, IoT and others. China has not only envisaged what the future would look like but has focused its resources and attention on developing these.

Because of  such focus, last year China sold 1 m. more EVs than USA did. Electric vehicles (EVs) are the future of automation. The reason is that China has focused on building the infrastructure for EVs and has a supply of batteries for EVs. America does not. Being a market driven economy, until its automakers announce their plans to invest in EVs, suppliers (such as battery makers) don’t invest in facilities to produce them. China, centrally controlled, ordered them to! The US is playing catch up now.

India’s polity misuses this democracy to put self before nation. We are witnessing the sordid tale of a minister instructing cops to extort money from businesses with a monthly quota to do so, more lamentably at a time when all businesses have been hit by Covid.

We are witnessing the utter irresponsibility of our polity to hold election rallies, with tens of thousands of people gathered, maskless, to listen to the political leaders. We had also seen this in USA where Donald Trump, too, held massive rallies, even as Biden’s rallies were fewer and more controlled, with the audience sitting in cars wearing masks.

We are witnessing the gathering of lakhs of people at the Kumbh mela, unmasked, a calamity waiting to happen.

But India’s citizens are equally to blame. There would be few still alive, who have experienced the time when we did not have democracy and were slaves to a foreign power who put up park signs that read ‘dogs and Indians not allowed’. Those people value democracy, and freedom of expression, for they have lived through times without it. Later generations have imbibed the spirit of civic disobedience, which had been introduced with the express aim of making it difficult for the British to govern, but which ought to have lapsed when they left. Alas, this disobedience spreads and we, as citizens, wilfully disobey rules meant for our safety. No wonder the second wave of Covid is so much worse, and we, the world’s largest makers of vaccines, face a shortage of them.

This will, naturally, affect our economic growth. In Maharashtra, e.g., the state which provides a bulk of manufacturing output of the country, half the  manufacturing units in the state would remain shut, after a Government order which exempts a few. Service establishments like restaurants, cinemas, clubs etc are also closed. The shortage of vaccines will serve to prolong this.

Even as democratic India struggles, autocratic China grew its GDP in Q1 at a stunning 18.3% rate!

Yet the price of democracy is worth paying, to retain individual freedoms. But we must improve our governance, the job of our polity, and our discipline, the job of our citizenary, if we truly value democracy.

Educational philosopher Robert M Hutchins rightly said “The death of democracy is not likely to be an assassination from ambush. It will be a slow extinction from apathy, indifference, and undernourishment.”

Today the world has several geopolitical hotspots, which can erupt into conflict at any time. A conflict that would be catastrophic. One such is the increasing risk of a Chinese invasion of Taiwan. It is conducting flights over Taiwan more frequently than before.

Another is the situation in Ukraine, with Russia having gathered over 70,000 troops on its Eastern border. Biden called for talks with Putin, but, awaiting a response, imposed further sanctions on Russia. (Read the quote of Martin Luther King above).

A third is the likelihood of an Iranian response to the destruction of the centrifuges in its Natanz facility through a power outage. Years ago, a similar destruction happened using  a virus called Stuxnet, introduced by Israel into its system.

This is truly dangerous because of technology being a double edged sword.

Destructive technologies of yore were NBC (nuclear, biological and chemical). These had to be state owned because of the resources needed to build and maintain them. Being state owned, they were subjected to treaties which sought to keep rogue states in check.

An article in The Wired written 20 years ago by Bill Joy, a founder of Sun Microsystem, pointed out to the dangers of newer technologies, of GNR (Genomics, Nano and Robotics). It is a must-read article. These technologies do not require huge resources, can be based in a garage, and funded by the market, but are equally capable of being mass-destructive.

Today several nations, and rogue players within nations, have such technological capabilities. The threats they pose is huge.

It would be better if world leaders eased their belligerence and started talking to each other. The US uses its ability to impose sanctions on other nations, as a lever, but that ability is eroding. China is launching a central bank issued digital currency (CBDC) and is also likely to launch futures oil contracts backed by gold.

It is vulnerable to the risk of any of the geopolitical hot spots erupting. Caution is advocated.

The global enigma – a bright future together with foolish actions

MARKET PERSPECTIVE By J Mulraj Mar 21 -27, 2021 Shareholder capitalism needs to be tweaked The world, indeed, is enigmatic. Technology is addressing all sorts of problems. Renewable energy...