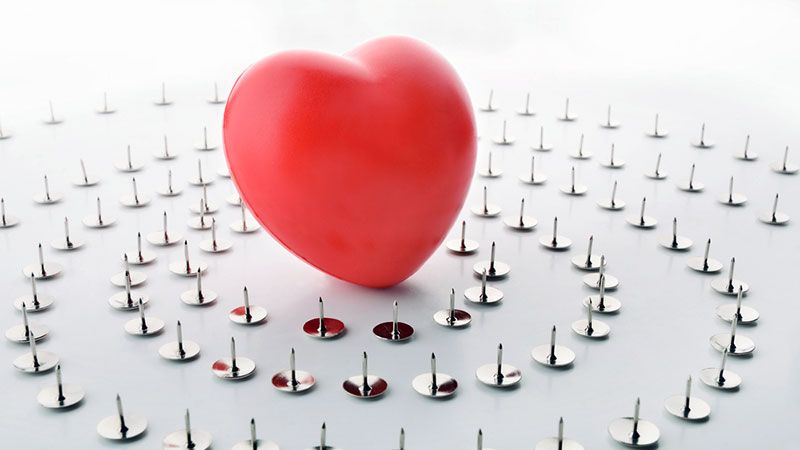 And geopolitical risks abound because of it

­­The world experienced a long period of prosperity thanks to ‘The World is Flat’ era of globalisation. Countries and companies extended their supply bases globally, to wherever it was cheaper to manufacture. This made them vulnerable. China took full advantage, setting up manufacturing facilities and supplying to all countries, who are now ruing their dependency on it.

The global system has far too many vulnerabilities.

Vulnerability to cyber attacks: Last year Solar Winds, a company that produces network and applications monitoring platform called Orion, was apparently hacked into by a Russian group called Cosy Bear which is the hacking arm of the Russian foreign intelligence service, SVR. The customer list of Solar Winds, which also got compromised, included 425 of the top FORTUNE 500 companies, and included all branches of the US military, the Pentagon, the top 5 accounting firms (hence their corporate clientele) and others.

More recently, a company Colonial Pipeline, succumbed to a ransomware attack. Its pipelines supply gas to several states in Eastern USA, and, as a result of cessation of work (until a $ 5 m. ransom was paid), there was a severe shortage of gasoline and petrol prices shot up. The company also supplies aviation fuel, which impacted flights.

Net net, countries and hackers in them now have the ability to cripple another country’s infrastructure from their desks, and so attack it without putting boots on the ground. Other examples of such remotely conducted attacks are the Yemeni drone attacks on Saudi pipelines/refineries, or the more recent Palestinian rocket attacks on Israel.

India, a leading software developer, surely has the skill sets to both initiate, if required, cyber attacks, and, more importantly, to thwart incoming attacks, or rectify the situation if unable to thwart them. The focus of the political leadership should be on such things, not on scoring petty points and raking up non-issues, as they are doing.

Vulnerability to computer chips and raw materials needed for them: The lockdowns due to the Covid pandemic shuttered a lot of manufacturing plants. Over time, when the lockdowns were eased, manufacturers found they were unable to obtain computer chips. Computer chips are now ubiquitous. They are needed in all industries, and the specifications for different industries vary. The auto industry, e.g. found a severe shortage of chips needed in automobiles and had, in fact, to shut down plants because of it. Chip manufacturers produced, and sold, chips demanded by other industries, such as phones or games which were more in demand during the stay at home lockdowns.

The chip shortage in the auto industry is estimated to cost the industry a whopping $ 110 b. and lead to a 3.9 m. vehicles drop in production!

There are not many global manufacturers of computer chips. US companies include Intel, Broadcom, Qualcomm, Micron Technologies and Applied Materials. Some of them are chip designers. A large manufacturer is Taiwan  Semiconductors, headquartered in Taiwan which is claimed by China. Perhaps the recent increase in Chinese rhetoric over Taiwan is because of global vulnerability to chip supply.

Vulnerability of manufacturing and raw material supply chain: China today supplies  56 % of global steel, over 50% of cement, and over 85% of rare earth elements, required in manufacture of components used in high tech devices. These include every day devices such as computers/smart phones, and also in airplanes, and military equipment.

In essence, a choke hold, as China has, over rare earth elements, makes the world very vulnerable, and in several sectors.

Vulnerability to technological change:  New technologies are going to be very disruptive, and would shutter industries and cause job losses in them, even as new jobs will be created. Recently an IIT Madras start up, Tvasta Manufacturing Solutions, created India’s first 3d printed house! The disruptive 3d printing technology can be used to make almost anything. It is a process of ‘additive’ manufacture, adding a layer of material at a time, using computer design to produce the product, be it a pair of shoes, or a shirt, or a house, or a rocket component.

Imagine how this can impact employment in the construction, textiles, leather or other industries. 3d printing saves on material cost and wastage, as it is an ‘additive’ process of manufacture, not a subtractive one. As now, if you want to buy a shirt, you walk into a store, chose a shirt from say 20 designs, chose one of, say 8 colours and  6 sizes, and walk away with the purchase. The store has to stock all this, and dispose off unsold stock at the end. Thus garments are over priced at the start, allowing for a reduction sale to dispose stock, at the end.

But 3d printing overturns this model. The customer has a printer on his desk, chooses the material (cloth, threads, accessories etc), downloads, for a fee, the design, and prints out the shirt, made to measure, at his home. No store, no over stocking, lower prices, no wastage. But very disruptive, nonetheless.

The question for policy makers is: are you yourselves, prepared for these technological changes.

And, have you prepared the electorate for the changes? Unless you do, how will you face their wrath when the disruptive changes throw them out of their job?

Without a social security system, citizens have to depend on their savings. But interest rates have been dropping and are insufficient to meet future retiree needs, especially if the needs arrive earlier, due to the disruptive technologies.

Last week the sensex lost 473 points to close at 48,732. The surplus liquidity sloshing around, generated by central banks, is fuelling stock market rallies, in the absence of attractive alternative investment opportunities. So far the escalation in the situation in the Israel- Palestine conflict has not occurred. In response to hundreds of rockets raining from Palestinian Gaza strip, the Israels have launched land and air attacks, and vow to continue them until the rocket attacks stop. A global escalation is a huge risk.

The other geopolitical risk is the increased belligerence of China, which threatens to launch an invasion of Taiwan. It has threatened Australia with a missile attack!

China can only be countered if all other countries combine to significantly reduce trade with it. But, as pointed out above, the world is hugely dependent on China which supplies over half its needs for cement, steel and rare earth material. It is a diplomatic zugzwang.

Big Tech is Watching You

MARKET PERSPECTIVE By J Mulraj Jan 10- 16, 2021 An Empire in Decline Picture Source: www.deviantart.com We are entering into a phase in which the American Empire is in...