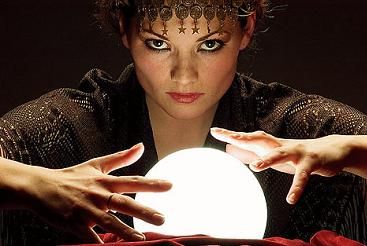 Do we have the proper corporate and public governance systems in place?

­­As Bob Dylan sang in 1961, The Times They Are A Changing. The new, 4th Industrial Revolution Technologies will change the world in ways now unimaginable.

Perhaps the onset of the Covid virus has, in some respects, helped prepare humankind for the consequences of the new technologies. Some of them, such as AI (artificial intelligence), robotics, autonomous vehicles, 3D Printing, and others, will result in a loss of jobs. True, other jobs will be created, maybe more than those that are lost, but it will take time, and effort, to re-train people for the new jobs.

Perhaps Covid has prepared people for this. Due to the lockdown, several small and mid sized businesses have had to shut down, and job losses have been rampant. (Ironically, thanks in measure to relief packages, there is now a labour shortage in some sectors, as workers are paid more to stay at home, it seems).  Businesses adapted by adopting a WFH (work from home) system, which had the beneficial advantage of aiding the environment.

Recently, Vichaar Manthan, organised this must watch interview of David Wood, a futurist and a pioneer of the smartphone industry, to pontificate on What Is The Future of Work.

So, if human jobs are displaced by machines, what people will need is low cost, high reliability goods and services, plus a universal basic income. For example, low cost housing, rather than the current mode of building expensive housing whose prices keep rising. Or, low cost healthcare.

In India the housing policies are the reverse. Instead of affordable, low cost housing, the effort is to raise prices artificially, perhaps because a lot of the tax-evaded money is stashed away, by policy makers, businessmen, and others, in real estate. So, policy makers pass laws to artificially raise, rather than lower, prices, as this serves their interest. Rent Acts, passed as a temporary measure to provide accommodation for troops during the second world war, persists till today, resulting in poor quality housing stock (since rents are frozen owners cannot maintain the property), resulting in building collapses and endless litigation. Quantity of construction is restricted through FSI (floor space index), which is far far lower in Indian cities than in other countries, thus boosting costs and aiding those who invested in property. It affects livelihoods, as people cannot easily move locations in search of better jobs, as high rents are unaffordable. It also results in Mumbai being the city with one of the world’s largest slums, an unenviable achievement.

The slum dwellers and tenants are looked at as vote banks. Hence the policies are unlikely to change except by a leader with a far sighted vision and a strong backbone.

Healthcare costs are also, similarly, artificially increased. A medical education in India is unnecessarily more expensive, because of regulations, as pointed out in this video by Dr. Devi Shetty. Our policy is to make a handful of people, who ‘manage’ to get a license to set up a medical college, rich, rather than increase the supply of doctors and nurses, sorely needed. The consequences of this myopia were witnessed in the Covid epidemic. So this policy must change, as also the restricted real estate policies.

Public governance has to significantly improve.

So also must corporate governance. This is guided by ‘shareholder capitalism’, which gained momentum in the late ‘80s, in order to counter the economic challenge posed to the US by the rising economic might of Japan and Germany. These countries practised ‘stakeholder capitalism’ to drive their companies. Under it, the rights of all stakeholders of a company, including shareholders, employees, suppliers and customers were given equal importance. This form of capitalism was working, and the Japanese economy was growing. Japanese companies were so rich they bought the Rockefeller Centre in NY, Universal Studios and other American assets.

The US responded by promoting shareholder capitalism, which gives primacy to owners of capital over other stakeholders.

This worked for USA, propelling it to becoming the largest economy in the world, even as Japan went into stagflation for a decade, and its stockmarket lost badly in the period 1990-2000.

However, shareholder capitalism has its drawbacks, including a focus on short termism, and on creating shareholder value at whatever cost. Witness the use by companies, of borrowed funds, after ZIRP (zero interest rate policy), using it to buy back stocks and so boost the market cap, and, consequently, the value of stock options issued to top management.

Last week we saw the destruction of brand new products by Amazon, to reduce unsold inventories. This is a manifestation of the extremes of shareholder capitalism.

In this, too, the pendulum would have to swing from such extreme, towards a more equitable treatment of other stakeholders, especially of  employees losing their jobs due to advent of new technologies.

India’s policy makers, and corporate heads, would really need to think hard about preparing for the future, with suitable policies, and plan for it from now instead of reacting to technological changes after they happen.

In addition to changes in technology, which are going to happen (no one can stop an idea whose time has come) the world has to deal with a never ending arms race. Increasing amounts are being spent on developing new military technologies, and on waging wars which never achieve anything.

Consider the amount of senseless wars the US has entered into, which achieved nothing. Cambodia. Vietnam. Afghanistan. And now Iraq, where an agreement has been reached to withdraw troops. The search for new weapons is never ending, using resources which ought to be spent on development, were it not for pervading mutual distrust. John Lennon can only Imagine a world without such distrust.

Russia claims to have developed 3 hyper-sonic cruise missiles, the Avangard, the Kinzhal and the Zircon, which can fly at high speeds (20 Mach for the Avangard). This is faster than the speed of any interceptor missile. Besides, the Russian hyper-sonic can meander, or change course, making them impossible to destroy.

This means that a missile or two, costing, maybe a million $ or less, can destroy a $ 10b. aircraft carrier, an example of asymmetrical warfare.

An assessment by any country, USA, Russia, China or other, that it has the military capability to get an advantage, can easily trigger an undesirable conflict with a catastrophic conclusion.

In addition to discussing, and planning the changes in public and corporate governance, in order to prepare for changes due to technology, the Government must also take a deep look at education. The method of teaching, and the end result, must change. At present the emphasis is on learning by rote, memorising everything only to regurgitate it, exam time, and then forget it. Instead, children should be taught to question, and understand, things, so that they are better able to adjust to changes brought about by technology. If the job I have perfected my skills doing over 2/3 decades, is being better done by a robot,  I need to be able to mentally adjust to learning a new skill which is required. There will be few permanent jobs. And more of temporary assignments. The philosophy of maximising shareholder profit, would be unequal to the challenge of dealing with this.

The price of democracy

MARKET PERSPECTIVE By J Mulraj April 11-17, 2021 We need both good governance and good discipline by citizens ­­­­Democracy comes with a price, but, for the sake of...