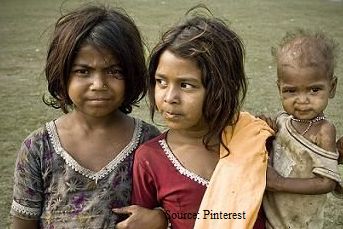 Hindi belt – II – When children are damned and humanity forgotten

What difference does it make to the dead, the orphans and the homeless, whether the mad destruction is wrought under the name of totalitarianism or the holy name of liberty or democracy?

By RN Bhaskar ((The first part of this article can be found at https://asiaconverge.com/2021/07/hindi-belt-1-saga-of-death-poverty-poor-governance/) 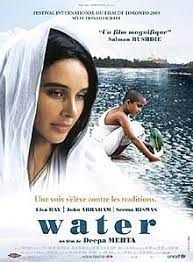 When the brilliant award-winning movie Water was screened in 2005, few realised how true it would be to the not-so-often discussed underbelly of the Hindi belt. The movie is s set in 1938 and explores the lives of widows at an ashram in Varanasi, India. You gradually learn that some widows are prostituted so that the ashram earns enough money for its own maintenance.  The moneybags who can pick up a woman of their choice are happy.  The ashram administrators too are thrilled because they get the money. And the widows are resigned to their fate.

Production of the movie was supposed to commence in 2000, but conservative right-wing organizations objected to the subject matter and portrayal of conservative households in a negative light.

Some 2,000 protesters stormed the ghats, destroying and burning the main film set and throwing the remnants into the Ganges. Much of the film was then shot in Sri Lanka. 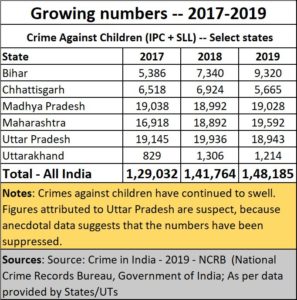 Even fiction can be terribly uncomfortable when it touches the edges of reality.

Fast forward to 2007 when journalist Anjali Sinha wrote an article Orphanage or Places for Child Abuse. Sex scandals in India aren’t unusual (https://www.dailyo.in/politics/sandeep-kumar-aap-arvind-kejriwal-nd-tiwari-gopal-kanda-amarmani-tripathi/story/1/12697.html). But this time it involved child shelters.  In 2013, the Supreme Court ordered a full survey of all child homes in India.

Then in mid-2017 the Muzaffarpur shelter scandal hit headlines (https://asiaconverge.com/2021/04/curse-of-being-an-abandoned-child-in-india/). The state government of Bihar appointed a committee from the prestigious TISS to examine the issue.  The politician controlling the child shelter was eventually convicted thanks to the intervention of the Supreme Court.

The parallels between the movie Water and reality were now becoming visible.  The big difference was that the main players had shifted from widow-homes to child care institutions (CCIs). Once again, the moneybags were happy (this time they were often wealthy debauched politicians), the administrators of the shelter home were trilled at the favours they could dispense for cash and kind, and (like the widows) the children were resigned to their destiny.

By 2018, the committee that had been appointed – as ordered by the Supreme court  in 2013 —  submitted its report.  The contents are explosive.

As data from the National Crime Records Bureau shows, the number of cases involving children has kept on increasing.  Laws are 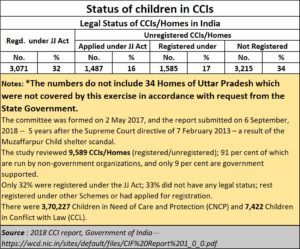 passed. Made more and more stringent. Pious statements of resolve are mouthed.  But the state has no desire to stop this trade where lust and money create a heady cocktail – strong enough to every child protection law or even value. Talk about Hindu culture was obviously meant for the masses, not for the powerful.

You then realise that even the ministry of Women and Child Development (MCD) isn’t bothered.  Tweets have been sent to her to explain why some of the grossest aberrations about CCIs remain uninvestigated, and facts concealed (https://twitter.com/rnbhaskar1/status/1383705744822833156?s=20)),  No reply.

The minister is culpable because she has abdicated her prime responsibility of being a protector to women and children.  The government is a co-accused because it too has looked the other way, and has even promoted the minister to take up greater responsibilities.

Similar messages were sent to officers of the Kailash Satyarthi Trust and to  Kailash Satyarthi — co-recipient in 2014, of the Nobel Peace Prize, along with Malala Yousafzai (https://twitter.com/rnbhaskar1/status/1388079806760341508?s=20).  You can see him trying to raise more and more money for his trusts, which are supposed to look after the welfare of children.  But ask him about what happened to the details from the 34 shelters which the state of Uttar Pradesh (UP) has not come clean about, and there is silence. Thus, he continues to espouse the cause of children, even seeks donations from people (https://www.kailashsatyarthi.net/) but refuses to take up one of the most rotten states perpetrating crimes against children.

Curiously, even the Nobel Foundation, which conferred the award of Satyarthi refuses to comment on this.

In fact, the entire Parliament should be ashamed of how at least two ministries – Home and the MCD looked the other way while crimes against children are being committed.  The Home ministry keeps silent even as news media keeps pointing to the way the police are busy finding excuses not to register complaints, or destroying evidence (and in many cases even fabricating evidence).  This is especially true is most parts of what is popularly referred to as the Hindi belt.

Similarly, the National Commission for Women (http://ncw.nic.in/), and the National Human Rights Commission (https://nhrc.nic.in/) has chosen to focus its attention on a few cases of infringement in West Bengal, and chooses to ignore crimes in thousands in Uttar Pradesh (UP)  and other Hindi Belt states.

There appears to be an atmosphere of silence – even collusion.  Illegitimate sex can be a major driving force and a binder . This is quite evident if one oes through the annals of the late Jefferey Epstein and his Lolita Express (https://www.youtube.com/watch?v=VQOOxOl9l80) .  India is far more brutal.  No willing and consenting girls here.

None of these lend confidence to the prime minister’s constant exhortation to people to be atma nirbhar (self-reliant).  How can a nation be self-reliant when its children are abused, trafficked and even exploited by the very people who are supposed to protect them?

To understand what follows, one has to bear in mind two seminal incidents which explain why many of the numbers may not be entirely reliable.

The first incident is the Muzaffarpur shelter case (https://asiaconverge.com/2021/04/curse-of-being-an-abandoned-child-in-india/).  This was when a report compiled by TISS (Tata Institute of Social Sciences) ripped the lid of a disturbingly steamy roles of elected representatives in the Hindi belt.  The report showed that legislators ran child-care homes (CCIs) which were ostensibly to shelter girl children who had been abandoned, orphaned, or ordered to be there by the courts. But the girls in these shelters were being used to satisfy the sexual appetites of other powerful people in the state of Bihar. The girls were trafficked and abused.

The gory details assumed gigantic proportions when the report (that the Supreme Court wanted compiled) was tabled by the government (https://wcd.nic.in/sites/default/files/CIF%20Report%201_0_0.pdf

The report showed that almost 68% of CCIs were irregular for one reason or the other (see chart).  The report also showed that Uttar Pradesh did not part with information relating to 34 CCIs.  To date, this information is not available.  And there are good reasons to believe that all is not right with them.

The malaise spreads across the Hindi belt.  As Satyarthi himself says in his report on the Status of POCSO cases in India — March 2021 (https://satyarthi.org.in/wp-content/uploads/2021/03/Status-of-POCSO-Cases-2017-2019.pdf): ” States such Madhya Pradesh, Maharashtra, Uttar Pradesh, Haryana and Delhi constitute 51% of the POCSO cases in the country. Yet, we see that the rate of conviction in these states is between 30%-64%.”  Maharashtra too is no stranger to such distasteful developments.  Remember the Jalgaon sex scandal where school girls were abused in their  dormitories (https://www.indiatoday.in/magazine/special-report/story/19940731-role-of-influential-men-in-blackmail-and-forced-sex-rocks-jalgaon-in-maharashtra-809457-1994-07-31)?

Data fudge is quite common in UP.  This was discussed in the previous week’s column (https://www.freepressjournal.in/analysis/policy-watch-hindi-belt-i-uttar-pradesh-and-the-art-of-kite-flying). To understand this, the best example is to look at the September 2020 Hathras rape case carefully.  Even after the girl, with a broken spine, was admitted to the hospital the same day, a police complaint was registered only a week later – that too because the girl had been hospitalised.  The girl died a few days later, and the police stated that it had not recorded her statements properly.  It refused to acknowledge that she was raped. The body was cremated hurriedly at night, without the presence of her parents.

Reporters who went to cover the incident were pushed back and some arrested under the draconian provisions of  UAPA (Unlawful Activities Prevention Act) which does not allow the accused to get bail. The police did everything to claim that it was not a case of rape, till the Allahabad High Court (backed by the Supreme Court — https://thewire.in/women/hathras-gang-rape-and-murder-case-a-timeline)  stepped in and ordered a full investigation.  Finally,  a rape charge was registered, some policemen were suspended (but not dismissed) and a few others transferred.  Thus, those who distorted investigations were allowed to return to the police force later.  They will also, in all probability, be rewarded.

A similar parallel could be found in the Unnao rape case (https://www.indiatoday.in/india/story/unnao-rape-victim-father-death-kuldeep-singh-sengar-convicted-1652295-2020-03-04).  To intimidate the girl, the father was killed.

Intimidation, refusal to register cases and state support in crime (remember the Chinmayanand case — https://www.ndtv.com/india-news/chinmayanand-rape-case-granted-bail-chinmayanand-walks-out-of-jail-to-grand-welcome-2175490) are key strategies adopted by the police to fudge statistics on crime and rape, especially against children. Cases get registered – at least in most cases that this author is familiar with – only when the victim is important, or when media focusses attention on the crime.  Most cases – like those relating to  missing deaths (https://asiaconverge.com/2021/06/missing-dead-series/)  – don’t even come to light.

That is why, if one examines data compiled by the NCRB, it must be taken with a barrel of salt, especially where UP’s records are concerned (see chart).  Like the numbers declared for corona deaths, these cases could be at least five times larger than the current figures.  Anecdotal data suggests that UP is the crime capital of India.

And typical of the government’s response, it makes the law more stringent (https://wcd.nic.in/sites/default/files/Protection%20of%20Children%20From%20Sexual%20Offences%20%28Amendment%29%20Act%2C%202019.pdf). It tells people that it is determined to bring the guilty to book. But it does not dismiss the errant policeman, and other law-enforcing agents, who did not care for the law at all.

But then when you have a repugnant (even grotesque) interpretation of sexual molestation – that it can be crime being a crime only if there is skin to skin contact. Fortunately, that verdict was reversed. But how does one deal with a legislature that chose to extend the judge’s tenure even when the Supreme Court and the Bombay High Court frowned at the nauseating interpretation.  This was a case of total abdication of senses, even mental incompetence.

If rotten judges and the collusive police are protected by a legislature that has lost its moral compass, all talk about values becomes a mockery.  The Supreme Court has a humungous task cut out for it because it would be akin to cleaning the Augean stables.

And the answer would lie in first cleaning up the Hindi belt – with its extreme poverty, with its sickening exploitation, and its willingness to ignore the law.  As the previous article showed, few numbers that pertain to Uttar Pradesh are credible.  Very few of its actions are aimed at ameliorating the lot of its people.

A big casualty is education – because educated people would have the ability to raise their voice and question certain actions of government officers.

Should the country have to bear the cross of mismanaged funds, because of the Hindi belt? Does the country have to tolerate a declining GDP growth rate because of the absence of governance in the Hindi belt?  Must the money generated by theprogressive states be allowed to go down a bottomless pit because even the conditions for financing these states have got tweaked(https://asiaconverge.com/2020/09/india-plundered-again-by-tweaking-rules-against-prosperous-states-and-encouraging-profloigacy-irresponsibility/). 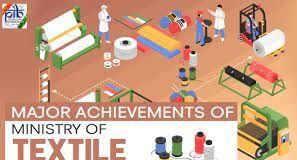 https://www.freepressjournal.in/analysis/policy-watch-ta-i-indias-textiles-and-apparels-are-rediscovering-their-mojo T&A-I: India’s textiles and apparels are rediscovering their mojo RN Bhaskar  (The second part of this article can be found at https://asiaconverge.com/2021/11/the-apparels-appaition/) Some seventy years ago,...