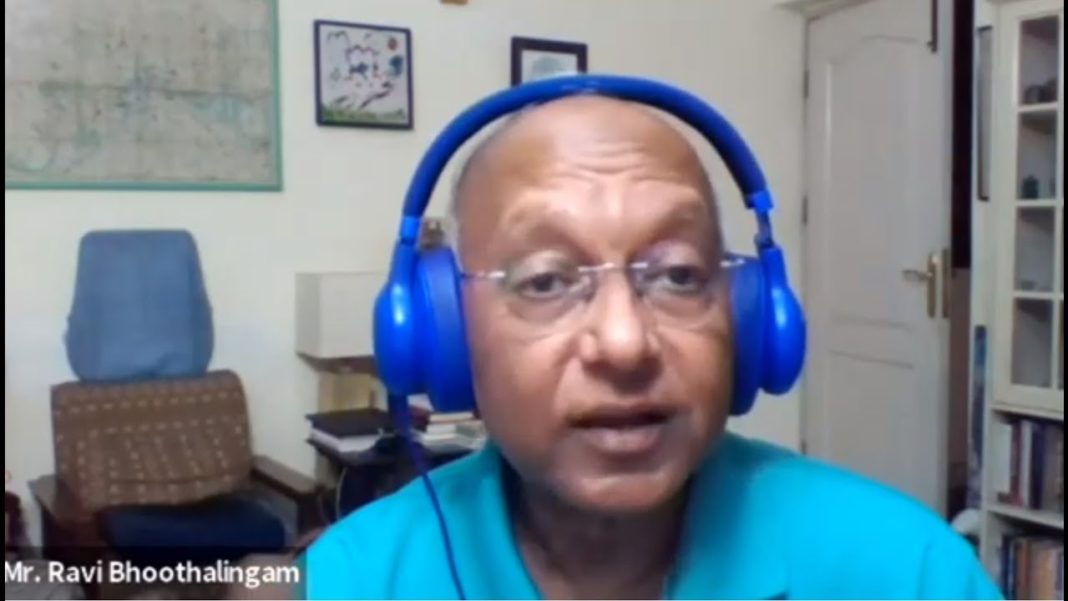 Most idealogues bristle at the mention of India China relationships. But there are many sane voices which voice the need for both India and China to work together.  And one of the most eloquent analysis of the situation has been given by Ravi Boothalingam, currently Fellow of the Royal Geographical Society, London, Honorary Fellow at the Institute of Chinese Studies, Delhi and on the Editorial Boards of China Report and World Affairs.

In a talk titled “India and China — taking the long view”, Boothalingam refers to how his teacher and mentor in Cambridge had once stated that if two great civilizations like India and China cannot sort out their problems, then he feared for the future of the world. His teacher urged him then to take a long view to get a proper perspective of what is possible and how it could be dealt with.

According to Boothalingam, the India China relationship can be viewed in four dimensions. The first being the most important, but most intractable. But it could be addressed by looking at the fourth dimension first and then moving up the scale. By the time one reaches the issue of the border – after dealing with the other three dimensions – the situation might not appear that intractable, or even relevant.

The first dimension is the border. But that too must be viewed in the context of history where for almost 2,000 years, India and China had no border demarcating their respective territories. Even for the world, the concept of a boundary is a very new one. And when it comes to India and China it is barely around 200 years.

He also points out that the skirmishes over borders in the world have been a lot more fierce, savage, and destructive. More people have died in magnitudes unimaginable when compared to those killed in the China India conflicts. And if the Western world – with a common cultural past of the Judeo-Christian lineage can be witness to so much of conflict, it is hardly surprising that two ancient cultures – not with the same ancestry – should have differences. But if the Western word, even after those bloody wars that lasted decades and killed millions, could find ways to live peacefully, there is no reason why India and China too cannot live peacefully and harmoniously.

He also points out that there is yet another reason why India and China should look at the relationship with the perspective that is common to all nations in the Orient.  All of them, in some form or another have the concept of the world being one family. Look at how Japan and China do business together, ad have common objectives, despite their bloody clashes in the past.

The second dimension is nationalism. This is despite the fact that China and India have enjoyed centuries of cultural exchanges. Chinese scholars routinely came to India to learn from the wise teachers in India. Rabindra Tagore spent considerable time in China. And when Mahatma Gandhi was asked about whether India should embrace western civilisation, and that he thought of western civilisation, he cryptically remarked “I Think It Would Be a Good Idea” (https://quoteinvestigator.com/2013/04/23/good-idea/). Unfortunately, lately, nationalism appears to have prevented both from living together as one family. Both have demonstrated an “edgy kind of nationalism”.

Next comes economic growth. Boothalingam explains how both nations, when they became nation states, were way down the global economic rankings. The GDP of India was a little higher than that of China. Since China had a larger population, that mean a higher per capita GDP for India as well.

Almost 30 years later, by 1979, China had caught up with India, though its human development indicators had already surpassed India. Some 40 years later, just before the pandemic hit the world, China’s GDP was five times the size of India’s and per capita as well by the same multiple. By 2022 it is expected to be almost six times.

The slipping behind left India with an added and additional anxiety as far as its nationalistic fervour went. On the other hand, the increased economic gap caused China to lose interest in India, and focus more on matching itself against the US.

But the good news was that, during the past two decades, both countries have progressed on other fronts. By 2000, India China trade was barely $ 2 billion. It is now reaching #100 billion.  This is despite the pandemic, despite Galwan, and restrictions and limitations and other things imposed. In some cases, in addition to trade expanding manifold, investment too has expanded. China continues to see India as being about 10 to 15 years behind its development curve and therefore has been keen on taking opportunities available in India where it might help its economic objectives. In that sense, China matters to India more in terms of the economic relations that India matters to China. This has added another layer of imbalance to the relationship. China needs India far less tan India needs China.

But, as Boothalingam points out, China too is not in an extremely easy position – ageing society, a society with many pent-up issues like the property bubble and all manner of stresses in its economy. So, China too has been trying not to antagonise India and thus add to the list of issues it must cope with.

But to grow economically, India needs engagement both with China and the larger Asia. Around 44% of our trade is with Asia (including China); around 10-12% with the US and the rest with the rest of the world. Recent history shows that the best growth usually is a result of trade with neighbours. But almost 60% of India’s trade is not with its neighbours. India’s neighbours account for just 5% of its trade.

China, on the other hand is very active with other ASEAN countries, including Japan and Korea. What this means, says Boothalingam, is that India should work harder to improve trading relations with its neighbours and also the rest of Asia. That will allow India to expand its trade and footprint.

At the same time, India needs to recognise that China is itself a growing and a very large market. It accounts for 30% of the global market today. Progressive Indian companies like the Tatas and Wipro do quite a great deal of business with China. India must, as a nation, follow suit and thus increase its trade and its export revenues. That could help India rachet up its growth rates. India has the potential to increase its growth rate to around 8% even as China moderates its growth rate to 5%. Both countries could thus actually narrow the trade and economic gaps that current exist.

A fourth dimension is that of climate change, which is both political as well as existential. People have begun to realise that time is short, and that rather than merely sign agreements as was done in the past, we need to set concrete goals. Boothalingam sees the Glasgow conference on climate change bringing the US, China, and India together to find a common solution to global survival. And there will be areas where India and China will have common interests even as they work with the world to bring down the level of emissions. This last factor will compel India to work very closely with China.

Boothalingam believes that if there is a consensus, in another 50-60 years there may be nothing left to argue about. At present the climate situation is like a fireball, “that is not going to be great fun.”

The climate imperative will drive both nations to share common goals. It will make people acknowledge that they have a problem that is larger than all the immediate rivalries that exit between the two nations. This will mean economic and scientific engagement at a scale not imagined earlier.

That in turn would ensure that economic issues get sorted out, leading to the erosion of the edges around nationalism and finally to a better understanding of the border issues. All other irritants begin to become “a little softer “.

Boothalingam believes that “things like climate change and pandemics don’t respect any borders, boundaries, sovereignties, or treaties. They just happen, and if one does not get one’s act together, these things can overwhelm us.”

He believes that both countries will need to work towards a “minimalist position” – of just keeping the border quiet, peaceful and free of incident.”  This was the case right from 1972 till recently. He also believes that both countries – even the world – will have to gradually embrace a common humanity or common community or even what Xi Jinping calls “common prosperity.” 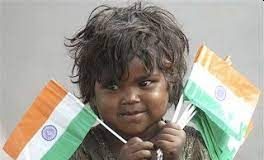