Home JMulraj Whose Money Is It, Anyway? 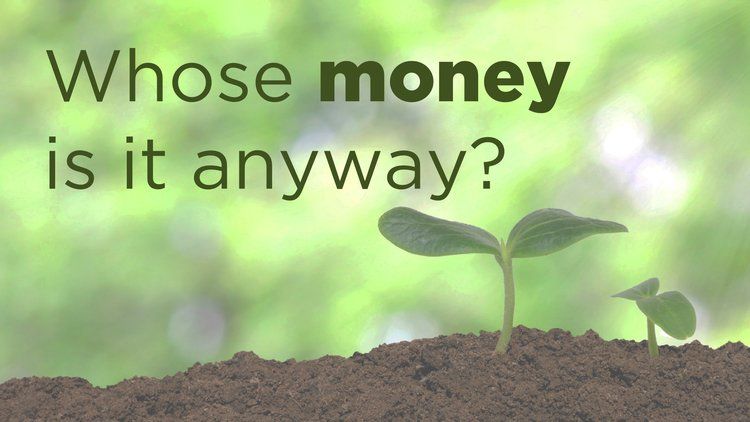 India can never be a super power unless it tackles corruption. Alas, it has no will to

In the ‘50s, India and Singapore had similar per-capita incomes. Today Singapore’s per capita income is 31 times that of India, in 2020. What made this difference?  It 1959, Lee Kuan Yew got elected, and one of his first acts was to clamp down on corruption strongly. The Indian polity does not.

People seeking to make excuses opine that the countries are not comparable because of size (both population and area). Ok, so we compare with China. In the late 70s, India and China had similar per-capita incomes. Today China is 5 times! So the excuse mongers again say they are not comparable, because China is not a democracy. China, too, clamped down on corruption.

It is easy to make excuses for non performance. And, when people start to accept these excuses, it only encourages the polity to allow corruption to fester the nation’s economic innards. Shame on those who make such excuses for tolerating corruption, and on those (all of us) for allowing the excuses in stoic acceptance of their ‘karma’.

The concept of ‘karma’, (cause and effect) is useful to pacify oneself in times of adversity, stating that it was God’s will. But the concept has been bastardised by politicians to divert attention from their own misgovernance, thus allowing them to get away with it. Including the suppuration of corruption.

The BJP Government had promised to tackle corruption as a campaign pledge. To an extent, at the Centre, it has done so; getting permissions or winning tenders for contracts is far easier and less greasier.

So it was with a lot of hope that citizens viewed the headlines, last week, about an income tax raid in Kanpur, on a attar (perfume) manufacturer yielding a cash trove of Rs 200 crores, alongwith bullion. Hope that this would culminate in the sort of penalty that would serve to deter others. Lee Kuan Yew had jailed corrupt people and Xi Jinping had even had them executed.

Sadly, no. The unaccounted cash was treated as ‘turnover’ on which he was asked to pay tax and penalty and let off with a tap on his knuckles. In all likelihood, a deal, political or otherwise, was made. Long live corruption!

So, sadly, but honestly, India’s super power dreams can not be realised. Not if corruption becomes another tool in the armory of politicians to strike deals. Sure, the economy will grow, because India’s demography, and the energy of young Indians to achieve success (Indian startups, e.g., raised $ 36 b last year), will pump blood into the economic heart. But the corrupt will suck out that blood.

Whose Money Is It, Anyways?

IDBI Bank was in the news for a published figure of a defaulter, which was amended, later. A bank truly ought to know its figures, after all, its business depends on gathering and analysing data. Once IDBI was the largest DFI (Development Financial Institution). GOI owned 80% of the bank’s equity, but sold it to LIC so as to reduce the burden on the taxpayer. This is not a solution, because the burden has been shifted to LIC policy holders, who are entitled to its surplus income.

Whose Money is it, Anyway?

Nor does the Government seem to care about the victims of several ponzi schems, Sahara, NSEL, Rose Valley and others, or of banks like the PMC Bank. In the case of Sahara, it has deposited  Rs 15,485 crores with SEBI, as directed by a court, out of which SEBI has distributed Rs 138 crores to investors! So SEBI is sitting on Rs 15,247 crores it is not entitled to. There should be a time limit for finding out the depositors’ details, after which the money should be used to recompense other victims. Surely SEBI cannot sit on it!! That is NOT the purpose for which it was established.

In the case of NSEL, Narendra Modi, as then CM of Gujarat, had promised a delegation of NSEL Investor Forum all possible help. As PM he has done nothing about it.

Whose Money is it, Anyway?

It is such nonchalant, ‘chalta hai’ (it’s okay) attitude towards money that keeps India from achieving its full potential. We tolerate corruption and are unconcerned about protecting investors. This attitude is what has permitted Singapore to grow 30X our per cap income in 60 years, and China to grow 5X in 40.

China’s economic strength spills over into other areas, including in technology and defence. This poses an immense threat to India. In Ladakh, e.g. China will adopt robots to fight, thus negating India’s perceived advantage of soldiers being more prepared for mountain warfare. China has also developed hypersonic missiles which fly at speeds that cannot be intercepted.

Unless our polity wakes up to the dangers posed to the country by its ‘chalta hai’ attitude to corruption and towards investor protection, India cannot achieve the super power status it is capable of.

One is excessive liquidity generated by central banks, to fight the economic slowdown caused by Covid. WHO has stated that the Covid threat is likely to be over in 2022, so the need for fiscal and monetary injections will be reduced, or eliminated. The US Fed is accelrating the taper of its monetary support, and is expected to raise interest rates, perhaps 3 times in 2022. So the excess liquidity is being sucked out.

The second is the promise of strong economic growth in India. For the current year, research firm CNI expects GST collections to rise 126%, direct taxes 126% and fiscal deficit to fall 66%. These are huge numbers! Yet, if corruption goes unchecked, and scamsters get away unpunished, emboldened to dupe investors, aided and abetted by an uncaring and corrupt system, then the economic bandwagon may lose its wheels.

It is high time the Government lived up to its promises of good governance, less government, and tackles corruption and minority investor protection with the promised zeal.