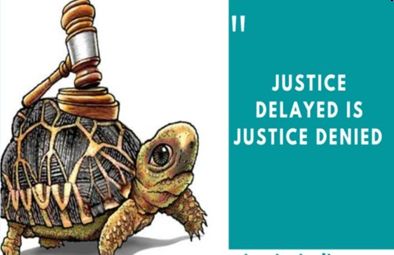 Too many laws but no justice.

Stock market logic is sometimes difficult to comprehend. Such as during last week when, despite several negative factors, the BSE Sensex rose 2329 points. This, when prices of Brent crude are expected to remain high in 2022, despite the sharp fall from $ 125 + to $ 95, ostensibly due to anticipated reduction in Chinese demand caused by Covid lockdowns. Wheat and fertiliser supply, impacted by the war (Ukraine and Russia are major suppliers) can cause severe food shortages, and, as happened during the Arab Spring, and, thus, civic unrest. Prices of several other commodities have risen, contributing to sustained inflation. US wages are rising due to a labour shortage. To fight inflation, capital is becoming expensive. The US Fed raised rates 0.25%, and six more similar rate hikes are expected, taking the Fed rate to 1.25%.

So if the cost of all inputs, I.e. men, material, money is high, can corporate profits rise enough  to justify high valuations? The war in Ukraine continues to ravage the country, and to disrupt global supply chains. Most of the wheat and oil is exported out of both countries from ports in the Black Sea, which are  now declared as a war zone, upon entering which ships lose insurance cover. So, the  evacuation of wheat and oil from these ports is very difficult.

There is a glimmer of hope of a negotiated end to the dispute. Russia has realised that Ukraine is no push over, and that the invasion has been costly. Sanctions have enervated its ability to continue much longer. Ukraine, too, seeks an end to mindless mayhem and destruction. There are some red lines to cross, yet. But even if a diplomatic settlement is reached fast, restoring the supply chains and, more importantly, confidence, will take time. Wheat and fertiliser prices have shot up, and planting of the next crop, done in April, will not be possible, without an immediate cessation of hostilities. If manufacture is impacted after the war is over, due to sanctions, we are looking at food shortages.

In fact, high prices of fertilisers are already impacting crop selection, globally. Price of fertilisers have shot up. Nitrogen fertilisers are made of natural gas, whose prices have doubled. Ammonia fertilisers have gone up 5X from $200/ t to $1000. Potassium has gone up from $200 to 700/t and phosphorous from $250 to 700 (watch this video). So farmers have changed their cropping pattern, and this will manifest itself later this year. Remember, it was shortage of wheat and bread that triggered riots in the Middle East, called the Arab Springs. Imagine how such riots could spread to other countries, especially weaker African ones.

Globalisation has taken mortal body blows, first from Covid and then from the invasion. The world will become vastly different, resembling, perhaps an Orwellian world divided into three blocks, Oceania, Eurasia and Eastasia.

Now there is a further threat to the existing world order. Saudi Arabia is considering allowing China to price its oil in yuan, instead of the US $? Should that happen, it would be the beginning of the end of the petrodollar. It was the petrodollar which allowed USD to become the reserve currency of the world, thereby permitting Americans to live beyond their means, with the ability to bow or the difference. Take that away, and US loses its economic hegemony. Iran has agreed to sell its crude to India in INR.

This, then, would hasten the Orwellian trichotomy. USA is self sufficient in oil, grows enough food, and, with oceans on two sides and no threat from friendly neighbours, can afford to unwind globalisation. USA is the sole guarantor of free and open sea routes upon which global trade is based. So the consequences of a de-dollarisation and de-globalisation would be fraught with immense pitfalls. Not something to look forward to!

Government of India is monitoring India’s performance across 31 global indices with a view to improving it. One of the things it has to sharply and urgently focus on is judicial reform. Why this hasn’t yet been given enough attention to is alarming. Perhaps because nearly half the members of Parliament have criminal charges pending against them, (a crying shame that political parties give them tickets to contest). Until these charges are finally disposed off by the Supreme Court, the MPs can continue to contest elections, so they have a vested interest in judicial delays.

Judicial delays are a mockery of justice, alarmingly so in India which has a backlog of nearly 6 million cases in High Courts. The IL&FS case will drag on forever because of interminable delays in intertwined cases. None of the Ponzi scams like NSEL, Rose Valley, Sahara etc have reached a conclusion. The Government is, sadly, impervious to the pain of others. Not so, to the pain of its own banks, where it spends a lot of time, money and effort to effect recoveries from the likes of Mallya, Modi and Mehul.

Shankkar Aiyar opines that the mindless plethora of laws and regulations only ends up criminalising entrepreneurship.

So, it is a contradiction if, on the one hand, GOI seeks to monitor its performance on ranking in global indices, which is good, yet, on the other, it does little to streamline laws, curb  the concurrent corruption, and reduce the interminable judicial delays, all of which pull down our ranking. If GOI desires to improve, it must focus on correcting its weaknesses.

Reputed fund manager, Akash Prakash, opines that foreign investors are, for now, quitting India. Since October they have sold, net, stocks worth $ 20 b. (Higher than the $ 15 b. sold after the 2008 global financial crisis). Central banks, led by US Fed, are withdrawing global liquidity. Domestic retail investors have been buying, and providing support.

Yet Indian markets are trading at 20 times forward earnings, and at a whopping 65% valuation premium to emerging markets! That’s expensive! Can such valuations sustain?

Not with the rising prices of everything! Crude oil (India imports 85% of its requirements; the deal between IOCL and Russia will meet a small part of it), of coal, wheat, fertilisers, and other commodities are shooting up, as is the cost of money. Yes, the Indian economy will grow. But perhaps not fast enough to justify current valuations.

Demographics and agriculture – ticking time-bombs. Will the budget address them?

https://www.freepressjournal.in/analysis/remembering-verghese-kurien-and-how-much-the-country-owes-to-him Verghese Kurien -- the milk man of India RN Bhaskar 21 November 2021 is the date on which much of India will be celebrating the 100th...