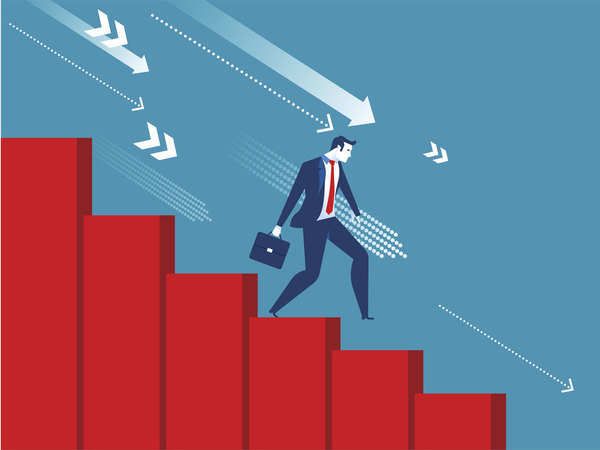 In this Economist podcast Larry Summers, former US Treasury secretary says that every time inflation has been above 4% and unemployment below 4%, the US has gone into recession (see at 5:23).  A recession is defined as two consecutive quarters with negative growth. In Q 1 USA declared a negative GDP growth of 1.5% in Q1 and if Q2 ending June 22 growth is also negative the US will technically be in recession.

The next largest economy, China, is struggling due to a variety of reasons, although it is still expected to show positive growth, perhaps the lowest in several years. The policy of zero tolerance to Covid has resulted in severe lockdowns in major cities, including Shanghai and Beijing, which has hit production badly, besides causing a supply chain disruption which has affected the world.

The next three largest economies, viz. Japan, Germany and UK, are also facing their own set of problems. Central Banks are raising interest rates to combat the inflation caused by years of over printing of money. If a recession is coming, central banks would  need to accelerate the pace of interest rate increases, to be able to provide a cushion to bring them down, to combat the coming recession.

On top of this is the increase in costs, and the supply shortage of, various commodities, including oil/gas, wheat, corn, fertiliser and other things, not forgetting semiconductor shortages. A shortage of fuel and of food has sparked riots in Sri Lanka, and expected to in Pakistan. Several African countries are facing fuel shortages, which affects healthcare (shortage of ambulances with no fuel), tourism and transport of goods, and of food. The global food production system is overly dependent on petroleum, as well outlined in the 2015 BBC documentary, ‘A Farm for the Future’. Whether it is in production (tractors and farm equipment needing fuel) or in transportation of produce (trucks) or in storage of food (cold chains), the industry is hugely dependent on fossil fuels. So, with a looming crisis in oil as well as in food, the future looks bleak.

Based on lower job postings, down 22.5% in all sectors except healthcare, this article expects a million layoffs in USA! Weekly jobloss claims in USA are at a 4 month high.

India’s GDP is expected by IMF to grow the fastest amongst large economies. But India, too, has its share of issues which it has not been able to tackle. Judicial delays, and the inability, or unwillingness (more likely the latter as the Government has demonstrated its ability to tackle several other issues well enough) to protect minority investors, is going to drag down econo5ic growth. The banking sector has lent injudiciously, resulting in huge haircuts. These range from 23% in the case of Essar sale to Arcelor Mittal to as much as much as 95%  in the case of ABG Shipyards.

Even as banks take huge haircuts for the larger borrowers, they are turning the screws on the smaller ones in the MSME (medium and small enterprises sector. It is the small guys, unable to fight the system, who suffer; witness the sorry plight of victims of scams in NSEL, Rose Valley, Sahara and others who silently await justice from a heartless and uncaring system. And if the alarm sounded by weather forecaster Skymet is any indication, the monsoons are delayed; and this would affect agriculture, and hence, GDP growth.

SBI has forecast India’s GDP growth at 8.5% but with a warning about uncertainty of data. It says, e.g. that even a 1% downward revision of the first quarter GDP growth estimate of 20.3% would reduce the full year growth from 8.5% to just 3.8%. This is startling! If figures of, e.g. GST collections are similarly overstated and subject to downward revision, then the India story would get diluted.

Last week the sensex was flat, rising 558 points to close at 54884. Given that foreign investors have sold aggressively, the steadiness is testimony to the continued support by retail investors. Many of them are first time investors, and have tasted the benefits of switching over from fixed deposits to equity. But they have yet to see a true bear market, and one would need to gauge their response to it when it comes.

Tough times ahead. Lighten, keep your powder dry and buckle up.

Wake up and smell the cornflakes!

MARKET PERSPECTIVE By J Mulraj Jun 20-25, 2021 The sad consequence arising from avoiding the real issues ­­The phrase ‘wake up and smell the coffee’ means to...