Home JMulraj Amid good developments, a lot of weaknesses 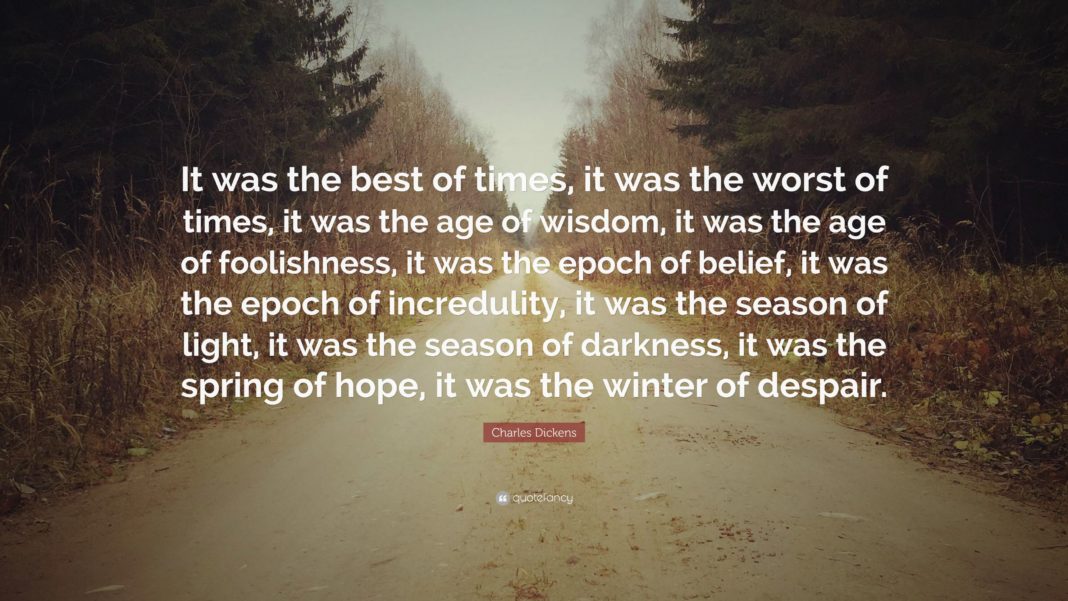 Which India do we want for our children?

India, today, is reminiscent of the famous quote of Charles Dickens, in A Tale of Two Cities

It was the spring of hope, it was the winter of despair

These columns have earlier pointed out to the possibility of India achieving a $ 5 trillion economy in a few years, pursuant to several good initiatives taken by the Government, and the fact that India enjoys a favourable demographic profile. The IMF forecasts India’s GDP growth this year to be the highest amongst large economies. India has a large domestic market providing a huge demand for all things, albeit at an affordable price. Though overly dependent on imported crude for its energy, India is fast developing a renewable energy base, and investing heavily in green hydrogen.

There are  five interesting trends that have emerged in India. For example, India has now emerged as the global leader in digital transactions, ahead of China and USA! For a country in which a large chunk of population was unbanked, (it was unviable to put up a brick and mortar branch in thinly populated rural areas) this is a signal achievement. It brings a large population into the official economic stream. India has developed a digital stack, UPI,  which is unique and scalable, to facilitate digital transactions.

Another fascinating factoid is that there are more internet users in rural India than in urban India, according to a Nielsen study, some 646 m. users aged 2 and above. So a combination of favourable demographics, a large domestic market, digital transactions, widespread internet penetration and attracting FDI through schemes like PLI (Production linked incentive scheme), would ensure sustained growth.

These are the best of times.

Sadly, there is also the worst of times, because the Government has failed to address systemic issues which it promised the electorate it would. The most urgent of these is corruption, which continues unabated. Almost every day there is a new scandal, often of money laundering, and arrests or inquiries, of politicians. Recently of DK Shivakumar, Satyendra Jain, and the Gandhi family in the National Herald case. It points to an unabated continuation of corruption and the inability, worse, unwillingness, to tackle it. Given that over half the Members of Parliament have criminal charges levied against them, this is unsurprising.

Six years ago, in 2016, the Government amended the Benami transaction act, removing some impediments to attachment of property of benami holders. Yet it has taken 6 years for the Government to attach properties of scamster Mehul Choksi, last week.

Indian politicians are quick to pass new laws each time a scandal erupts, as their gesture towards good governance. It is no more than a gesture, for the laws remain unused, gathering dust, as did the benami act which, incidentally, was passed in 1988, and only amended in 2016. So it lay, gathering dust for 34 years! A crying shame!! And a cruel mockery of the intention to weed out corruption.

Such laws are mere mutual back scratching devices.

Linked to this is the second, unresolved, systemic issue, viz. judicial delays. This is not surprising, given that more than half the MPs have criminal charges filed against them, but are permitted to contest elections until their cases are finally disposed of. The incentive to encourage judicial delays serves their interests.

It would take a Government with strong convictions and a desire to  improve the situation, to remedy this.

Another systemic flaw is the poor track record of the banking system, dominated by Government owned banks, aka PSBs. These continue to have about 70% share in deposits. Their lending record has been abysmal, allowing borrowers like Nirav Modi, Vijay Mallya,  Mehul Choksi and others to borrow large sums, and flee the country to domiciles which do not allow them to be easily repatriated. This, in turn, lowers the interest rates banks can offer on deposits, which, in turn, discourages savings and results in a re allocation of savings from fixed income to equity. Until 2018-19, India’s savings rate was over 30%, but it has started declining since.

Despite a bleak future, retail investors continue reposing faith in stocks, with bank fixed deposits providing a poor alternative. The after shocks of the Ukraine war are slowly unfolding. Oil prices are high, near $ 120/b. after Europe decided to cut back on Russian oil, excepting that provided by pipeline. India, which imports about 85% of its requirement, would face a wider current account deficit, hence a weaker rupee. There will be a shortage of wheat, as Russia and Ukraine provide about 40% of world supply, and of fertiliers, which impacts all crops.

Added to that is the QT (quantitative tightening) programme being launched by US Federal Reserve. In June, the US Fed will allow its bonds to mature, and not re-issue them. Starting June 2022, it will allow $ 45 b. bonds to mature, and thereafter at $ 95 b. a month. So the era of easy money with QE is, for now, over (till the next crisis).

Though the US posted an impressive job growth of 390000 jobs in May, its economy, reliant on consumer spending, is being hit by inflation and saw a negative growth in Q1 ended March. China’s economy has been hit by the zero-tolerance Covid policy which resulted in a lockdown of millions of people for months. Europe, hit by energy woes as Russia squeezes it, is also not going to be a growth engine. QT will assure tight liquidity, and central banks are raising interest rates to fight inflation.

So caution is advocated for investors, and boldness for policy makers, in tackling the structural defects, of corruption, judicial delays, poor bank lending and others. We have the potential to be a leading economy, but good governance is required to attain it.

Indian stock markets at a crossroad

INVESTMENT PERSPECTIVE By J Mulraj Nov 14-20, 2021 Is a short term correction due? India’s long term growth story is good, especially if the Government continues to continue...