Home JMulraj The insanity of the Ukraine war 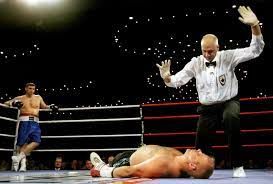 And the hypocrisy of nations

Vladimir Putin had for long been warning the West of his apprehensions about NATO’s eastward expansion, coming ever closer to his borders, thus posing an existential threat for him. When the assurances he sought were not given, he invaded Ukraine in March. The West swiftly imposed tough sanctions, which it believed would, by curtailing Russian trade, by denying it access to SWIFT, for payments, and by freezing the international reserves of its central bank, cripple the Russian economy, collapse its currency, and lead to its bankruptcy.

The West ought to have read Sun Tzu, who advised “Force him to reveal himself, so as to find out his vulnerable spots”.

The West, too, had vulnerable spots, perhaps more vulnerable than Putin’s neck which it sought to have a stranglehold over. For, Putin had control over oil/gas, the source of conventional energy,  without which both European industry as well as their homes, would find the going arduous.

Not only has the Ukraine war exposed mutual vulnerabilities of nations, and the inanity of allowing things to go so out of hand, knowing about the vulnerabilities, but it has also exposed the hypocrisy of nations and policy makers.

Read this article by C. Gopinath. You see, some of the pipelines supplying Russian natural gas to Europe passed through Ukraine, which was once a part of it. When Ukraine became independent, both countries had an arrangement. In return for allowing Russian gas to pass through its pipelines, Ukraine charged a royalty. Both sides were happy.

This usage of enemy pipeline infrastructure continued even after the conflict started. Ukraine was happy to get revenue from royalty, helping it fight the war, and Russia was happy getting revenue,  from gas sale, to fund the war.

The gas companies of both Russia (Gazprom) and Ukraine (Naftogaz) were state owned. So, even as the Governments were at war, the Government owned companies were happy to collaborate. The hypocrisy of economically cooperating whilst waging war, is evident.

Also  hypocritical is the accusatory finger pointed at India, by the West, asking it not to buy Russian oil, (provided at a discount to us) as it was funding the war. But, at the same time, European countries, especially Germany, were exempted from sanctions, and bought, as our External Affairs Minister S Jayashankar, so piercingly pointed out, more gas in one afternoon than India did in a month!

In the end the sanctions do not seem, as yet, to have succeeded in crippling Russia. Perhaps Biden may squeal before Putin may choke.

Russia’s currency has recovered more than the ground it initially lost, and its revenues from sale of oil/gas to Europe, in the first 100 days after the start of the war, exceeded the cost of it. So it is hypocritical, to say the least, of the west to point a finger at India for funding the war when it is Europe doing so, after being exempted from US sanctions for buying Russian oil/gas.

Russia has, by virtue of its 5 m. b/d supply of oil, got a stranglehold on a vital part of European anatomy, its energy dependence.

To reduce this dependency, several European countries are reverting to a greater use of coal, thereby watering the climate pledges they made. The transition to renewable energy will take time.

The military aid given to Ukraine is, in truth, a reduction of old inventory of weapons by the large US defence companies, who then get funded with taxpayer money, to replenish it. Thus Ukraine becomes a cause celebre to serve the purpose of replenishing old defence stock of weapons, making it sound like a noble cause. But there is nothing noble about war, nothing noble about the thousands of Ukrainians who have died or been injured, nor yet of the millions who have been displaced by the war, or have migrated to other countries. So it reveals the hypocrisy of showing a lending hand to a victim of war, but, in truth, disposing off old stocks of armaments, and replenishing them with tax payer money.

It looks like the biggest sufferer is Ukraine. It is like a boxer being knocked out, and badly injured and, instead of the referee (US/NATO) ending the count at 10 and awarding the match to the opponent, he continues to count, sprinkling water (weapons) on the vanquished, and egging the poor chap to fight on! It would be more prudent, if there was genuine concern for Ukraine, to encourage both sides to a settlement, instead of arming Ukraine and wasting money on a fight it can’t possibly win.

The situation has become more complicated, perhaps dangerous, with the denial by Lithuania, of transit facility from Russia to its enclave, Kaliningrad. Lithuania is in between the two. The only other way to transport goods and people is by sea, over the Baltic Sea, on which Kaliningrad sits. Russia has viewed this as a provocation and one is unsure of the actions it will take. Goldman Sachs opines that if Russian crude supply to Europe drops further, crude prices would shoot up.

Which countries can drive the markets up?

Not the US. In its fight against inflation, it must raise interest rates, which would trigger a recession. The fall in commodity prices indicates reduced industrial activity; copper, the most widely used, is at an 18 month low. There is a tremendous shortage of pilots in USA, leading to cancellations of flights, and disruptions of holiday plans. Also a shortage of independent truckers, who are unable to afford high prices of diesel. This will surely affect movement of goods by road.

Not China, so long as its zero tolerance to Covid policies continue, ensuring lockdowns of towns and cities, and manufacturing facilities. It is mainly the reduced demand for commodities from China which is

Not Europe, reeling as it is from shortage of oil/gas. It is reverting to dirty coal to keep its factories running and its homes warm. The energy transition to renewables will take far longer.

Not Japan, which, unlike other central banks, continues to pump in money. But its huge dependency on import of oil/gas makes it vulnerable.

India seems to be faring better. Its GST collections in June were up a whopping 56%, indicating a growing economy. One wonders why, instead of cutting rates (which will yield more revenue), the FM is, instead, raising them, and adding to the list of items eligible for GST. Beyond a point, this would be counterproductive, encouraging more cash transactions.

Foreign investors have, in 2022 so far, withdrawn Rs 28,000 crores from Indian equity. This is partly due to a flight to safety, in US, $ denominated, assets. And partly because other global investments have not panned out, so they are encashing the ones that did, like Indian equity.

China would bounce back once (when) it manages to conquer Covid, and lift severe lockdowns. It is unthinkable that Xi Jinping would reverse the zero tolerance policy; it would make him lose face. He is hoping for a third term, in November elections.

November will also see elections in US, to both houses of parliament. As per current reckoning, the Dems are likely to lose control of both. So, until November, Biden is unlikely to make unpopular, even if necessary, policy decisions.

So it looks as though a global recession is likely and, should that happen, stock markets would react further. But over a longer term horizon, the India story looks good.

INVESTMENT PERSPECTIVE By J Mulraj Jul 10-16, 2022 Markets are signalling a US recession Confucius said ‘one should not pick fight with one’s bullet supplier’ (Disclosure: Confucius didn’t...