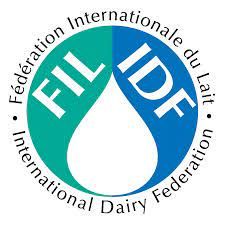 beginning today. Over 1500 delegates attended the inaugural address by Prime Minister Narendra Modi, Among those present were ministers from New Zealand (a major milk player, and which has lobbied India to import some of its dairy products — https://asiaconverge.com/2019/08/indian-bureaucrats-almost-shortsold-the-milk-industry-at-fta-cpec-negotiations/) and the Netherlands, among a host of other dignitaries.

As Parshottam Khodabhai Rupala, Minister of Fisheries, Animal Husbandry and Dairying in the Second Modi ministry, pointed out, the IDF was hosting its Global Summit in India after a gap of 48 years.  During this period India had witnessed a surge in milk production from 23 million tonnes then to 230 million tonnes. Incredibly amazing performance.  He also said that 48 years ago, India was an importer of milk.  It is now ready for furthering milk exports and is now self sufficient in milk.

Surprisingly, there was no mention about the man who made this miracle happen – Verghese Kurien, the milkman of India.  Maybe it was an oversight?

Prime Minister then inaugurated a short film on India’s achievements on the milk front.  The movie talked about Operation Flood, and NDDB (National Dairy Development Board).  Once again, there was no mention about Kurien who was the architect behind Operation Flood, and created NDDB (https://asiaconverge.com/2021/11/remembering-kurien-and-how-much-the-country-owes-to-him/).  Nor was there any mention of Lal Bahadur Shastri, India’s prime minister at that time, who gave the country its slogan “Jai Jawan, Jai Kisan (Long live the farmer and the soldier), and asked his government to permit Kurien to set up NDDB.  Today, India’s milk industry is the most profitable industry in the agricultural sector, accounting for over 24% of agricultural GDP.  It is bigger than rice and wheat put together.

During the Prime Minister’s address, there was once again, no mention about Kurien, though he did echo Kurien’s famous words (without mentioning the source), that he did not believe in mass production, but in production by the masses (https://asiaconverge.com/2016/04/milk-could-catalyse-economic-growth/).  The prime minister also spoke about cooperatives, another achievement of Kurien, and of money being paid to farmers on the same day (another achievement of the milk man of India). Yet he did speak about the strides the milk industry had made since 2014 (negligible when compared to the strides under Kurien’s helmsmanship).  And he talked about how his government was working to commercialise cattle dung, which was being used for biogas and CNG.

There was talk about financial allocations being made for the dairy sector – Kurien had done this without a singe rupee’s support from the government and had made it an amazingly efficient self-sustaining and profitable industry (https://asiaconverge.com/2020/04/for-milk-subsidies-is-the-path-to-perdition/). Even Yogi Adityanath who spoke immediately after the prime minister (the IDF summit was being held in Noida, which falls under Uttar Pradesh), talked about what he would be doing for the dairy sector, with allocations from the central government, without explaining why his state’s milk farmers are paid the lowest price per litre f milk in this country.  Estimates show, that if UP farmers were paid even Rs.26 per litre, the minimum support price in Tamil Nadu, the farmer would see his income grow by six times.

The summit is inspirational.  The success stories that are being showcased are truly inspiring.  But the biggest success story is missing – India seems intent in rewriting the story of the dairy industry in tis country.