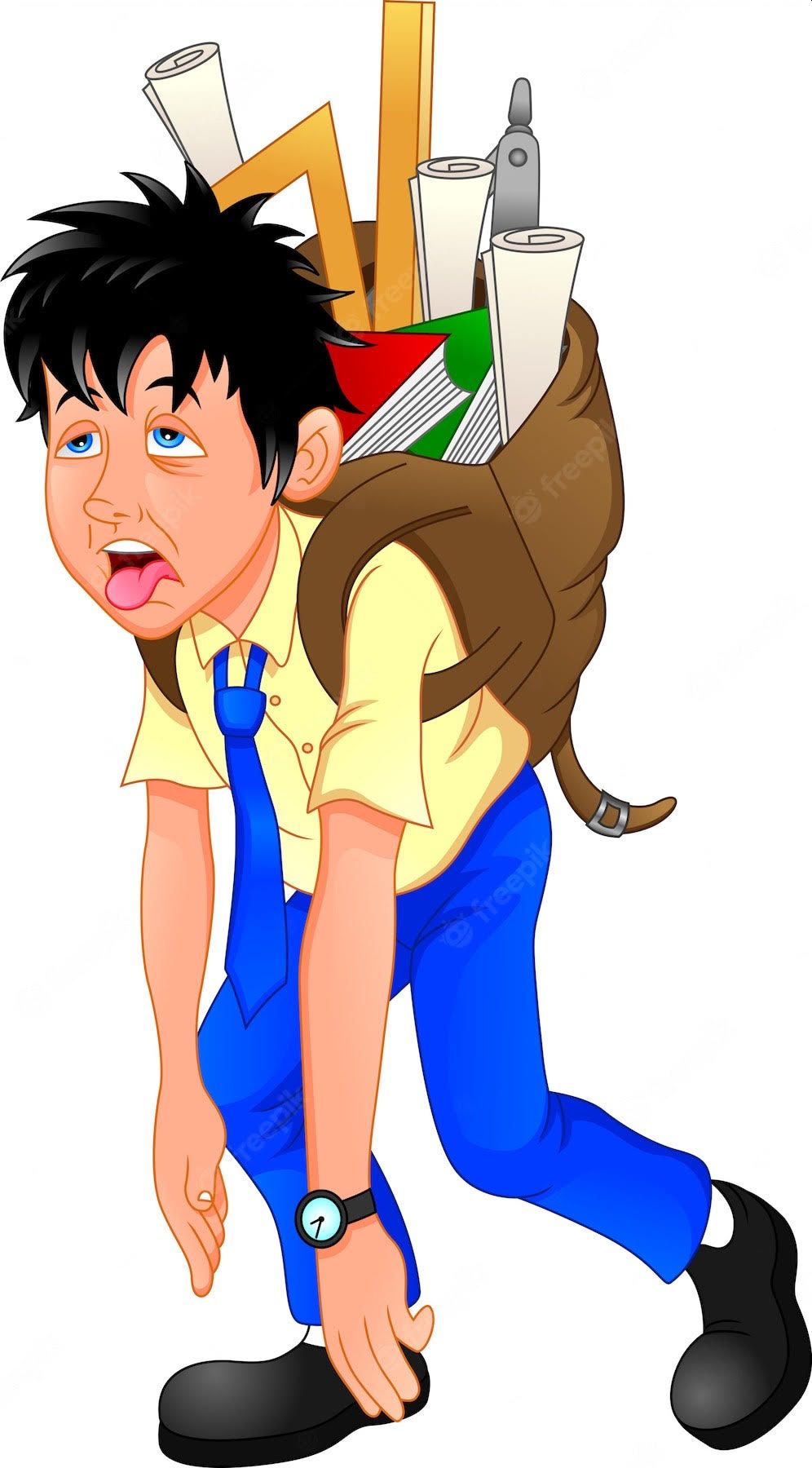 In 1955, Tennessee Ernie Ford wrote a song, ‘Sixteen Tons’, about the plight of nineteenth century American coal miners, underpaid, overworked, and forever in debt to the company store. A verse in the song is particularly poignant “You load sixteen tons, what do you get?, another day older and deeper in debt, St. Peter don’t you call me cos I can’t go, I owe my soul to the company store”.

The fate of the world, today, is similar to those coal miners. Central banks, having discarded the tether of a gold standard, have printed money and created debt, with a flagrant disregard for their ability to repay it. Global debt is $ 305 trillion, which, on a population of 8 b., which equals a debt of $ 38,125 per person, adult or child. Global GDP is $94 trillion, or $ 11,750 per person. So we are leaving our children with a legacy of debt that is more than three years’ income. What a shame, and what an act of irresponsibility of our polity.

The UNDP (United Nations Development Program) has stated that urgent assistance is needed in 54 countries, accounting for half the poorest population, who are highly indebted and unable to service debt. When the inevitable shortage of wheat, affected by the Ukraine war, hits, by December, they will be unable to compete with the richer countries, and will be devastated by famine.

The economic model the world has adopted, and which money managers desire, is of ever increasing GDP growth, which, of course, relies on increasing consumption (contributing 70% of GDP). Increased consumption is spurred by the ease of swiping a piece of plastic, or, now, pushing a few buttons on an app based smart phone. The painless ease of buying on credit ultimately results in debt, and the pledging of the soul to the company store.

In this lies the dilemma, on whose pointy horns sit central bankers. They are raising interest rates in order to tame inflation, but, by doing so, make servicing the $ 38,125 per capita debt even more difficult. But, by not doing so, they makes inflation rise further, denting the ability to consume more and boost growth. Perhaps Odysseus had an easier time navigating between Scylla and Charybdis than Jerome Powell does, steering between inflation and recession.

It is tough to see how Powell can successfully achieve a soft landing out of these stormy waters. He will need to stick to his course of raising interest rates (the Fed fund rate is currently 3-3.25%) until it is higher than the inflation rate, which exceeds 8 %.

Each hike imposes an additional cost of servicing past debt, now at $ 31 trillion for USA. It also increases the burden of pension funds, which are underfunded, to meet their obligations, and of mortgage borrowers with variable interest rates, and run the risk of a foreclosure. Students who had taken education loans faced that 16 ton burden, before Biden transferred it to taxpayers. European citizens will face the 16 tons burden as energy costs rise to double, or more, usual levels, as a consequence of the folly of sanctioning their energy supplier without having built an alternative pipeline, something that a junior factory manager would have planned for.

Inflation is caused by several factors, including supply chain bottlenecks (such as lockdowns of plants in China due to continuation of an ineffective zero-tolerance Covid policy), excessive money supply (caused by QE) and rise in demand (US consumers had saved a bit of the QE and created a  $ 2 trillion nest egg, which is now being used).

Chinese demand, which had reduced, due to the zero-tolerance policy, appears to be reviving. As per this article new energy vehicle sales in Sep were up 38% yoy, to 2.3 m units.

In sharp contrast, Europe’s auto industry is reeling from the energy crisis caused by the Ukraine war. Auto consultancy S&P Mobility says, in this video that, under the worst case scenario, European auto sales could drop 40%.

In China, Xi Jinping is expected to win an unprecedented third term, mid October. Should that happen, and should he then relax his zero tolerance policy, it would lead to an opening up of Chinese demand for commodities, driving up their prices, and thus causing further inflation. Ergo, a continuation of rising interest rates.

Russia is holding out the carrot of being able to open up energy supply to Europe instantly, but not if EU seeks to impose a price cap for Russian oil and gas . The EU seeks to enforce such a cap using their control over shipping and insurance. In short, Russian oil invoiced above the cap would be denied shipping and insurance. It would, however, be a challenge to implement a cap.

The IMF has reduced its forecast for India’s GDP growth this year, from the earlier estimate of 7.4%, to, now, 6.8%, but states that India remains a bright spot. This is borne out by the ₹ 6.5 trillion direct tax collection figure (up 35%) upto Sep 8, 2022. Unlike Europe, facing power cuts (UK has 3 hours/day of rolling power cuts) and higher electricity bills (more than double in some countries) the Indian Government has managed to avert this energy crisis.

The insanity of the war is very evident to all. Besides the horrendous loss of lives, and injuries, caused for both sides, the destruction of property and wastage of resources on weapons that destroy, when there is a crying need for constructive expenditure, is evidence of a complete loss of values by the global leadership. There are surprisingly few calls for discussions leading to an end to hostilities. In fact, under a Turkish initiative, both sides had agreed to terms for a negotiated peace. This was scuppered, for reasons unknown, by some political leaders.

Last week the BSE Sensex closed at 57919, down 272 points over the week. US core inflation is at 6.6%, a 40 year high, indicating that the Fed would need to keep interest rate hikes at, perhaps higher, than 0.75% at each meeting, for longer. This, in turn, could lead to the Democrats losing control of the Congress and maybe the Senate.

With rising interest costs, higher labour costs (to compensate workers for inflation) and, rising oil prices, perhaps, should China open up after Xi wins a third term, rising commodity prices too, corporate profit margins will be squeezed. This could lead to a de-rating, and perhaps a further fall of maybe 20% in stock markets. The India story is good, and it’s GDP growth better, despite which, it’s market can fall, too. India remains vulnerable to high energy costs, a weakening currency, and a mountain load of pending cases in its judicial system.

What could turn the tide would be a negotiated end to a war that never should have started. At the G20 meet in Bali, mid November, world leaders, including Biden, Putin, Xi and others would be present. If, somehow, a 5 letter word, sense, prevails over a 3 letter one, ego, something wonderful can happen.

If sense doesn’t prevail, it will succeed in driving Russia and China closer. Russia has built a gas pipeline, The Power of Siberia 1, to transport gas to China, and pipeline 2 is being constructed. The Eurozone would find high energy costs both uncomfortable for the citizens, and unaffordable for its businesses. Protests in several European cities against NATO have broken out, and will get worse as temperatures drop. OPEC Plus has cut its QUOTA (not its production) by 20%. It allocates a production quota to each member; oil production was already lower than the quota by more than 20%.

In the medium term, rising input costs, and interest rates, will, by depressing corporate earnings, cause a re-rating, and a fall.

Over the longer term, the world will need to curb its proclivity to spend, and to consume, financed by debt. Global debt is over $ 300 trillion). Rising interest rates make debt servicing impossible. Witness the collapse of the British bond market after a foolish mini budget introduced by Liz Truss, causing BOE to pivot and pump in a £65 b rescue plan. Perhaps some Governments may resort to confiscation of some assets. Bail-ins f stressed banks, in Cyprus, for example, led o a seizure of large bank deposits.

The unfettered expansion of money by a few central banks will need to be curbed. A gold standard, or some such, would need to be introduced, to rein in debt. Individuals, too, will need to curb consumption heeding the words of Mahatma Gandhi, that there is enough for everyone’s need, but not for everyone’s greed.

Can we change the lyrics to 8 tons?