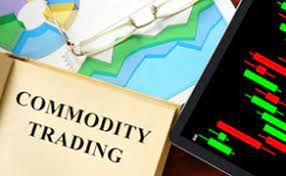 A primer for policymakers on commodities trading

This was the claim made by earlier governments as well.  But when one looks back, one finds that governments have often taken one step forward, and one (sometimes two) backwards.  This was true of the past.  It is relevant for the present as well. And unless policymakers are educated about the real facts on the ground, it could be the case for the future as well. 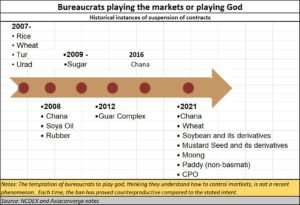 Better still, look at the way successive governments have meddled with commodity markets.  Policymakers think that they can control markets and pricing by banning them periodically (see chart).  The irony is that neither have the markets been controlled the way the government wants them to be, nor have the prices.

In fact, as can be seen from the chart, futures trading in more commodities have been banned in the recent past than in previous years.

The usual argument put out by policy makers to justify ban in futures trading are two:

First derivatives (futures trading is strictly a derivative) are speculative. Secondly, they cause prices to go up.

And, yes, they are gradually gaining popularity.  If you consider just the NCDEX, more than 12 million tonnes of agri commodities have been delivered through its platform since its inception. All sections in the value chain — right from FPOs (farmer producer organisations)  to millers, processors, traders, exporters, importers etc. — have participated in such derivatives contracts traded on the exchange.  This has helped them hedge their price risk as well as tender / receive deliveries.

In spite of this, on December 19, 2021, the market regulator SEBI imposed trading restrictions on derivatives contracts on

The results were quite the opposite of what policy makers said would happen. Apart from price discovery and risk management tool, futures price also reflect how the demand and supply dynamics are likely to play out over the next few months thereby providing a tool for effective planning for farmers.  When futures trading is banned, prices become volatile and the markets actually create the right conditions for them to increase, not stabilise.  This has happened with crop after crop.

This hurts farmers, who take price signals given out by futures market and then decide if they should grow a specific crop for the coming year.  They also know when to liquidate existing stocks.  In the absence of such signals, farmers make less informed decisions, and often lose out.

It is also true that many farmers lack such skills of interpreting the signals given out by futures trading.  Hence many of them operate through FPOs.  Since 2016, 439 FPOs representing over one million farmers have already been on-boarded. Out of these, 155 FPOs representing over 4.30 lakh farmers have successfully used NCDEX’s platform to hedge price risk for over one lakh tonnes (valued at close to Rs.488 crores) in 18 commodities till July-2022. Apart from that, farmers through FPOs have also realised remunerative prices by delivering 12,346 tonnes of commodities through the exchange platform

Similar, anti farmer, anti consumer and even anti-national results have been observed when governments ban export of agri commodities, or ban imports.  Both measures only confuse 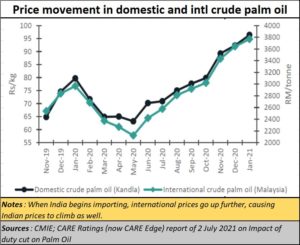 farmers who then choose to stay away from such crops.  That in turn causes farmers to produce less of such crops, resulting in higher domestic prices.  Governments use this as an excuse to import the crop, with disastrous results.  Foreign suppliers know that the time is ripe to increase prices, and the landed prices of such imports usually end up higher than prevailing domestic prices.

That in turn persuades traders too to match their prices with imported prices, and prices climb.

The losers are farmers who could have grown this crop and made some money.  The loser is the country which now has a higher import bill.  The biggest beneficiary is the trader, often with excellent connections with policy makers.

This is what happened with pulses a few years ago (https://asiaconverge.com/2017/05/how-pulses-imports-drove-domestic-growers-to-the-ground/).  And this is precisely what happened with edible oil.  In the cas of edible oil, the willingness to import, rather than give better minimum price support (MSP) to farmers has meant that the country which used to produce more than three-fourths of the domestic demand for edible oil, now produces barely a third (https://asiaconverge.com/2022/01/the-government-lets-down-indias-edible-oil-industry/). .

Policy makers need to realise that it is in national interest to let domestic farmers make more money on agri produce than foreign players take this money away from India.

They need to be advised against using import of agric commodities as a means to colol domestic prices.  That seldom happens.  On the contrary, it fuels further price increases.

Finally, as farmers see higher prices in any commodity in futures exchanges, they will produce more of that crop.  Commodity markets will then automatically pay lower prices when production levels fall.  But futures prices warn farmers in advance that prices could fall, making them wary of allocating huge resources to such crops.  Eventually, it baances out agricultural production, leading to healthier markets, happier farmers and less corruption and unfair practices.

But will policy makers pay heed to such advice? 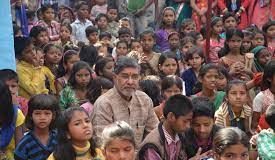 The curse of being an abandoned child in India