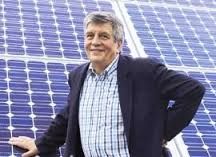 And in his passing away, the solar power industry lost a great visionary, and a champion of green energy.

He was the prime mover of FIT, which was first explained in Germany’s 2000 RES Act.

What Scheer did was to create a set of laws that:

(a) Allowed each rooftop of each house to be fitted with solar panels which were subsidised by the government.

(b) Allowing for the creation of agents who would fit such panels on rooftops of houses, allow households to use as much of the solar power they needed, and to sell the remaining power to the agent.

The agent acted as an aggregator of such power which he then sold to the power grid at a guaranteed price of 15 cents per unit for a period of 20 years.

(c) In just eight years, the solar power industry in Germany employed more people than the automobile and engineering sectors.

(d) Today 2% of Germany’s power comes from such solar generating units. On sunny days it is as much as 10%. And its share is likely to increase dramatically in the coming years.

As a result, by 2009, feed-in tariff policies got enacted in around 63 jurisdictions around the world, including Australia, much of Europe, Iran, Republic of Ireland, Israel, the Republic of Korea, South Africa, Thailand, Turkey, in several states of the US, and is gaining momentum in China, India and Mongolia.

But what makes Germany unique is that it allowed every household to become a power generator.

This is of critical significance to a country like India, where there are more buildings per square kilometer than in most countries in the world.

Moreover, with land being scarce, the rooftop suddenly begins to have both economic and national significance.

As Germany’s experiment gained momentum, several bright innovations got introduced causing the cost of photovoltaic or PV solar power modules to fall from an unacceptable high of almost $30 per watt of installed capacity to less than $3 and is now slated to fall below $1.

Solar electricity costs too are continuing to fall.

By making every house a power generator, Germany effectively did away with the exclusive monopoly of a few producers to enter into (often cozy) relationships with government owned grids.

India could do with this type of policy because it would make every house in every city a power producer.

At the village level, solar power could do wonders. Since power is already being offered to rural areas, especially to farming communities, at highly subsidised rates, the government could work out a method whereby they could capitalise the subsidy amount for the next 15 years, and actually allow a reverse-bidding process to set up the most cost effective solar plant.

On a typical day running costs of solar power station are zero. A village with 10,000 houses would need a 1 mw farm which generates power during the day to feed pump sets and sends the excess to grids for city consumption.

The electricity board can charge the panchayat only for the net power consumption (if any!) by the village which will be a strong motivation for the village to both conserve and maintain the facility.

Moreover, since there would be little need for power transmission lines, the capex and recurring costs in maintaining gridlines up to villages could be avoided.

The amount saved could be used to finance rural solar power plants. Overnight, the country’s dependence on coal and diesel for powering electricity plants would diminish.

Thus, India could create more jobs, decentralise power generation, reduce capex on transmission and distribution lines, and even make households earn some money for the surplus power they sell to the grid.

Equally important, it allows India to reduce the amount of pollution coal-based thermal power plants are known to cause. (This two-part series concludes) 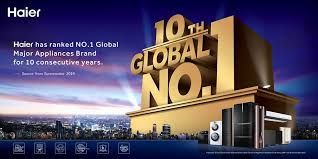