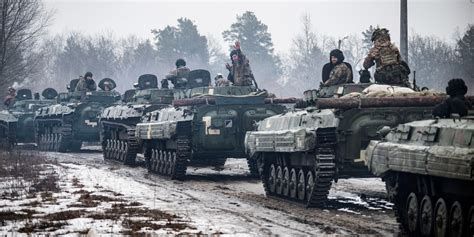 The Ukraine war may revive the Pearl Harbour bombing of 1941

The war will end.  The leaders will shake hands.

The old woman will keep waiting for her martyred son. The girl will wait for her beloved husband.  And those children will wait for their heroic father.

I don’t know who sold our homeland. But I know who paid the price.

Nobody wants a war in the first place.  Except for the US.  This is notwithstanding its much-advertised claims that it is against the war. If it really does not want the war, let it agree to Putin’s primary demand that NATO’s advance eastwards must stop; that Ukraine should not be inducted into the NATO. The US refused pointblank; though, from the little that we have learnt, France and Germany, the two heavyweights in the EU, were amenable to this suggestion.

But why should the US want a war?  Simple.  A war would allow it to put more pressure on its European allies, including the UK (Tony Blair was often lampooned as a poodle of the US during the Iraq war — https://www.ft.com/content/1b706386-fe22-11db-bdc7-000b5df10621) into snapping all ties with Russia.

But why was cutting off all ties with Russia important for the USA?  Because it wanted Germany to scuttle and mothball Nord Stream2 (https://asiaconverge.com/2022/02/the-us-wants-to-checkmate-germany-not-ukraine-over-nordstream2/).  To understand why the US was against Nord Stream2, we must look at the major crises confronting the US, and which could weaken it further. 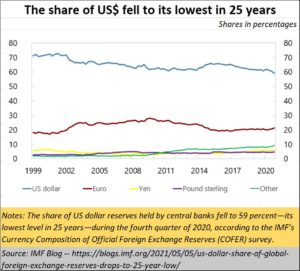 First, the US was hemorrhaging.  One of the biggest strengths it has enjoyed for the past seven decades is that it has become the de facto currency in the world.  This position was reinforced after the gold standard was jettisoned after the Bretton Woods agreement in 1944. Being the global currency meant commissions for every cross-border  transaction – commissions had to be paid for first converting a currency into the USD and then from the USD to the desired currency. Moreover, it gave the US tremendous power over the global financial system, including the SWIFT.

But thanks to its own mistakes, as well as the rise of other economies, the US share as a global currency is slipping. This is essentially on account of two factors.  First the rise of more affluent and powerful nations (like China) which do not wat to trade in the USD. Then you have more and more countries trading in currencies other than the dollar, and without going through the dollar exchange route.  This is something that the US detests.

Many analysts believe that Saddam Hussein of Iraq and Muammar Gaddafi of Libya were willing to sell oil in non-USD currencies.  The price of impertinence is regime change, even death.

The US is no stranger to regime change. The list is (tragically) long.  There is an even longer list of instances where it has joined armed conflict (https://en.wikipedia.org/wiki/List_of_armed_conflicts_involving_the_United_States).  It often works through other players, but is not unwilling to get involved directly as in Iraq, Syria, Libya, and Afghanistan.  It has abetted assassinations as well (remember Iran’s Gen Qasem Soleimani — https://www.bbc.com/news/world-middle-east-50979463).

Nothing is sacred – laws (international laws violated), culture (the clay tablet of Sumeria and Mesopotamia blown to smithereens), or human lives (Read Harold Pinter’s Nobel Award Acceptance Speech of 2005 at https://www.nobelprize.org/prizes/literature/2005/pinter/25621-harold-pinter-nobel-lecture-2005/) . And it does not mind acting without the consent of the UN Security Council either.  It chooses to use the council only when it wants to embarrass others who have not supported it.

It did so brilliantly, by concocting a story around a non-existent Princess Nayirah (https://youtu.be/wEGUWCmQ8Qk and https://asiaconverge.com/2021/01/the-inevitability-of-trumpism/) which gulled the EU into asking for a Security Council meeting to order Saddam Hussein out of Kuwait.

It is doing this once again, using the Ukraine war into an excuse for calling a UN security Council meeting.

It has imposed unilateral sanctions against countries it does not like, once again without UN consent. It did so against Russia a decade ago (in 2013) which in turn made Russia sign a pact with China to supply it oil directly (https://www.industryweek.com/the-economy/article/21960574/russia-china-sign-unprecedented-270-billion-oil-deal#:~:text=Putin%20said%20that%20under%20the%20contract%20Russia%20will,oil%20directly%20to%20the%20Chinese%20region%20of%20Mohe.).  That meant that this oil would be sold in non-US currency.  It did so with Iran again, which too began supplying oil to China.  Both oil deals were yuan denominated, hence out of the dollar basket.  This happened with other deals as well – with Sri Lanka, with several African states, and is now being tried out in South America. That in turn partly explain why the US does not like China.

But then, it must be noted, that the US pushed them into China’s arms. 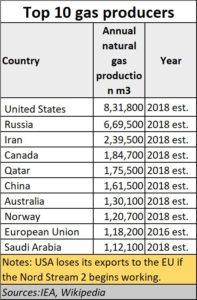 Back to Ukraine.  Germany is building a huge pipeline – Nord Stream 2 – which connects Russia to its shores.  That assures it timely and cheaper oil and gas.  Presumably, this deal too will be either rouble or Euro denominated, thus shrinking the dollar basket further.

The US has substantial interests in oil and gas.  Almost every refinery and oil or gas field in the Middle East has the US as a substantial shareholder.  Its closest competitor is Russia.  Unlike the US, Russia does not have a large population, though its land mass is three times larger (than that of the US). Hence, it has more oil and gas to export than does the US.  The stronger Russia gets, the smaller does the US$ basket become, and the weaker it gets.

The EU accounts for almost 30% of US gas exports.  That will mean less business for USA.  It will also bring Germany and Russia closer, which USA finds repugnant. This deal must be stopped.  Germany isn’t willing.  Hence, the need for an incident (like the Nayirah episode) that brings EU do the bidding of the US.

So, it moots the idea of Ukraine becoming a NATO member, even though it does not comply with the NATO membership rules.  That riles Russia, along expected lines.  Russia mobilises troops for a 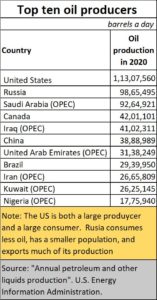 military exercise, but with a warning that it will not brook Ukraine joining NATO.  It wants an assurance from the US that this will not happen.

The US refuses to give that guarantee, though Ukraine does make mollifying sounds.  But the guarantee must come from USA.  In the absence of this guarantee, Instead, NATO members begin shipping arms and trainers to Ukraine. In turn, Russia recognises two breakaway territories of Ukraine. In the face the staunch refusal by the USA to limit NATO’s membership, watching arms pour into Ukraine, Russia moves into this territory.  Russia will probably ensure a regime change in this country, which will not permit overtures to the US or to NATO.

In any case, war is good business for the US.  It can sel arms.  Rising oil  and gas prices benefit the US oil lobby. And the errant party (in the US’ eyes) is given a bloody nose.

To understand the Ukraine-NATO-Russia situation, it is imperative to go back to the 1990s, when talks about Germany’s unification were underway with Russia.  Both Mikhail Gorbachev and Helmut Kohl were willing to work together, but the understanding was the NATO would not be allowed to move eastwards.

Unfortunately, the US ensured that territories like Poland,  Hungary, the Czech Republic and seven additional countries from Eastern Europe were allowed to join NATO (https://www.worldatlas.com/articles/nato-countries.html#:~:text=NATO%20Members%201%20Belgium%202%20Bulgaria%20%2A%203,Germany%209%20Greece%2010%20Hungary%20More%20items…%20).  Russia was being ring-fenced. Now Ukraine was being seduced.  It was strategically more important because it has access to the sea (even after losing Crimea). Russia was understandably livid.

The US knew this would happen.  It kept pushing the envelope further.  Russia was left with no choice but to retaliate. Additional sanctions were imposed. Germany announced that it would stop pursuing clearances for Nord Stream2 (but did not say anything about scrapping the deal). So, now the US wants a UN Security Council (UNSC) resolution condemning Russia.

That won’t happen easily, because Russia and China are permanent members, and have veto powers as well. When the meeting was called, India, China and the UAE abstained. Russia vetoed the resolution. 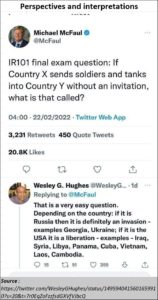 The US is now desperate.  Its potential for mischief is immense. Its control over media sources like the CNN and the BBC among others is legendary.  It has unleashed them to paint Russia as an aggressor and a destroyer of human lives (not a mention of how the US has been the biggest user of weapons of mass destruction, even depleted uranium which is now causing malformed babies).

Such media sources have glossed over the 1.5 million killed in the Middle East wars, and instead shriek murder when a few hundred die.  It is never a fair deal with such media players.  A twitter feed puts it quite succinctly (https://twitter.com/WesleyGHughes/status/1495940415601659910?s=20&t=7r0EqZoFzzfsdGXVfVJbcQ).

The US forgets the Japan episode, when it attacked Pearl Harbour since the US had ringfenced it. It had no option but to send its planes to the US shores. There were no nuclear missiles then.  This time, as the US tries to ringfence Russia, the reaction could be the same, but with nuclear arms.

These are extremely dangerous times.  Once there is deployment of nuclear missiles, The contamination is bound to cripple the EU as well.  That is why the US must be stopped.  It has loved waging wars on other people’s territories.  This time it might bring its own territory to the fore. And the retaliatory fire will first contaminate and cripple the EU.

Of course, the US won’t give in that easily.  At stake is the position of the dollar, the sale of arms which is vital to its economy, and the sale of oil and gas.  Together they make a heady combination. Expect big trouble ahead.

As Mahmoud Darwish put is quite eloquently, “I don’t know who sold our homeland. But I know who paid the price.”

http://www.freepressjournal.in/analysis/manufacturing-continues-to-disenchant/1114582 Manufacturing gets pushed aside in India — By RN Bhaskar | Aug 03, 2017 06:48 am The government talks about strengthening the manufacturing backbone of India.  Slogans of...