Expect public sector banks (PSBs) to come under increasing pressure in the coming two years. They will groan under swelling non-performing assets (NPAs). People, who thought that the worst was over in 2016, need to do a re-think.  NPAs will worsen for PSBs in the coming year. The ratio of short-term funding gap to total assets could test the 15% mark by the end of this year (see chart).  NPAs could account for almost 12%. This was disclosed by the India Ratings & Research (Ind-Ra) team at a media briefing in Mumbai last fortnight. Ind-Ra is a Fitch Group company.

The numbers suggest that PSBs have ‘eroded’ their entire collective net-worth. Private sector banks appear to have weathered the financial turbulence much more capably than their PSB counterparts. They appear to have managed their provisioning with greater due diligence. More importantly, they have disbursed loans with a lot more of banking prudence. Financial prudence, after all, is supposed to be the bedrock on which banking structures are built.  Somehow, many PSBs forgot this.

Many bankers buckled under pressure from powerful people — which include politicians and bureaucrats and even industrialists (who in turn are close to legislators and administrators). Some other bankers colluded with them to show clever ways of giving out more funds than prudence demanded, which in turn points to poor internal controls, checks and balances. Some bankers just preferred to look the other way, opting to stay clear of the rot that was creeping into the PSBs. Often it was a bit of all the three.

Private banks penalise managers who overstep prudential norms. A good example is the manner in which a foreign bank ‘eased out’ three of its very top managers for ever-exposure to a ‘leading’ Indian industry house.  The bank is now trying to recover these huge sums. One seldom sees such penalties being imposed on defaulting PSB managers.

As data gleaned by Ind-Ra from the annual reports on banks shows, seven PSBs are likely to face the most severe of financial constrains in the coming years. The worst in cumulative funding [gap/assets (%) as of March 2015 will be Vijaya Bank, followed by (in that order) Andhra Bank, Dena Bank, Oriental Bank of Commerce, Syndicate Bank, Allahabad Bank and IDBI Bank].

This means that the forthcoming budget will have to spell out some guidelines for the development of the AT1 market.  Last year saw a very weak appetite for such bonds – barely Rs.130 billion of AT1 issuances have taken place so far with insurance and pension funds. The biggest deterrents are regulatory hurdles and inadequate price discovery.

The government has already recapitalised the PSBs by Rs.250 billion, and may contribute another Rs.1 trillion more towards CET1. A huge gap remains uncovered, notwithstanding several schemes announced by the government.

That the PSBs are sitting at the very edge of a precipice is evident from Ind-Ra’s own estimates that around one-third of the corporate sector borrowing from banks is deeply stressed. These assets account for almost 21% of bank credit. Only half of this has been recognised as impaired assets in the banks’ books. The sectors that are bleeding the most are companies in the steel, power and construction sectors. Ind-Ra expects the stress from PSB exposure to highly leveraged corporates to persist over the next few years.

Ind-Ra expects the impaired asset ratio to inch up to 12.5% (including asset-reconstruction-company (ARC) receipts, but excluding Discom bonds) by the end of 2016. It estimates that banks may have to take a ‘haircut’ (banker-speak for writing off debt) totalling Rs.1 trillion of such distressed assets (see chart).

Without government support, many of these PSBs will simply fold up.

And this is where the government can be accused of being most indifferent to the vulnerability of the common man. Deposit insurance remains capped at Rs.1 lakh per account. This is ridiculous! A person may have a deposit of Rs.10 lakh, but the maximum he can get as a guaranteed refund is merely Rs.1 lakh! It should be at least on par with the minimum income tax slab. There is little concern for the depositor who has helped the banking industry grow.

This absence of a safety net becomes all the more critical considering the flawed structure of banking in general. A man is the owner of the money he has in his cupboard or under his pillow. But once he gives it to the bank, he is no longer the owner, but is a sundry creditor. If there is a run on the bank, the bank’s secured creditors will get paid first, not the depositors. Only the residual sums will be paid to the depositors – if at all.

That is why deposit insurance needs to be raised urgently. It is one way of telling depositors that the government cares.

Unless this is done, more savvy and wealthy customers will prefer to keep their money in gold bonds or ETFs or even overseas. That will not be very helpful either for the government or for PSBs.

The two Ind-Ra documents can be obtained from here: 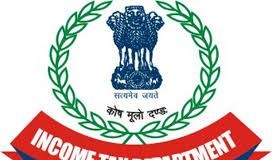 http://www.firstpost.com/india/euthanasia-debate-relieving-a-human-life-from-agony-is-not-himsa-2783646.html Maharashtra’s misdemeanours The Income tax data released by the government of India last fortnight has thrown up some very interesting figures (http://www.freepressjournal.in/income-inequality-taxes-and-the-indian-state-rn-bhaskar/845855). Start with the...