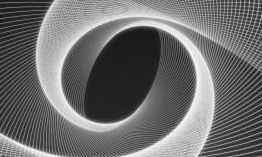 Paytm already facilitates around 300 million payment transactions per day and has set a target of 1 billion by 2020. By January 2016, the company’s Gross Merchandise Value (GMV) stood at $2 billion. It hopes to triple this by March 2017.  Much of this could be from its recharge business, which is a high-volume, low-margin business.

On the back of the increasing smartphone penetration, Paytm has been adding 2 million wallets per month and had 15 million active wallets within 10 months of its launch. The company has already begun to offer its platform to IRCTC to facilitate payments in much the same way it does with customers of Uber cab services.

The irony couldn’t have been greater. Till just five years ago, IRCTC was India’s largest ecommerce company (see table). By 2015 it was selling 181 million tickets online.  Now compare this with startup Paytm. The latter has already begun targeting revenues of around Rs.700 million by the end of this year, through at least 10 million wallet transactions a day, and want to touch the billion-rupee mark before 2020.

Its management was recently quoted in the media stating that while recharges continue to be the single largest business, the company has been witnessing a huge growth in bill payments as well. Almost 20% of its transaction value comes from bill payments.  Paytm’s market dominance is confirmed by Nielsen’s own rankings. It is by far the top mobile payments app (see chart).

Few could have anticipated this line of business, or even growth, just five years ago. In fact, there is no reason why a bank could not have done what Paytm has done.  After all, banks are aligned with credit cards, which in turn make payments.  But credit cards displayed the same stodginess that banks generally show. They refused to lower their merchant commissions, and were reluctant to accept micro payments. While this has changed nowadays, the fact is that the stodginess of banks and credit card companies allowed for the emergence of players like Paytm.

One driving force that will continue to propel all financial transactions through the mobile phones will be the cost per transaction. This is because, while banks bear a cost of Rs.40 or more per transaction, mobile phones involve a cost of under 20 paise. With more information on customer usage patterns being now made available through the internet and the mobile phone, with more data on the identity of individuals (thanks to digitisation of identities through Aadhaar) and with increasing public trust in the payment systems that players offer, expect a surge in mobile and web-based transactions in the coming years.

But before anyone lets out a whoop of joy, a couple of warnings need to be put into place.

First, the market urgently requires a regulator for online transactions. The current practice of having an Ombudsman with the RBI may prove to be inadequate. As such payment platforms proliferate, the danger of identity theft, wallet theft and impersonation looms large. Better encryption is one answer. But having a cyber cell that is capable of prompt action, and tracking the source of mischief, is the desperate need of the hour.

The police cybercell is no solution. It is ill-equipped to handle cyber-crime. It often relies on private consultants to deal with some of the most basic tracking solutions. Anecdotal narrations abound about complainants coming to the police with the findings of their own private investigations, which the police then act upon immediately. Unless the cybercell departments of the police and the RBI are strengthened, expect many small people to get duped.

A second issue relates to the misuse of PAN and Aadhaar card information (http://www.freepressjournal.in/bringing-more-transparency-in-gold-trade/805277). Currently, it is very easy for anyone to get a new telephone connection using the PAN/Aadhaar details of someone else. Touts who peddle mobile telephone connections offer these services quite brazenly – at a price of course. While the earlier practice was to use someone else’s PAN card details – in collusion with someone within the mobile telephone and courier companies – the new game is to use Aadhaar cards.

Unlike PAN cards, Aadhaar cards do not bear the signature of the holder.  And most Aadhaar cards sport photographs that are barely recognisable – even less so when they are photocopied. There is almost no way for anyone to verify the genuineness of an Aadhaar card holder because the faces on the cards are unrecognisable.

Reissuing Aadhaar cards is too expensive and time-consuming a proposition. But sending out mobile and email alerts each time a new mobile connection or a fresh transaction is registered can considerably reduce the incidence of malpractice. Providing each card holder access to a web page where he or she can view a list of such registrations every day would be an added help.  Fraudulent use of such cards can be detected almost immediately.  It is time to empower each person with the ability to detect fraudulent use of such cards, and report this promptly.  The rapid growth in mobile transactions requires considerable tightening of verification procedures regarding issue of new SIM cards.

Will the government wake up? Or will it wait for a big scam to prod it into action?