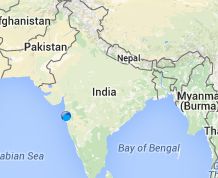 In an insightful document that Ambit Capital brought out on 5 April this year, (on Sizing India’s demographic bomb), the authors highlight a stark reality that confronts India.

It talks about the ticking demographic bomb that North India has become.  North India houses a population that has little education, and has fewer women and jobs than most other parts of the country. In fact, this is precisely what a senior World Bank (WB) representative told a group of Indian industrialists in Mumbai almost ten years ago.  At a gathering, one of the industrialists waxed eloquent about the demographic dividend that India enjoys.  The representative shook his head and softly murmured, “Do you remember Iran.  Just before Ayatollah Khomeini assumed power, Iran was supposed to enjoy a democratic dividend.”

But Iran then had few jobs for the youth.  And it had focused very little on good primary and secondary education. Good education allows people to climb the economic ladder.  Its absence can make the situation explosive .

But Iran, after the revolution, had two good things going for it.  First, the new regime — even though it was called fanatical by Western powers — never forgot the need to provide soft infrastructure. It focused on education, the need to dispense justice quickly, economically and efficiently, and to create enough facilities for good healthcare.   India, in contrast, has slipped on all the three fronts.

Second, Iran focused on affordable housing for young couples who would need them.  It did this also to overcome the crippling economic sanctions imposed by the west. Affordable housing required little foreign capital, and depended largely on locally available raw material and labour. Iran survived and thrived.

Now it is time for India to find its own solutions quickly.

Also do bear in mind that the national literacy level of 74% is an illusory number.  In India literacy is defined as anyone who can read and write the letters of his or her name. So if you can spell Ram and write it too, you are technically literate.

Moreover, as study after study has pointed out, the quality of education in Indian schools is crumbling to the point of being pathetic. The actual rate of literacy would thus be less than 20%.  The Northern states would sport the worst numbers.

Ask the students of Std VIII or IX to do simple multiplication, division, or write a single sentence grammatically (in any language). Give them questions that bright Std III students can answer.  Chances are that barely 30% of the students would be able to give the right answers to any of them.  Linguistic and mathematical literacy levels have plummeted – more in the north and east, than in the west and the south.

That is why it is good that the HRD ministry has recently moved an amendment (to end the policy of automatic promotions) to the Right to Education (RTE) Act. The automatic promotion policy mooted by Kapil Sibal, the former union minister for education, would have hobbled primary and secondary education further.  Repealing of this clause could still hold out a ray of hope.

There is also a desperate need to upgrade teachers.  Linking incentives to good teaching could be one way.  Another way would be to restrict financial grants for schools that do not improve on the scores of children who have scored good marks in an earlier class. Taking away a school from an existing management (if it underperforms on objective evaluation parameters) and handing it over to a management that does a good job of educating children could be a final step.  But unless one addresses school education, you will continue churning out students who appear literate, but lack the competence to be useful to any profession.

There is an urgent need to roll back the Nehruvian vision of focusing on the large.  Instead, there is a need to focus on basic schooling.

And that is where the second decision the HRD ministry took last week, of allowing IITs to raise fees, is a good sign.  The government wants to focus on subsidizing school education.  Higher education may have to learn to finance itself a bit more than before.

But beware of the electoral compulsions in the North. Politicians have a way to inflame the passions of a restless youth — largely jobless and without the required education.  Rent-a-mob practices could become endemic here.  And it does not take much to transform a restless, angry crowd into a mob.  Can this government keep mob fury under check?

Can educational standards and the sex ratio be improved in the Northern states?  Or will they be allowed to implode with raucous cries supporting little understood causes — religion, ban on cow slaughter or conversions — none of which help boost economic productivity.  Watch how the sex ratio has worsened in the 0-6 year category for the states of Jammu & Kashmir, Uttarakhand, Delhi, Rajasthan, UP, Bihar, Chattisgarh and Madhya Pradesh.  These are also the states (excepting Delhi and Chandigarh) where the quality of education in schools is terrible.

If India can change these numbers, there could be cause for celebration. Else expect trouble and violence to rack North India. This could soon spill to other states, and even stoke secessionist fires. If not handled carefully and quickly, the north could actually destroy India.

Diamonds may not be safe for investors any more