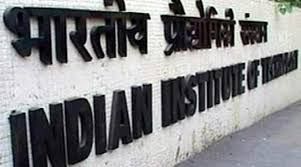 The IIT (Indian Institute of Technology) fee hike has highlighted once again the very lopsided approach of the Indian government towards higher education. Much of this lop-sidedness has a lot to do with the vision of the first Indian prime minister, Jawaharlal Nehru. Nehru had lofty plans about large scale projects and the best of class universities. But in pursuing the best, he often forgot that the best can survive only when the base is sound. And at the base are the smallest of institutions that also need nurturing. Thus the salary of the policeman, the bureaucrat, the teacher and the judge was kept at the bare minimum. And the school was almost forgotten.

The government’s intentions to finance all the sectors of education – primary, secondary and higher – was laudable. But it was impractical. As a result all the three have suffered. A glance at the table will throw some more light on this. Today, even though India talks about a demographic dividend, the total number of employable graduates in the country is pathetically low. If one were to put all graduates – arts science, commerce, medicine, engineering, law, etc – into one basket, the total number would account for just around 3.7 percent of India’s total population (Census 2001 numbers).

However, even this figure is misleading. At least half the graduates cannot even read or write in any language properly. Their numeric capabilities are not up to the mark. And if one goes by what McKinsey’s, Nasscom and recruiting heads have to say, not more than 20-30 percent of the graduates are employable in the skills they are supposed to have specialized in. In other words, all the readers of this column, and the author, would belong to just 20 percent of 3.7 percent. We therefore belong to a wafer thin community of less than 1% of India’s population. While some may interpret this as a matter of pride; the fact is that this is a national shame. It means that 80 percent of the money that has been spent on higher education was not worth the expenditure. The outcomes do not justify this spend. But don’t blame the colleges. The rot lies in the way our schools function. For the last 70 years there has been no national level evaluation of the competence of teachers. And nobody talks of one more test that is required. I may be competent, but may not be inclined to work. You need to create a method by which the incremental scores achieved by each student in the next higher class are attributed to the teacher. The teacher who managers to get positive outcome marks is good; the one who does not may need to be weeded out of the system.

But that will not be possible till teachers are paid a salary that is good enough to attract talent. This is not the case now. Ask the average child in college, and he or she would prefer to go into the financial services, work with an MNC, or with a good domestic enterprise. Teaching would be the last thing on his or her mind. As the saying goes, when no other option is left, the person finally opts to become a school teacher. Most schools have poorly talented teachers. The government needs to upgrade their skills by matching skills with higher pay. It needs to evaluate students at least twice during their ten year stint in schools, to find out the competence of schools. That will reduce the rush of students going to colleges. It will improve the quality of students taking admissions in colleges. Hopefully, in a few years time, almost 50 percent of graduates will be employable as against 20-30 percent now. The poor state of schools is one reasons why the institutes of higher learning must learn to fund themselves. The money that the government spends on higher education could then be used to revamp school education. The first step for the likes of IITs to get their funds would be by increasing fees. Yes, SC, STs, and the meritorious may be allowed scholarships, but at no cost must the entry level standards be diluted. This is a condition that politicians often forget, very conveniently. An inept student is perfect fodder for campus politics and the most corrosive element when it comes to eroding educational standards.

The second step would be to upgrade teaching capabilities. Without good teachers, even the existing lot of graduates will drift towards unemployability.
The third step would be to allow more colleges and universities to admit foreign students who pay anywhere between 4-10 times more than resident Indian students. This is the practice in the US, the UK and Australia. So why has India shied away from it? We do it for tickets to museums or to monuments – where foreigners pay entry fees 10 times (or more) higher than what locals pay. Why not with education? That will allow foreign students to cross subsidise the cost of education for Indians. To do this, Indian institutes must become better at the business and craft of teaching and education. That is a key imperative.

As the fourth step, allow the IITs and the IIMs to set up campuses overseas. They have already requested the government for permission to do so. While private management colleges have done this, the IITs and the IIMs are still awaiting government clearance. What this does is that the campus gets global recognition. It also earns the ability to hire the best talent overseas, at globally benchmarked remuneration levels, because it can charge higher fees. In turn, such an arrangement allows institutes to send these teachers employed overseas as visiting faculty to their Indian branches at virtually no additional cost. The students get a global mix of teachers, and the teachers are exposed to various cultures. The benefit goes to the educational institution and the home country as well. For some unknown reason, the government has not allowed Indian institutes to grow. Instead, it has preferred to meddle in its administrative affairs.

Finally, cleanse the universities of archaic systems of evaluating research. Peer review by globally recognised academic leaders is a must if we have to create room for better research. It is only then that many other Indian institutes – like some of the best IITs in India – will start getting fully-funded research projects from the industry. That will become the next level of funding. As educational institutions gain in prestige, it will not be difficult for it to get its alumni to contribute to creating chairs and scholarships for their alma mater.

The possibilities of financing higher education are many. There is never a shortage of money. But there is always a shortage of good intentions, and good planning.

This is the final segment of our series on the IIT fee structure.

Part 1: IIT fees hike: Jump from Rs 90,000 a year to Rs 2 lakh is still not high enough and here’s why
Part 2: Indian students abroad: The darker side of India’s higher education myopia 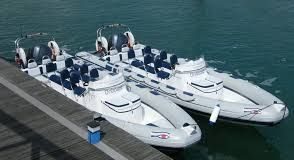 If the govt promotes leisure boating, India would become the No...

This article appeared in DNA on 13 Dec 2010. URL not traceable. But a pdf copy of the article can be got...